Romania is one of Europe’s most interesting countries with fairy tale castles, medieval towns, snow-capped mountains and incredible wildlife. With its location at the crossroads of central and south-eastern Europe, Romania’s history has not been as idyllically peaceful as its natural landscapes.

Many are familiar with Romania’s post World War II history as a communist-bloc nation under Nicolae Ceaușescu, but there is so much more. Present-day Romania includes four major historical provinces: Transylvania, Wallachia, Moldavia and Dobroudja. The Romans, Goths, Huns, Bulgars and Slavs all laid claim to the region before bigger armies and empires of the High Middle Ages came into play. Wallachia and Moldavia offered furious resistance to the invading Ottoman Empire, while Transylvania was successively under Habsburg, Ottoman, Hungarian and Wallachian rule. It was not until 1862 that the union of Wallachia and Moldavia became a recognised independent state under a German Hohenzollern monarchy. After the First World War, Transylvania and other territories also became part of the Kingdom of Romania. A constitutional monarchy until the onset of the Second World War, it became a military dictatorship under Ion Antonescu until 1944, and then a Communist dictatorship headed by Nicolae Ceaușescu until 1989.

The capital city, Bucharest, boasts glorious Belle Époque and stark Communist-era buildings including the world’s second largest building, the Parliament Palace. This is the perfect place to begin a tour of the country, with Transylvania only a short drive away. A mysterious land of fairytale-like medieval villages, Gothic castles, legends of vampires, fortified churches and the mighty Carpathian Mountains, Transylvania is the real highlight of a trip to Romania. The region’s idyllic pastoral charm makes it a perfect pairing with the hustle and bustle of Bucharest.

Transylvania is home to some of Europe's best-preserved medieval towns, most notably Brașov, featuring Old Saxon architecture and citadel ruins; Sibiu with its cobblestone streets and pastel-coloured houses, and Sighișoara, adorned with a hilltop citadel, secret passageways and a 14th century clock tower.

There is no shortage of jaw-dropping castles pitched precariously on rocky hilltops. The most famous of these is Bran Castle, near Brașov, a Gothic fairy-tale structure, often associated with 15th century Wallachian Prince Vlad the Impaler, the inspiration for Bram Stoker's Dracula.

Transylvania is a melting pot of different cultures and customs caused by centuries of invasion and migration, including Romanians, Hungarians, Saxons, Ottomans, Jews, and Roma Gypsies. All of whom shaped the region’s history. Some of the most valuable treasures of Romania are owed to the German populace that settled in Transylvania starting in the 13th century, known as Saxons or sasi in Romanian.

There are 150 well-preserved Saxon fortified churches dating from the 13th century dotted around the region. These served as a defence against the invading Ottomans until the 18th century. Seven villages were awarded UNESCO World Heritage status in 1993, including Viscri and Biertan. The quaint, colourful village of Viscri include a fortified church and traditional Saxon houses even charmed Prince Charles, who loved it so much that he bought a farmhouse there and has campaigned to preserve the town. In Biertan, the 15th century Saint Mary’s Church towers overlooks rolling hills and vineyards.

In ‘the land behind the forests’ (trans silvae in Latin), natural beauty is delivered in abundance by the stunning Carpathian Mountains, which curve around the southern edge of Transylvania. The Carpathian Mountains are home to wolves, lynx and Europe’s largest population of brown bears. Around 5,000 bears roam the oak and beech forests. It is no longer possible to track or watch bears in the wild, but you can visit the Libearty Bear Sanctuary, which has rescued and rehabilitated over 130 brown bears from abuse and captivity. They roam freely around 69 hectares of oak forest in a fenced off area. 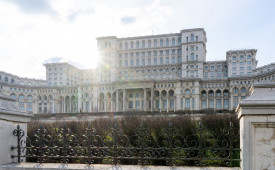 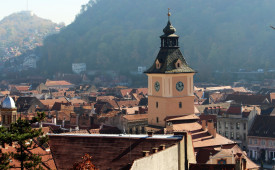 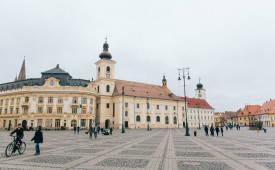 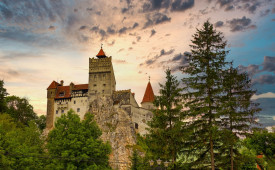 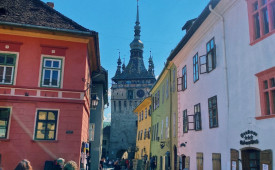 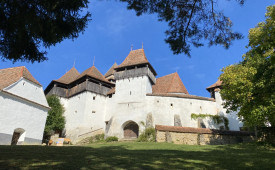 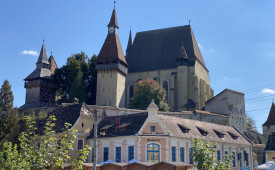 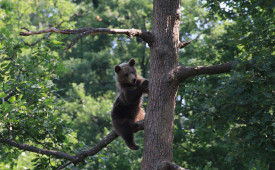