Sicily is an island of superlatives. The finest Greek temples in the world, the best preserved and most extensive Roman mosaics, the highest and most active volcano in Europe and, of course, the best ice cream in the world!

For more than 3,000 years, a myriad of civilisations have discovered, conquered and made their mark on Sicily. The largest island in the Mediterranean, it is one of Italy’s 20 regions, separated from the mainland by the strait of Messina. Its capital city is Palermo.

Evidence shows that Sicily was inhabited at least 10,000 years ago. By the 8th century BC, Sicily had Greek and Phoenician settlements, with Syracuse becoming the most populous Greek city in the world by the 3rd century BC. By the 3rd century BC, Sicily became the first Roman province and was held until the fall of the Roman Empire in 5th century AD. Sicily was then ruled during the Early Middle Ages by the Vandals, the Ostrogoths, the Byzantine Empire and the Emirate of Sicily. The Norman conquest of Italy led to the island becoming the Kingdom of Sicily, a state which existed from 1130 until 1816. During this period of independence, Sicily changed hands between of the Aragonese, Castilian and Bourbon crowns until 1860, where Sicily became part of Italy. It later gained regional autonomy in 1947 and in this sense, Sicily has a relatively new ‘made in Italy’ identity.

Sicily is an island of contrasts, with sparkling blue seas, smoking volcanoes and rolling green mountains. The island is mostly mountainous and volcanic activity is intense. Sicily is home to Europe’s highest active volcano, Mount Etna at 3,326 metres.

Sicily is bursting at the seams with architectural gems. In the north, Palermo and Monreale are teeming with Arabic domes and arches, Byzantine mosaics and Norman cathedrals, while the towns of Erice and Castelbuono boast evocative remains of Arab and Norman castles. In the southeast, there is an array of Baroque masterpieces, including the golden hued churches and buildings of Noto.

The Greeks and the Romans were an integral part to Sicily’s early history and as a result, they established a number of important cities which are now archaeological sites. The most important Greek city was Syracuse and is home to a number of well-preserved Greek and Roman ruins. On a ridge near the town of Agrigento are the ruins of a 6th century Greek city, Akragas. Still remaining are seven Doric temples, now known as the Valley of the Temples. Outside Piazza Armerina is Villa Romana del Casale, home to the best collection of mosaic floors anywhere in the Roman world. 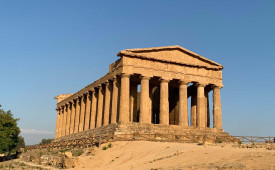 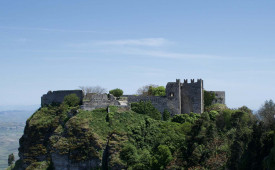 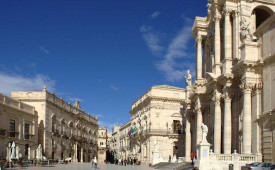 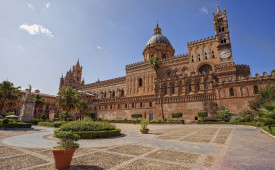 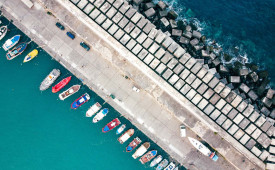 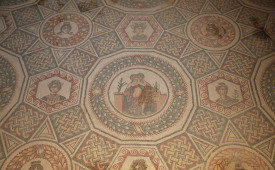 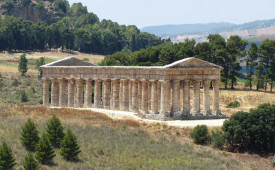 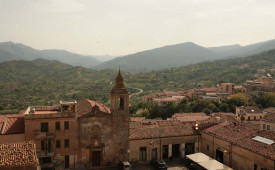 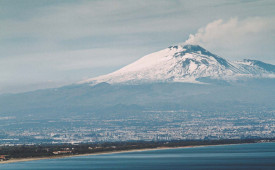