Known as the ostrich capital of the world and forming part of the Klein Karoo area of the Western Cape, Oudtshoorn is situated at the foot of the majestic Swartberg Mountains. The town itself is small and friendly, with wide streets, offering an authentic taste of rural South Africa. It is an ideal stopover for those en-route to or from the Garden Route, and as such has developed a healthy tourism industry.

Within 30km of the town there are several interesting attractions. Not only is it surrounded by spectacular scenery, it has developed an attraction out of the historic ostrich-farming industry. With increased demand for ostrich feathers from Europe, farmers in the mid-1800s switched from mixed crop farming to the more profitable ostrich farming, an endeavour which has fed the town’s economy, in one way or another, ever since. Today you can take a tour of one of the 400 farms that surround the town, learning about the history of the trade, as well as weird and wonderful facts about these strange birds.

The world-famous Cango Caves are among the top ten most visited South African attractions. The caves are located a short drive outside Oudtshoorn. There are designated paths which take visitors through the huge caves, and showcase the best of their stalactite and stalagmite formations.

Another popular attraction is seeing the meerkats emerge from their burrows before sunrise, and learning about these incredible wild habituated creatures on an early-morning tour. 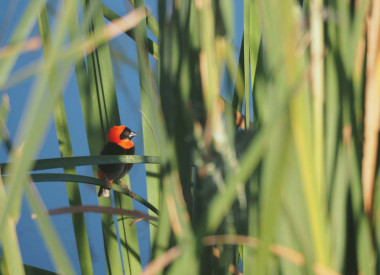