Rio is an immense city in a stunning location, with beautiful bays, hills rolling into the ocean and tropical beaches. Portuguese sailors first arrived at what is now Rio in January 1502. Thinking that the bay was the mouth of an enormous river, they named the place January River – Rio de Janeiro. However, the area was not populated until the 1550s, when the French established a garrison, and the city was not founded by the Portuguese until the following decade. The city grew rapidly, and with the discovery of gold in nearby Minas Gerais, Rio really started to prosper. Rio was the capital of the southern states of Brazil, with Salvador the capital of the northern states. Although Salvador briefly became the sole capital of the country, Rio grew to become the most important city in the country, and became the capital of the entire country in 1763.

In addition to gold, sugar cane cultivation became central to the city’s prosperity, and African slaves made up a large proportion of the city’s population, and much of the city remained poorly developed.

When Napoleon invaded Portugal, the Portuguese royal family fled to Rio in 1808, and a transformation of the city began, with street lighting and paving, and prosperous coffee barons built their mansions in the city.

Brazil declared independence in 1822, and was a monarchy until 1889, when it became a republic. Rio remained the capital, until 1960, when the capital was moved to the new city of Brasilia. Throughout this period, Rio grew rapidly as a commercial centre, with the tunnel linking the centre to Copacabana opened in 1892, as the city expanded. Many colonial buildings were torn down as the city was remodelled, with grand avenues, parks and buildings.

The city has undergone several changes since, and many of the buildings are now high-rise concrete structures, with very little left of its colonial past. Much interest now lies around the beaches to the south of the city, where many local cariocas (residents of Rio) go for recreation. Although no longer the capital, the city remains one of the most vibrant in all of the Americas with a fantastic nightlife and culture.

Read our blog about when Luca revisited Rio de Janeiro after 18 years. 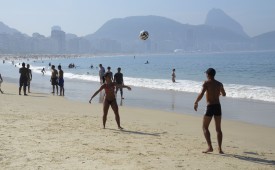 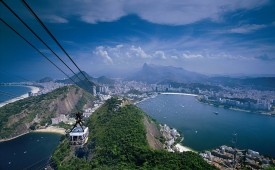 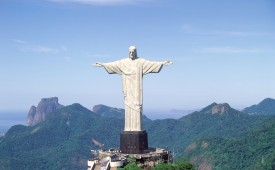 Corcovado and Christ the Redeemer 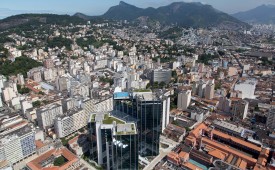 City Centre and Other Attractions