The former capital, Vlorë is the third largest city of Albania. It is culturally one of the most significant cities in the country being the site of the Assembly of Vlorë on 28th November 1912 when the Albanian Declaration of Independence was proclaimed.

The city boasts an eclectic history being founded by the Ancient Greeks, conquered by the Romans, Byzantines, Normans, Venetians, Ottomans and, finally, being ruled by the madcap dictator Enver Hoxha.

From here it is also possible to explore the ancient Greek city of Apollonia. Much of the historic city is yet to be unearthed and excavation is sporadically taking place, however, a wander through the old centre offers a chance to view a range of spellbinding archaeological treats such as the amphitheatre and the vast pillars of the city’s administrative core. 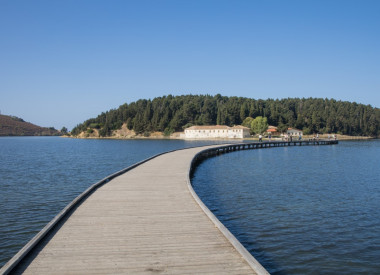