In stark contrast to the colourful Sighișoara is the more toned-down village of Viscri which exemplifies traditional rural Transylvania. The white walls of this Saxon settlement standout against the verdant green pastures surrounding it. Visit the white fortified church which the settlement is best known for. The village has a famous admirer in the Prince of Wales who owns an 18th century guest house here and played a pivotal role in the fight to save Viscri during Ceaușescu’s campaign of destruction of Romania’s traditional villages. 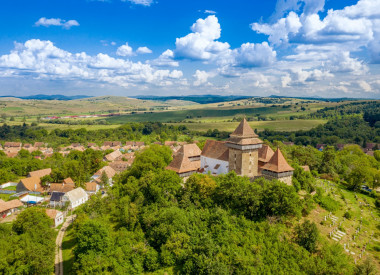