Chiclayo is a bustling modern city, although with little to see or do in the city itself. Many buildings have corrugated iron roofs and ugly bare brick walls. However, it is one of the most important archaeological areas in Peru, with the very important sites of Sipán, Túcume and Sicán all close by. The fabulous treasures of the Señor de Sipán are housed in the Royal Tombs of Sipan Museum in nearby Lambayeque, and are one of Peru’s star attractions. Chiclayo makes a good base for visiting the different sites, and despite the occasional whiff of fishmeal in the air, the city is very vibrant and has good hotels and services.

The area was inhabited long before the arrival of the Spaniards, and was an important base for the Moche people. There is a legend that says that in the bay of San José, just north of Chiclayo, Naymlap, a chieftain of a foreign tribe, arrived on a fleet of rafts, founding the Chimú culture. This flourished around the same time as the Inca Empire, and was renown for its wonderful works in gold. In the mid 15th century, the Inca Pachacuteq conquered the Chimú people, along with all coastal civilisations in Peru.

In the city, the Mercado Modelo, is worth visiting. This has a wonderful naturalist section. Here, many incredible items can be found, such as baby caimans, toucan heads and beaks, snake and jaguar skins and giant angelote fish eggs. These are generally used to concoct potions to cure many ailments. The San Pedro cactus is also on sale here, which has hallucinogenic effects. Wandering round the market is an fascinating experience. 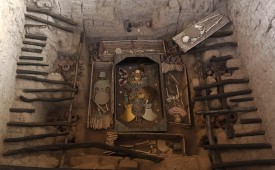 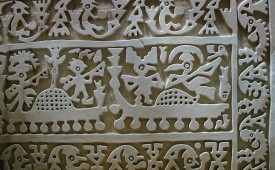 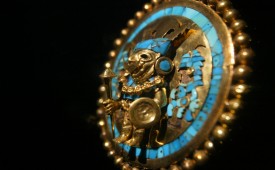