Taquile is the most developed of the Peruvian Titicaca islands, and there is a hospital and a school here. The island is only 8 square kilometres, and rises to 4,015m, 200m above the level of the lake. The views from the island are spectacular, with the green vegetation contrasting with the deep blue waters of the lake and the white mountains of the Cordillera Blanca on the horizon. There are several Inca and Tihuanaco ruins on the islands, mostly at the peaks, and it is easy to visit these, although more difficult to get any information about them.

The island has been inhabited since Tihuanaco times, and was also occupied by the Incas. When the Spanish conquered Peru, the Catalan Pedro Gomez de Taquila arrived on the island, giving it his name and several Catalan traditions. For example, the floppy woollen hats worn by the men are of Catalan origin, although these have been adapted to the island. There are three different types of hats denoting married men, single men and men of important rank on the island. The islanders still lead traditional lives, and handcrafts continue to be one of the most important activities on Taquile. It is common to see the men of the island knitting while walking around, usually making the floppy hats they wear. Many of the crafts are for sale in the town, with a co-operative fixing the prices, so you cannot haggle. The quality of the knitted items is high, and so are the prices. 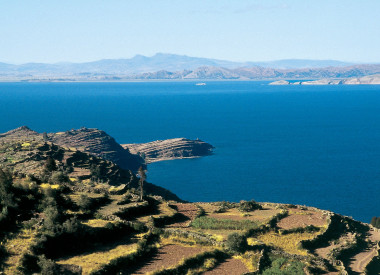