Rabat, the capital city of Morocco, lies between the Atlantic Coast and the Bou Regreg River. Formally founded in the 12th century by the Almohad Caliphate, the city steadily grew over the centuries, however, experienced an extended period of decline and by 17th century became a haven for Barbary pirates. The city was rejuvenated in the early 20th century when the French made Rabat the country’s administrative centre after establishing a protectorate over the country and was formally appointed the capital city in 1956  when independence was granted.

The city is known for landmarks that showcase the influence of its Islamic and French-colonial heritage. Of particular note is the Kasbah of the Udayas, a Berber-era royal fort with formal French-designed gardens. The city’s iconic 12th century Hassan Minaraet stands tall over the ruins of the mosque below. The mausoleum of King Mohammed V, who led the country to independence, is also housed within the city.

The city itself is one of wide boulevards, beautiful whitewashed public buildings and lush gardens. 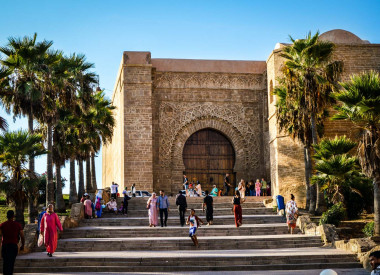