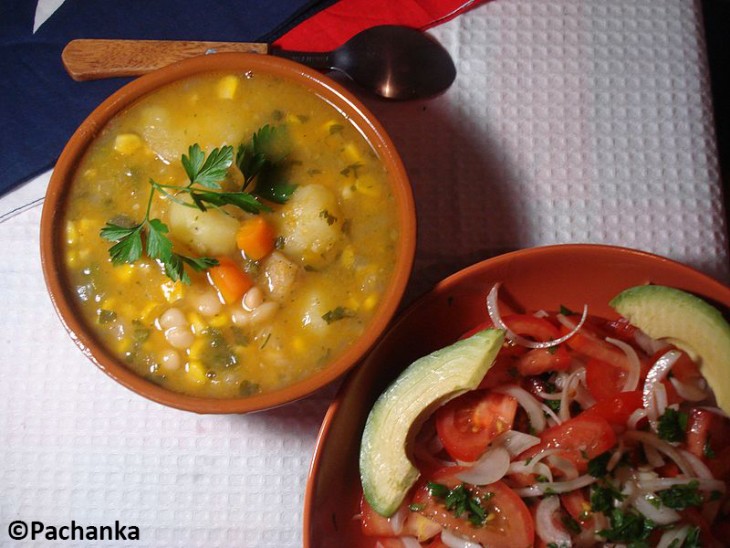 Food and culture are intertwined and as eating is a universal activity, it is a great way to experience a new destination. In South America the individual dishes vary but there are some key ingredients which span the continent – maize, rice and meat. Many of the dishes below are served with one or more of these ingredients as a side dish. There is also variation between the coastal and highland dishes, mainly as the highlands experience cooler temperatures. There are endless dishes to try but if you’re not staying for long, you might not get to sample all of them. These are the dishes that deserve a taste whatever the length of your stay. 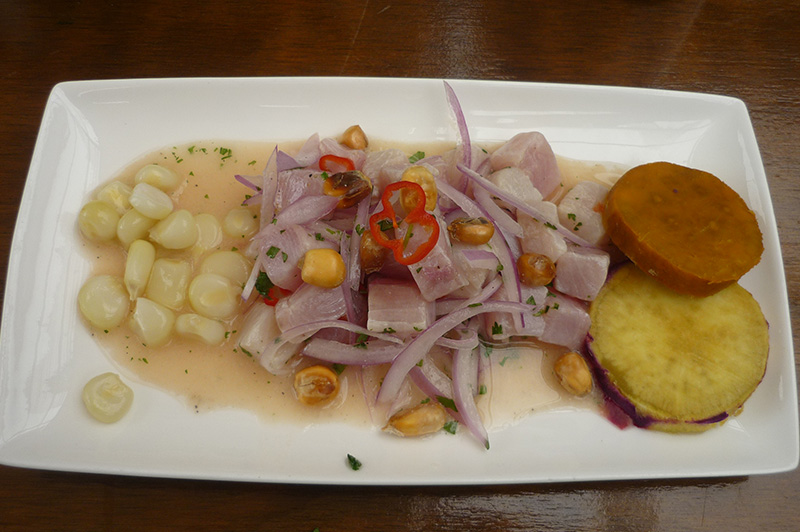 Seh-bee-che:  Ceviche is a delicious, fresh fish salad, made using raw fish or seafood marinated in lime juice. It is frequently served with patacones, coriander and corn, and sometimes a few slices of potato. It is served widely in Peru, although the Ecuadorians also do a version of ceviche with shrimp and tomatoes. 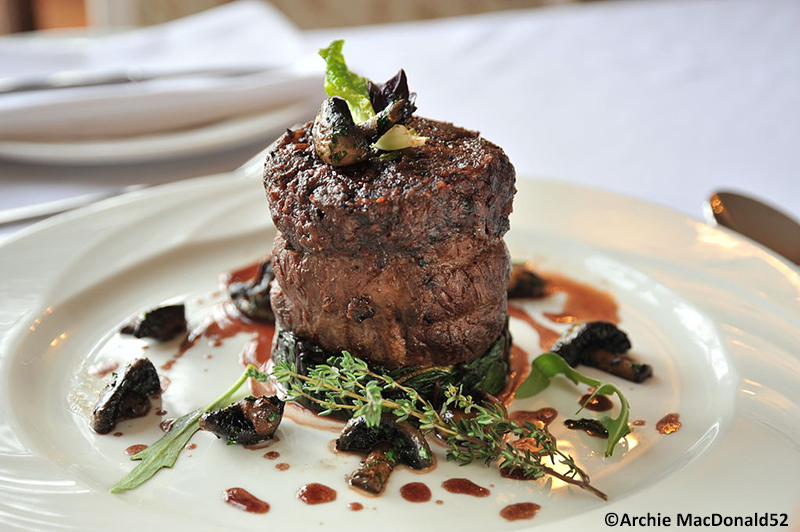 Steak in Argentina is renowned and you’ll soon see why if you try it. Partly down to the cattle’s living conditions – grass fed cows wandering and grazing across open fields, and partly down to the cooking, many have declared Argentinian steak the best they’ve ever had. Traditionally meat is cooked slowly on a wood fire – no briquettes allowed! The slow cooking process prevents it from burning or drying out, and the natural woody smoke adds to the flavour. 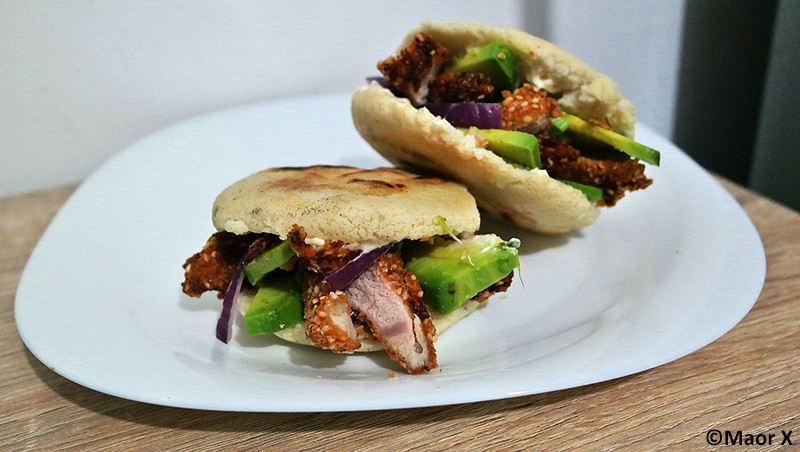 Arepas are thin round “cakes” made from ground maize. Found in Colombia as well as other parts of northern South America and Central America, they are served with a variety of fillings from egg, cheese and more elaborate fillings like steak or chicken and salad. 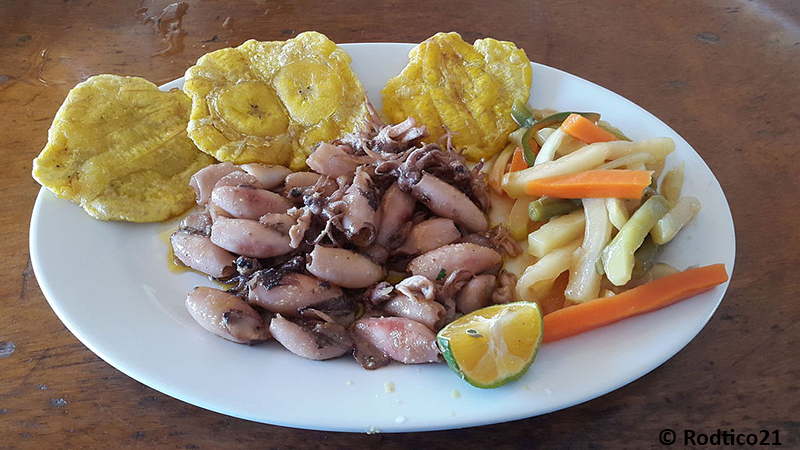 Pat-a-con-es (also known as tostones: tos-ton-es): Common throughout Latin America, patacones are pieces of fried plantain. They can either be thinly sliced lengthways, or chopped breadthwise and then squashed and fried. They are a great savoury snack on their own, and are frequently used as accompaniments to other meals like ceviche and encebollado. 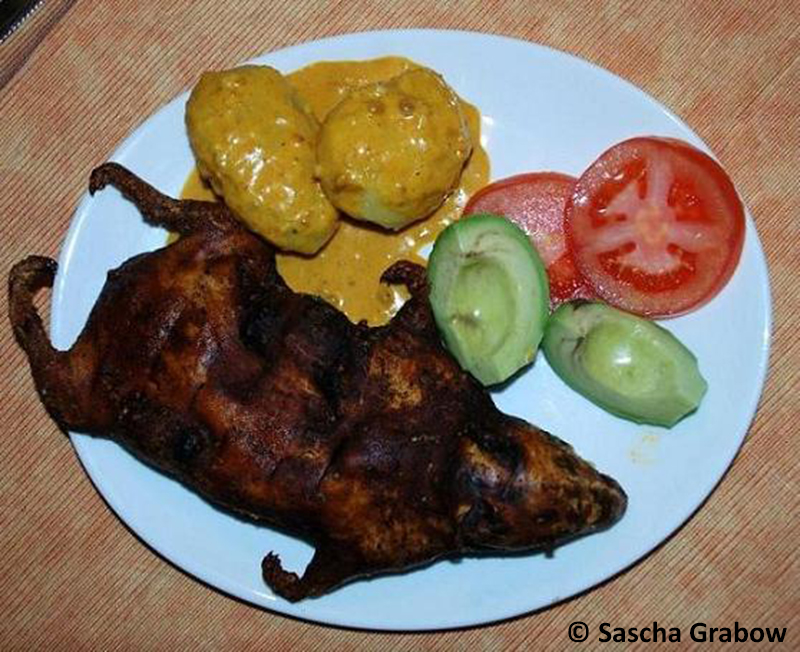 Cooh-ee: Mmmm, barbequed guinea pig. Believe it or not, Cuy, or guinea pig, is considered a delicacy in the highlands of Peru and Ecuador. The taste is not for everyone (nor is the sight of a barbequed rodent) but it is very traditional and makes for a pretty good travel story. 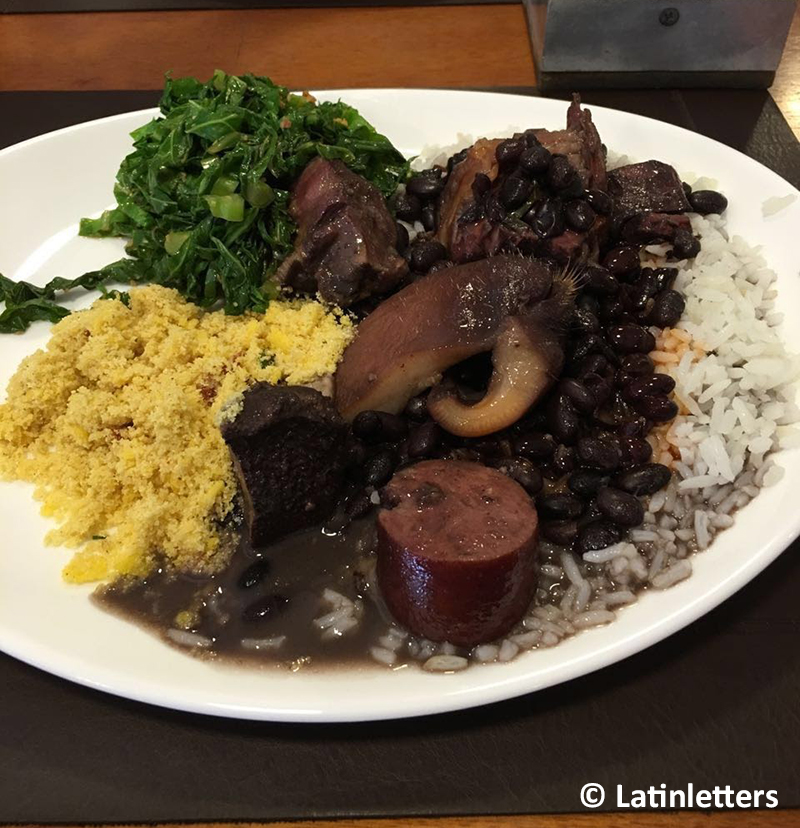 Fe-shwa-da: With its origins in Portugal, variations of Feijoada are found all over the world. Only in Brazil though is it considered a national dish. The Brazilian version is a delicious stew of black beans and pork or beef, served with rice and sausage (which may or may not be cooked into the stew). Traditionally it is cooked in a clay pot at low heat over a fire. 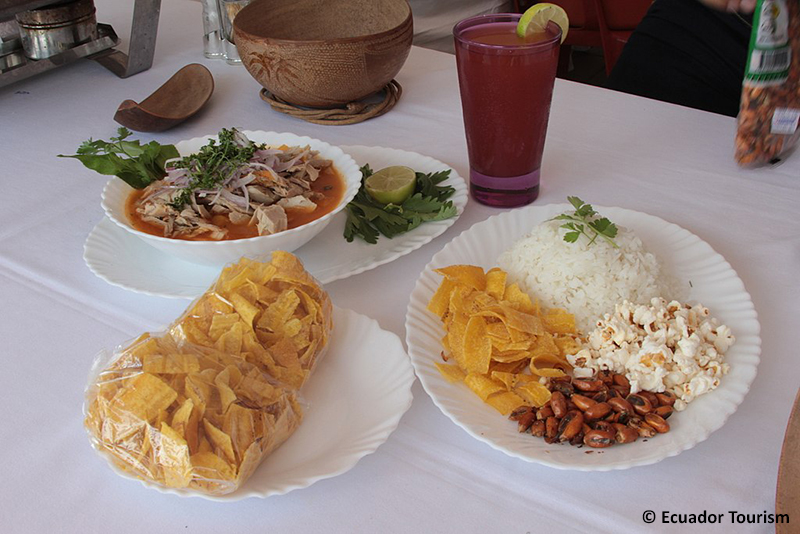 En-seh-bo-yuh-doh: Encebollado is a fish stew served on the coast of Ecuador. Made with with cassava, red onion, and fish in a tomato sauce, it is often served for breakfast. Apart from being delicious, many locals also swear by it as a hangover cure. 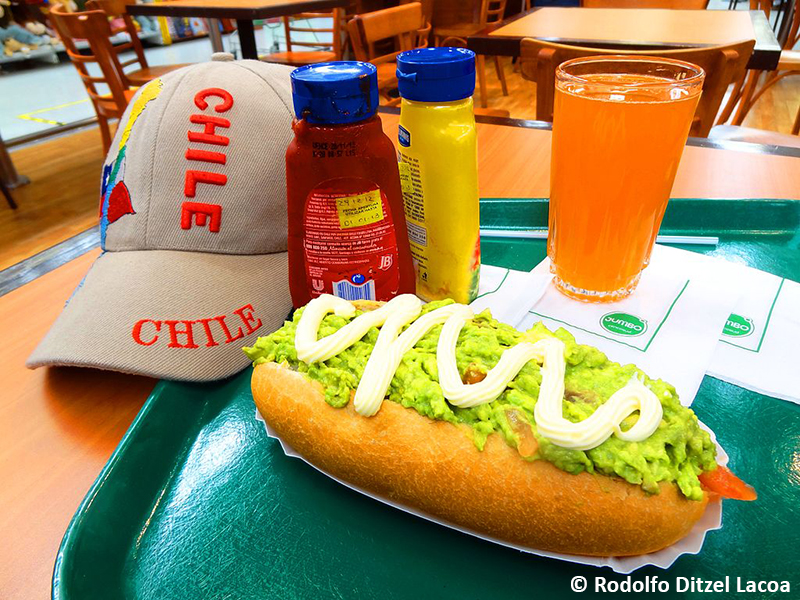 Chile’s answer to fast food is the hot dog. But the completo is not just any hot dog. It is an elaborately garnished one served not just with a sausage but a healthy dose of mashed avocado, chopped tomato, a generous dollop of mayonnaise and optional chilli sauce.

Sull-ten-yuh: All salteñas are empanadas but not all empanadas are salteñas. South America’s answer to the pasty, various versions of the empanada are found throughout the continent. Salteñas are the Bolivian version, smaller and often juicier than their cousins. Their standard ingredients include meat, egg, olives, raisins and potatoes, mixed together in a sweet and spicy sauce inside a pastry, and then baked.

You may find a good Latin American restaurant near you, but the best place to try these dishes is on the continent itself. Start planning your trip by browsing our holidays here.