The pretty town of Colonia del Sacramento is located in the south west of Uruguay, on the shores of the River Plate, which separates Uruguay and Argentina.

It was founded by the Portuguese in 1680, and was named a UNESCO World Heritage Site in 1995 to preserve its Portuguese style colonial architecture. Less than a 2-hour drive from the Uruguayan capital, Montevideo, and a one-hour ferry ride from Buenos Aires, Colonia is a popular retreat for city dwellers in both Argentina and Uruguay, who go to enjoy Colonia’s cobbled streets, peaceful beaches and tranquil harbour. Among the town’s attractions is its historic quarter, which is surrounded by fortified walls and a drawbridge, and houses a lighthouse and basilica. 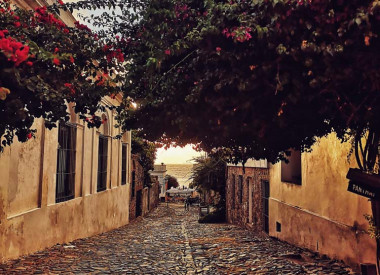