Visiting the island of Tierra del Fuego is to travel to the end of the world. Ushuaia, the world’s southernmost city, is located on the Beagle Channel, with jagged peaks, glaciers and forest rising up behind the city. The city was founded in 1884 by an English missionary, and the English influence is still visible.

The island has been inhabited for over 10,000 years, with the indigenous groups living by hunting, fishing and gathering until the early 20th century. When Magellan first sailed past the island in 1520, he gave it the name Tierra del Fuego (literally ‘Land of Fire’) due to all the campfires burning along the shore. However, European influence was virtually non-existent until the 19th century, due to the dangers of sailing near the coast.

In 1828, HMS Beagle conducted a hydrological survey of Tierra del Fuego. The ship’s captain, Pringle Stokes, committed suicide due to depression, and Robert Fitzroy was appointed captain. He returned to England in 1830, with four indigenous inhabitants of Tierra del Fuego on board. These four had been captured after a boat had been stolen, and Captain Fitzroy intended to ‘civilize’ them in the UK, and convert them to Christianity. They were renamed Jemmy Button, York Minster, Fuegia Basket and Boat Memory. Boat Memory died after a smallpox vaccination, but the other three were left in the care of trainee missionary Richard Matthews.

In December 1831, the Beagle returned to South America, with Robert Fitzroy again captain. This was the start of a 5-year voyage sailing round the world, with Charles Darwin onboard. Later in the journey, they would visit the Galapagos Islands, where Darwin got much inspiration for the theory of natural selection. Also on board were the three surviving Fuegans, who Captain Fitzroy intended to return to Tierra del Fuego as missionaries, along with Richard Matthews.

When they arrived in Tierra del Fuego, a missionary outpost was set up, but after just nine days, Matthews abandoned the post, returning to the Beagle, leaving the remaining three Fuegans to continue the missionary work. However, they quickly returned to their previous ways of life, and would not accept returning to England.

Several missions followed, and the island also began to be used for sheep farming. In 1884, Thomas Bridges founded a mission at Ushuaia, and although he tried to protect the indigenous population, they came into conflict with the sheep farmers, and European diseases killed the vast majority. Today, only a handful of the native population still remains.

Tierra del Fuego is divided between Argentina and Chile, although the Chilean side is mostly inaccessible unless on a cruise. Ushuaia itself is a lively town in a beautiful setting, and is the best place from which to explore the surrounding area. 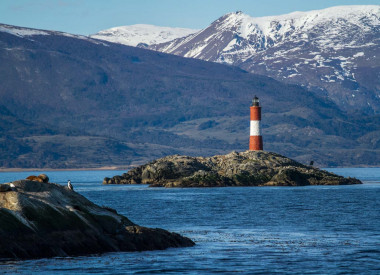 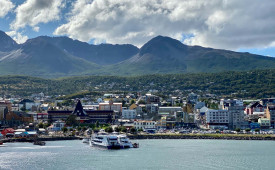 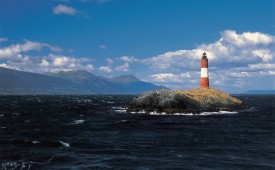