The Kruger National Park is one of the largest protected game areas in Africa, and covers nearly two million hectares. Its enormous size, varied vegetation and resultant variety of African game makes it one of South Africa’s greatest treasures. Here you will find classic safari scenery with a mixture of thorn trees, savannah and more. There are a wide variety of species to spot, including the Big 5 (lion, leopard, rhino, elephant and buffalo) plus wild dog, crocodile, wildebeest, zebra, cheetah, hyena, hippo and diverse bird species including vultures, eagles and storks.

The reserve itself is managed by the South African National Parks body, but as the conservation movement has grown, along with tourism demand, more and more private reserves have been set up along the Kruger periphery. There are excellent game reserves bordering the Kruger itself, as well as some private fenced reserves in the area which are not connected to the Kruger at all.

Many of these reserves have private lodges which often offer a higher standard of accommodation and more accommodation options for a high-demand area. Furthermore, within the official Kruger reserve, regulations regarding tourist numbers, the use of roads, entry and exit times, and places to disembark from the vehicle are strictly enforced, while in private reserves movement is more at the discretion of the guides.

In some cases, pockets of the reserve - known as concessions -  are leased to businesses who operate private lodges from within Kruger itself. These offer the best of both worlds as they provide exceptional standards of accommodation while benefiting from the free movement and enormous diversity of wildlife within the national park. Lodges within the concessions are exclusive, and in high demand, which has implications on the price.

Sometimes, reserves along the periphery of the Kruger have done away with fences allowing the free movement of animals between the reserves, and those in the greater Kruger area will have no physical link to the park at all.

Read our blog to find out what to expect on safari. 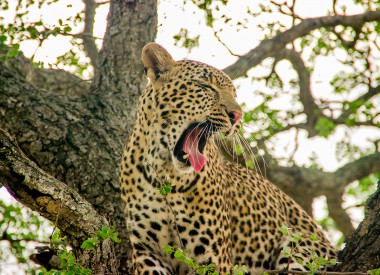 View all holidays visiting The Kruger View all