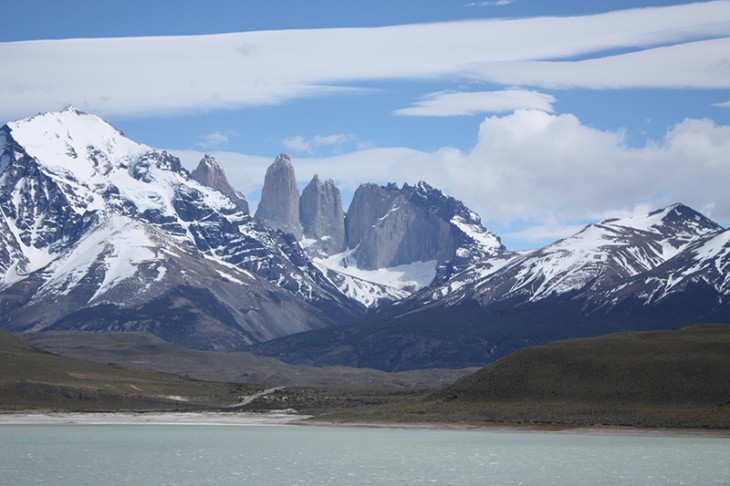 Last September I visited Chile, and took on the Las Torres Trek. September is right at the start of the tourism season there, and it was only a few weeks after many of the hotels had re-opened. While there I discovered not only why the Las Torres trek is such a must-do, but why Llama Travel only offers this holiday from November to April.

Outside of this window, the days are shorter and the weather is particularly unpredictable. The forecast for the day’s hike was not ideal, with low cloud and intermittent rain and snow predicated for much of the day. Despite this, I was still massively excited for the hike, as it is one I had been keen to walk for many years.

It was still fairly dark at 7am when I jumped in the minibus for the 90 minute drive across the Torres del Paine National Park to the start of the trek. I was half asleep in the back of the vehicle when our guide, Guillermo, shouted at the driver to stop the minibus. Outside, to the right of the road, was a family of five pumas - one mother and four cubs! They were only about 50 metres away but they were still incredibly well camouflaged. If it hadn’t been for Guillermo’s keen observation skills, there is no chance that I would have spotted them. 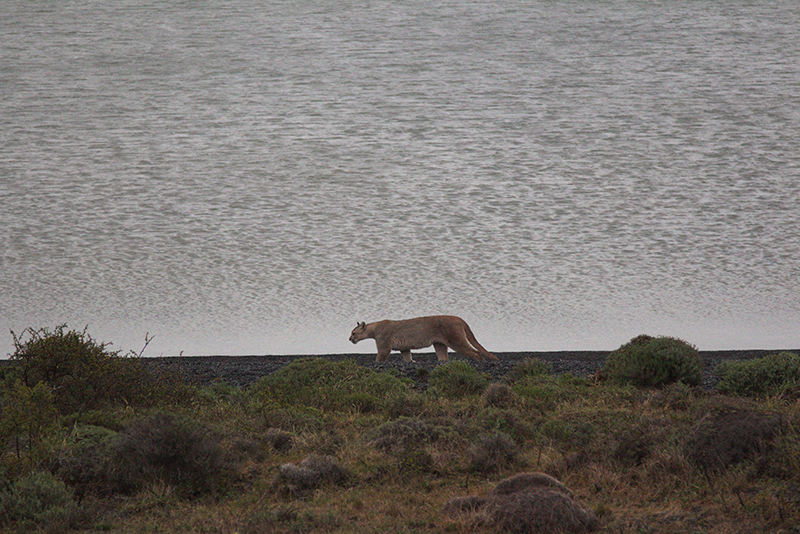 Puma sightings in Torres del Paine are rare. Our guide mentioned that he only sees them on a couple of occasions each year, making us feel extremely privileged to have had the opportunity to see them in the wild.

The rest of the journey was uneventful and once we arrived at the start of the hike, we were given a brief explanation of what it would involve. In total it is a roughly 20km hike with 10km out and then 10km back. The round trip takes around 8 hours, including photo-stops, breaks and lunch.

The first part of the trek took us across rivers and open steppe with the terrain gradually getting steeper and steeper until we were at the top of a pass. I was told that at the top of this pass it can be incredibly windy, however there was virtually zero wind that day. The views from the pass are spectacular with a river gushing far down below, while up in the mountains glaciers are creeping down the hillside.

The next part of the hike was fairly gentle and our guide described it as ‘Patagonian flat’. Essentially, the path was constantly rolling up and down as it followed the Ascencio River up the valley, whilst passing through beautiful Patagonian forest. Eventually we reached the toughest part of the trek, a final 45 minute to 1 hour push up to the base of the Torres (the stone towers which give the park its name).  For the final climb, the path is not always obvious and at points you need to pick your way up a fairly steep rocky slope. As September is still early spring, near the top there was still a bit of snow on the ground.

In theory, when you reach the top you will be greeted with the majestic sight of a glacial blue lake with the stunning backdrop of the 3 towers behind it.  The weather wasn’t on our side though and on our arrival, we were greeted with a blanket of cloud! It was completely white and I couldn’t even be 100% sure that I had made it to the top. 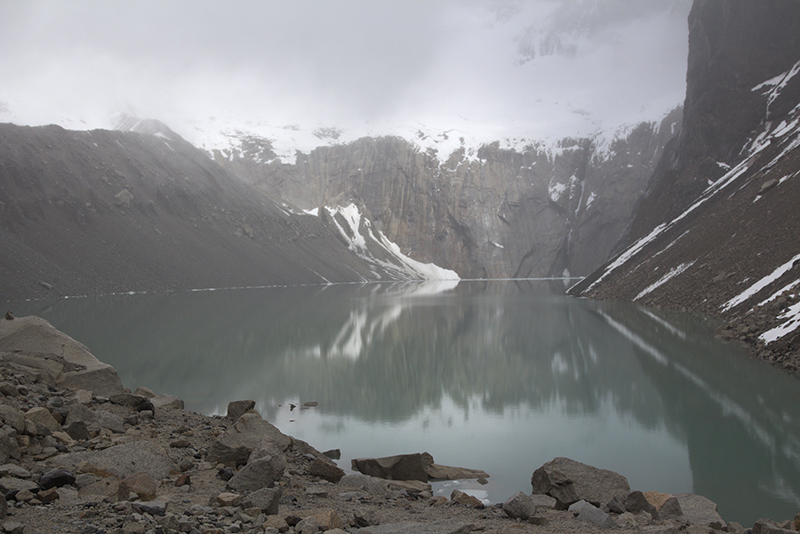 Fortunately after a while the rain did ease off and the clouds lifted slightly, allowing me to see the lake and bottom of the towers. We sat at the top, eating our packed lunch – a chicken sandwich for me, followed by an apple and some chocolate biscuits - and admiring the view, which was impressive in spite of the weather.

As the trek is an out-and-back trek, you need to retrace your steps on the return journey. The return hike took a bit less time due to the fact that the route is predominantly downhill (note that it is particularly steep for the first bit of the descent). The highlight of the hike back was seeing some Condors soaring high up in the thermals above the park. 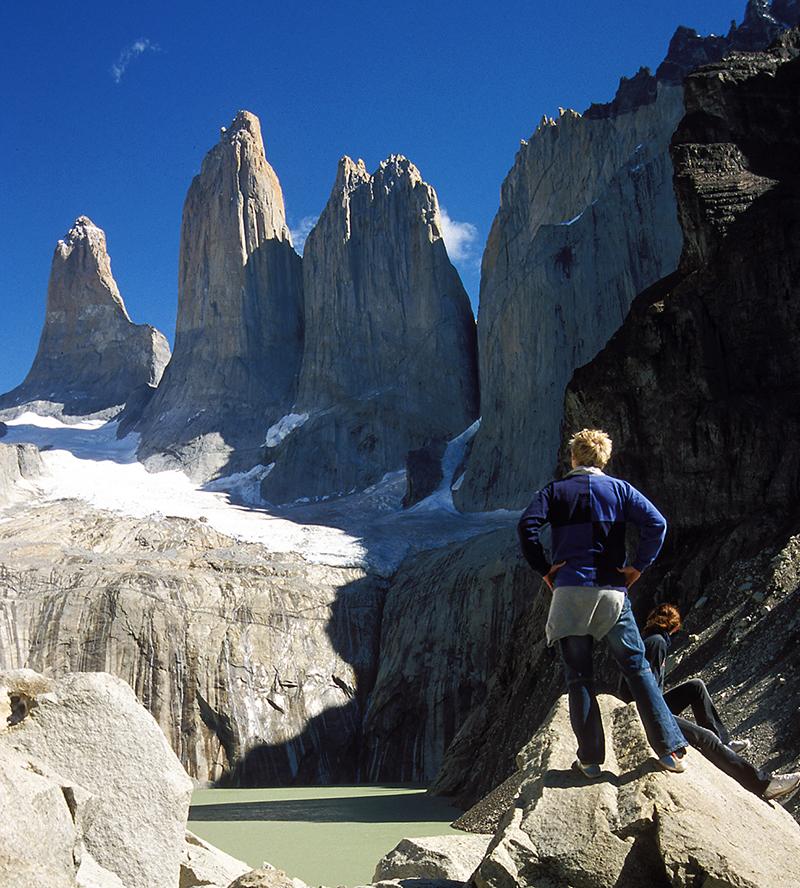 The Las Torres trek is one of the most iconic day hikes in all of South America. It is a tough, but highly rewarding full day hike which anyone with a decent level of fitness can complete. It offers wonderful views and a highly satisfying day out in fresh air, surrounded by nature.

This trek is available on all our Chile holidays.

You can see the highly-rated Las Torres Trek and other optional Chile excursions here.