Samburu National Reserve: What To Expect 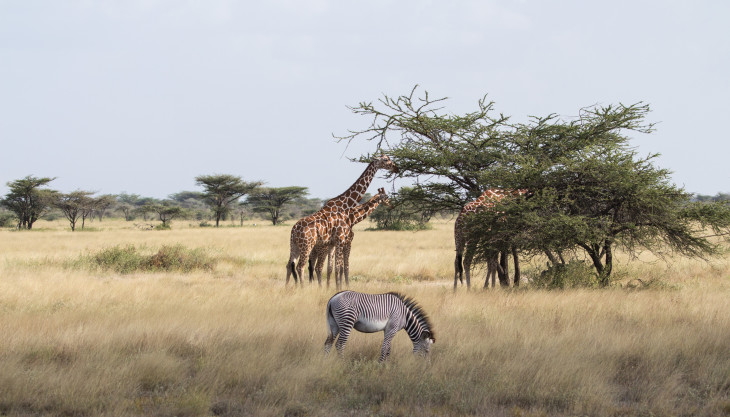 Our Product Manager, Scott, visited Kenya in 2019, on an epic journey through the country, from the Aberdares Mountains and the Ol Pejeta conservancy where chimps and rhinos reside, to the picturesque Lake Nakuru and the iconic Masai Mara. His time in Samburu though, was a particular highlight. Situated about 350km north of the Kenyan capital Nairobi, Samburu is a lesser-visited national reserve in northern Kenya, teeming with wildlife including the Big Five and rarer species that can't be found in the south of Kenya. One of the national park's main allures is that there are few tourists, so you can stay in beautiful safari lodges and go on daily game drives with a feeling of exclusivity that you don't get in Kenya's more well-known reserves. Keep reading to find out about the rugged landscapes and rare wildlife Scott saw on his trip to Samburu in Kenya.

The journey to Samburu 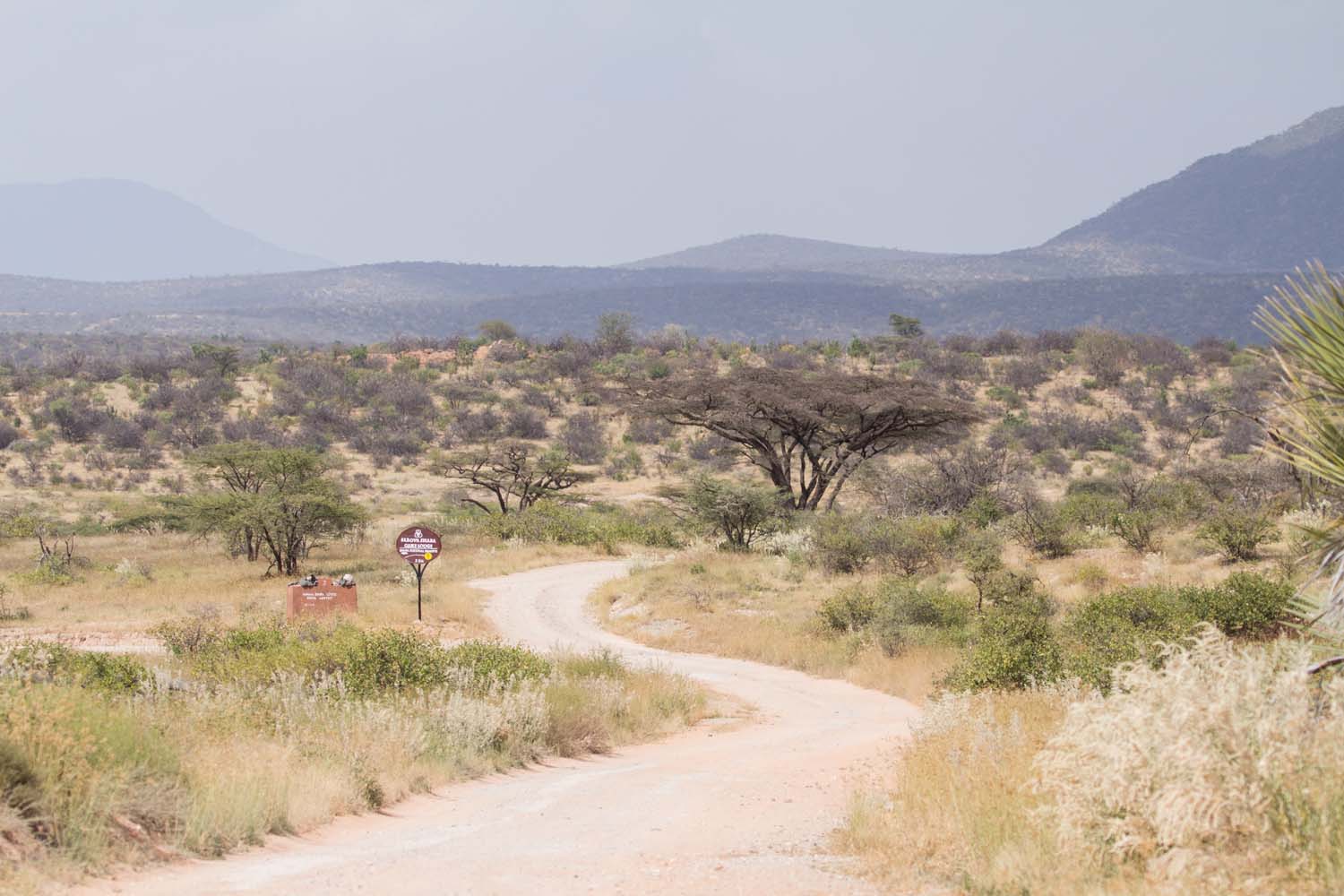 The drive to Samburu was certainly a scenic one, passing through colourful towns and beautiful landscapes, across the equatorial line and back into the northern hemisphere where I stretched my legs and snapped a few photos. From here I descended in altitude towards the hotter, drier and semi desert region which makes up the northern half of Kenya. On arriving into Samburu, the landscape became noticeably more arid and the air much warmer compared to the mountainous region I'd just come from. 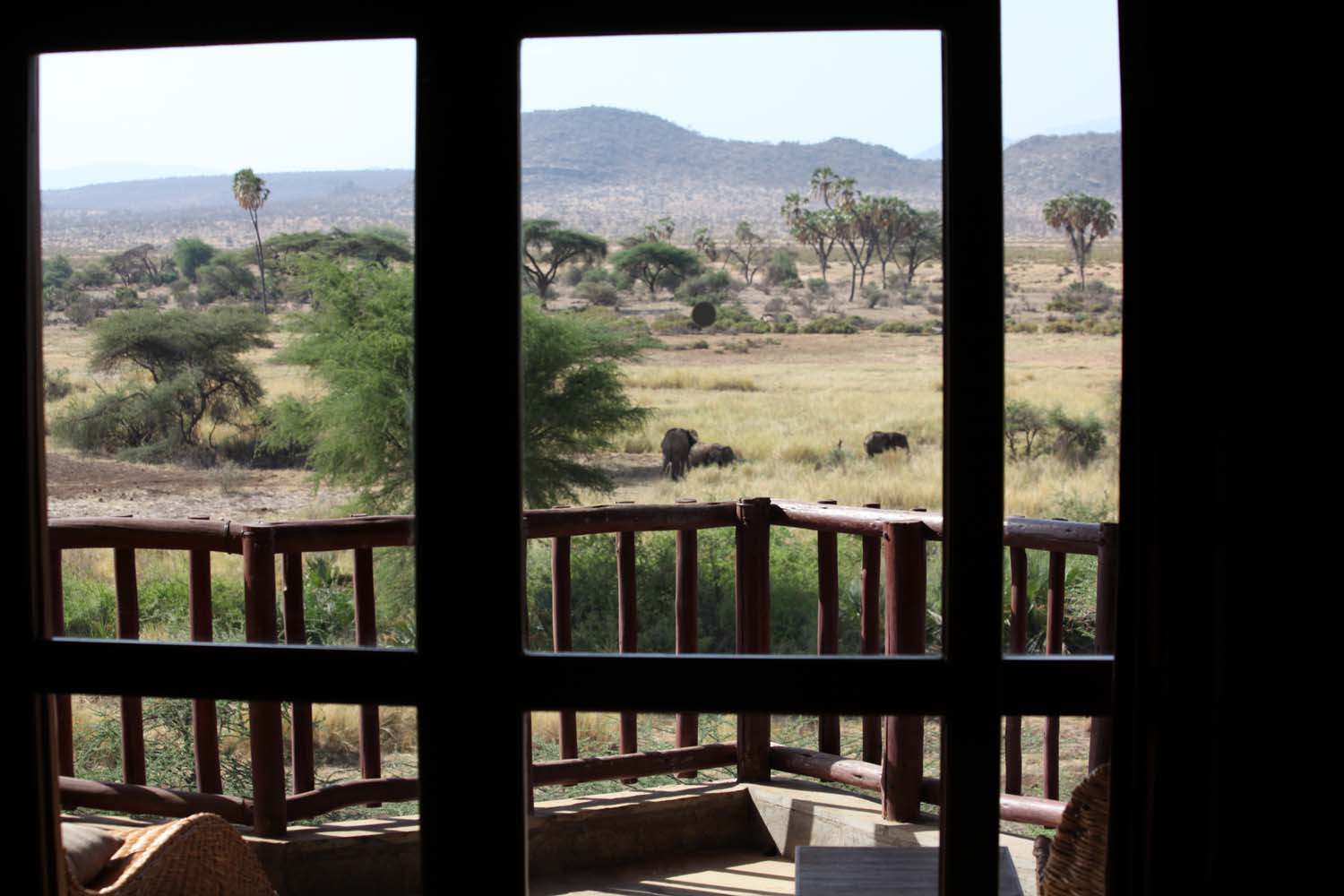 At first, the Samburu region is slightly confusing to understand - there is not just one main park, but three different reserves within the region: the Samburu National Reserve, Buffalo Springs and the Shaba National Reserve. The parks are located in the same area, split by the Ewaso Niyro River and a road. Access between Samburu's three reserves is easy, and it is likely that a visit to Samburu will take in more than one of them. The lodge I was staying in, the Samburu Simba, was located in the heart of the Buffalo Springs reserve, enjoying a beautiful location overlooking the river.

One of the benefits of visiting Samburu is that compared to the national reserves in the southern part of Kenya, this lesser-known region receives far fewer visitors, making it an excellent choice for those who want to get away from the crowds of the Masai Mara. I noticed a significant difference in the number of other safari vehicles that I spotted during game drives in comparison to some of Kenya's more well-known national parks. This made my experience in Samburu more relaxed and exclusive. 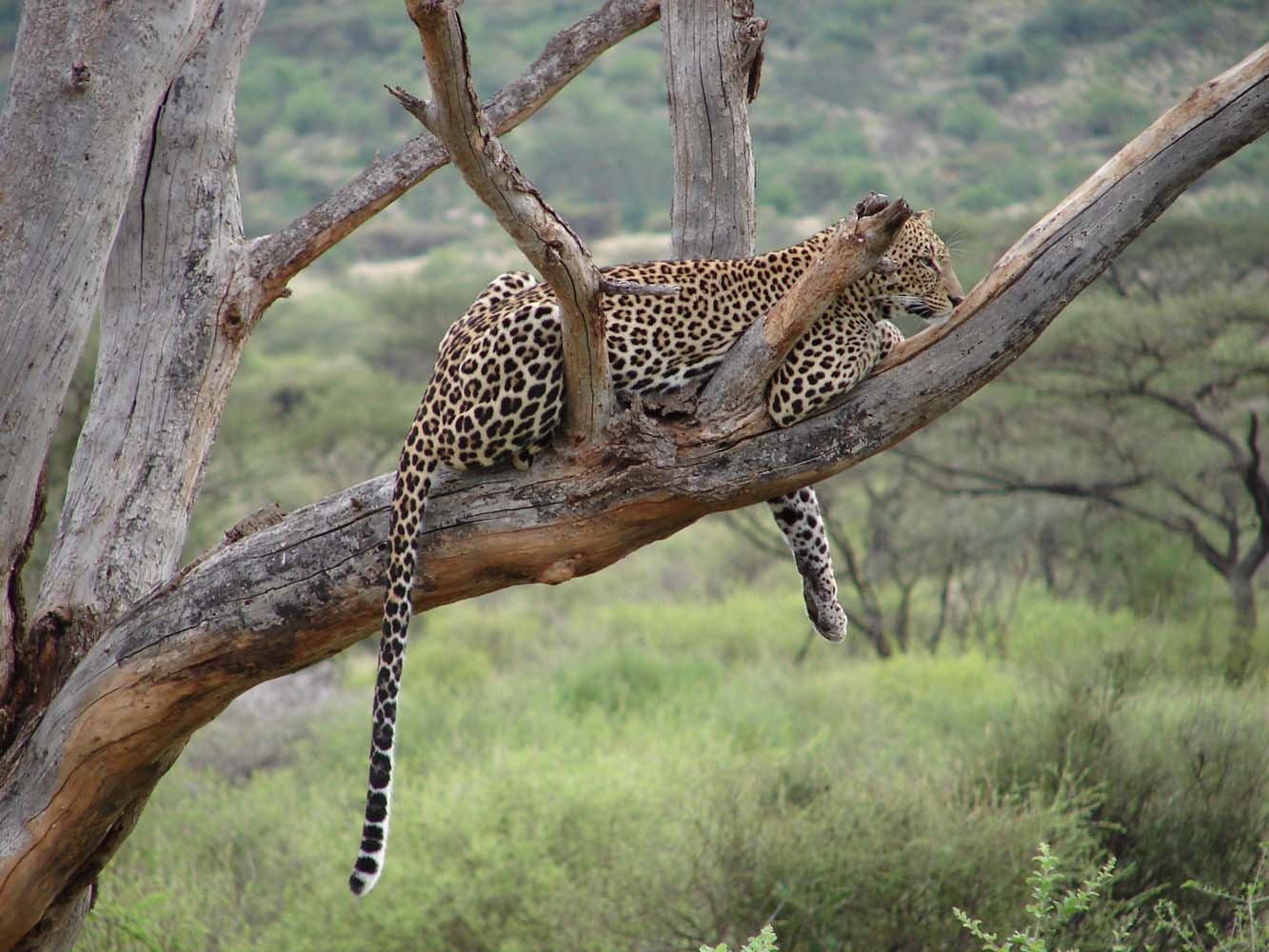 On the day I arrived at Samburu, I headed out on an evening game drive out with my guide to see what we could spot. The Samburu reserves boast excellent wildlife-viewing opportunities including the Big Five (lion, leopard, rhino, elephant and buffalo) and an amazing variety of birdlife, however the park stands out for having the so-called 'Samburu Special 5’. These are five species which cannot be found in Kenya’s southern parks: the Reticulated Giraffe, the Grevy’s Zebra, the Somali Ostrich, the Beisa Oryx and finally the Gerenuk (a type of antelope). This is a great reason to visit Samburu, especially for seasoned safari-goers who have seen enough big cats and elephants in their time, and are looking for more unusual animals. It wasn’t long before we had ticked off all five of the Samburu Special Five, with the Grevy’s Zebra and Reticulated Giraffe being personal highlights. Here's a quick overview of each one: 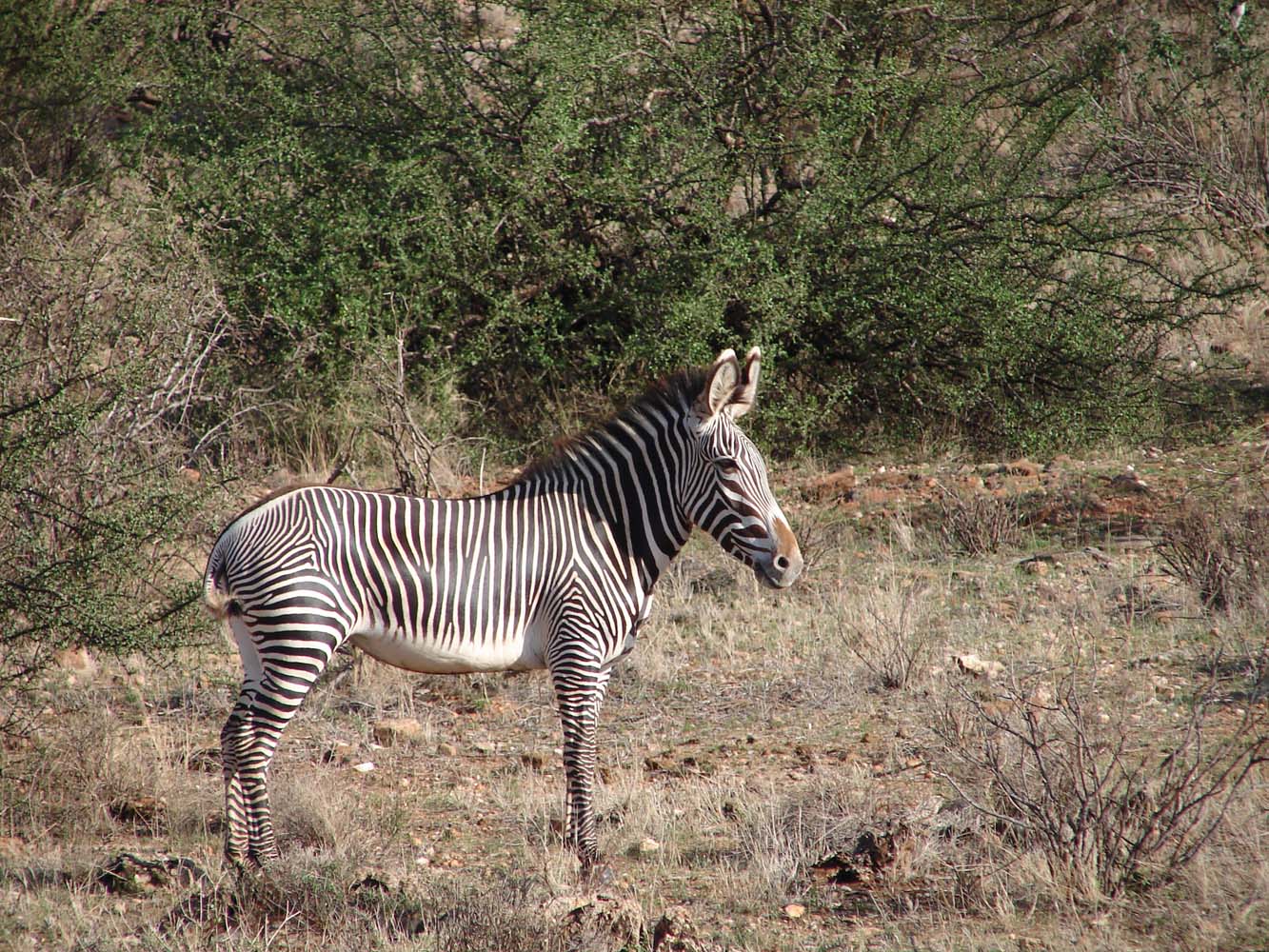 The largest of the three zebra species, the Grevy's Zebra can be distinguished by its long legs, large ears and narrow stripes. The rare species also lacks stripes on its belly. Whilst the zebras you'll spot in the Masai Mara and other national parks are closely related to the horse, the Grevy's is more similar to a wild donkey. 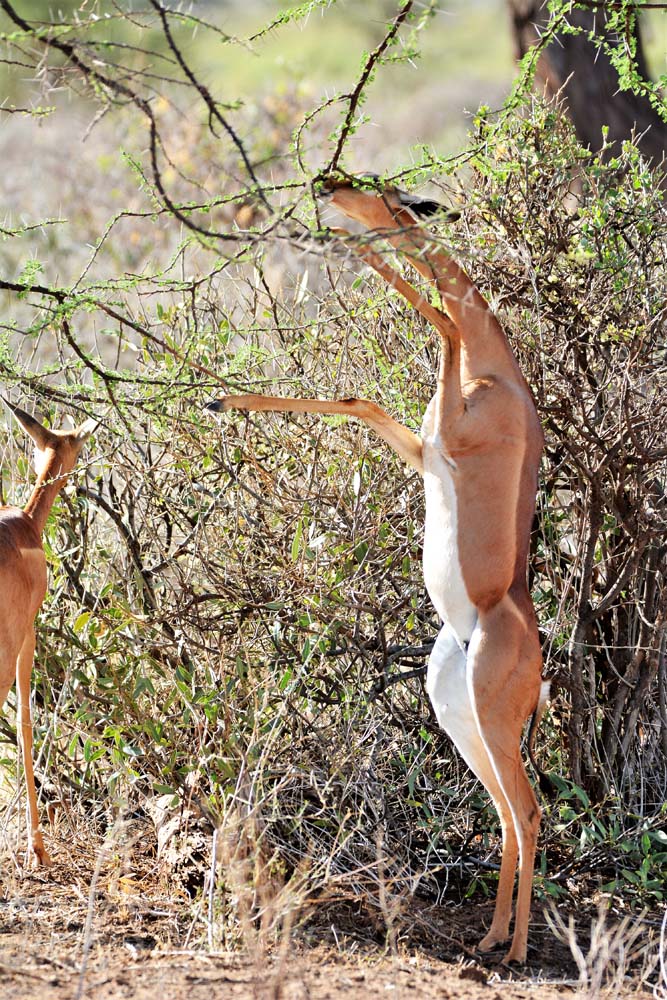 Meaning 'giraffe necked' in the Somali language, this unusual antelope has an exceptionally long neck and the ability to stand on its hind legs, meaning it can reach the highest foliage. 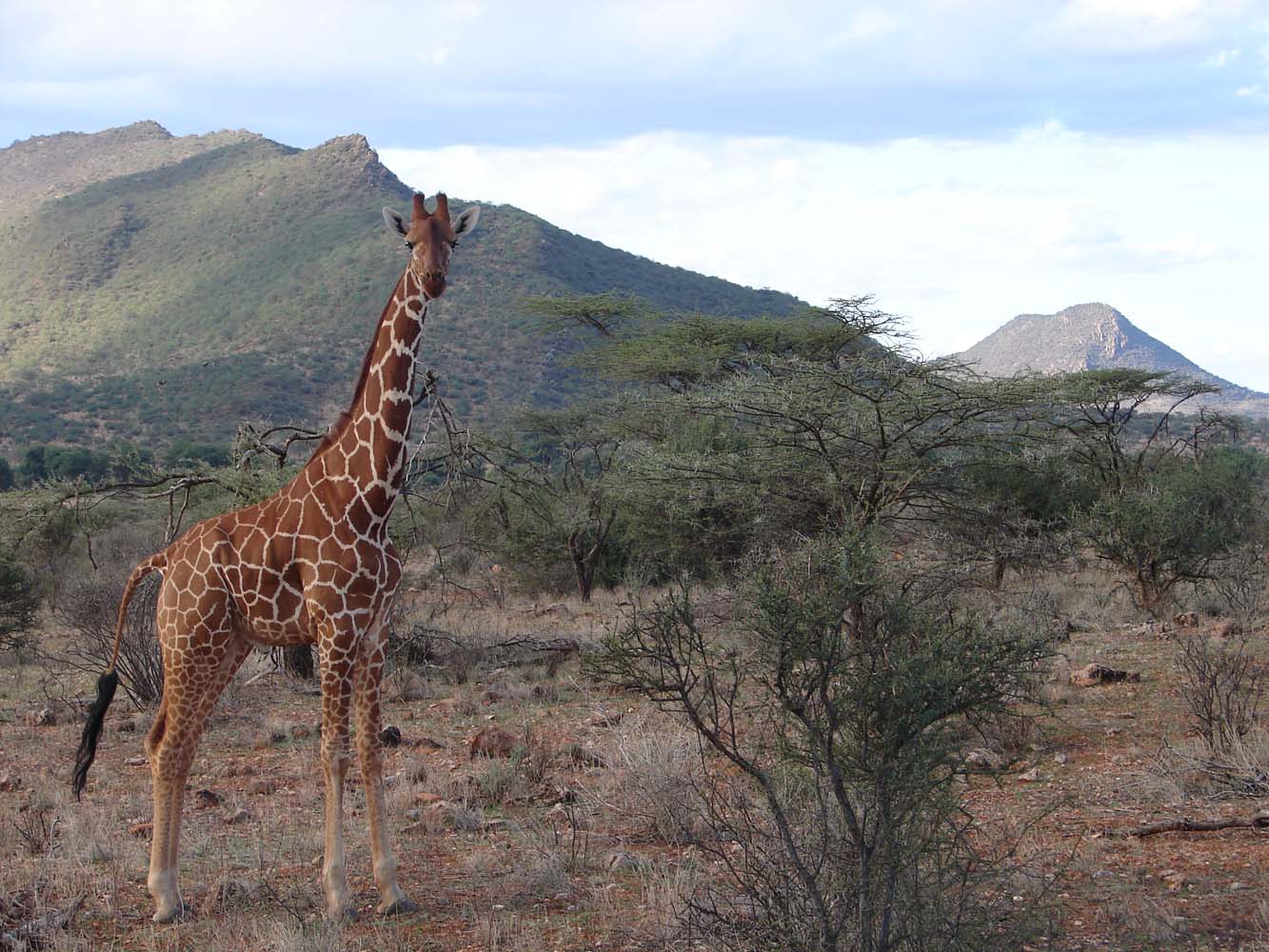 As soon as you spot one of these creatures, you'll notice that it's different from the giraffes you've seen elsewhere. Shorter than the more common Masai giraffe, its spots are a more reddish colour, making it blend into the terrain around Samburu. 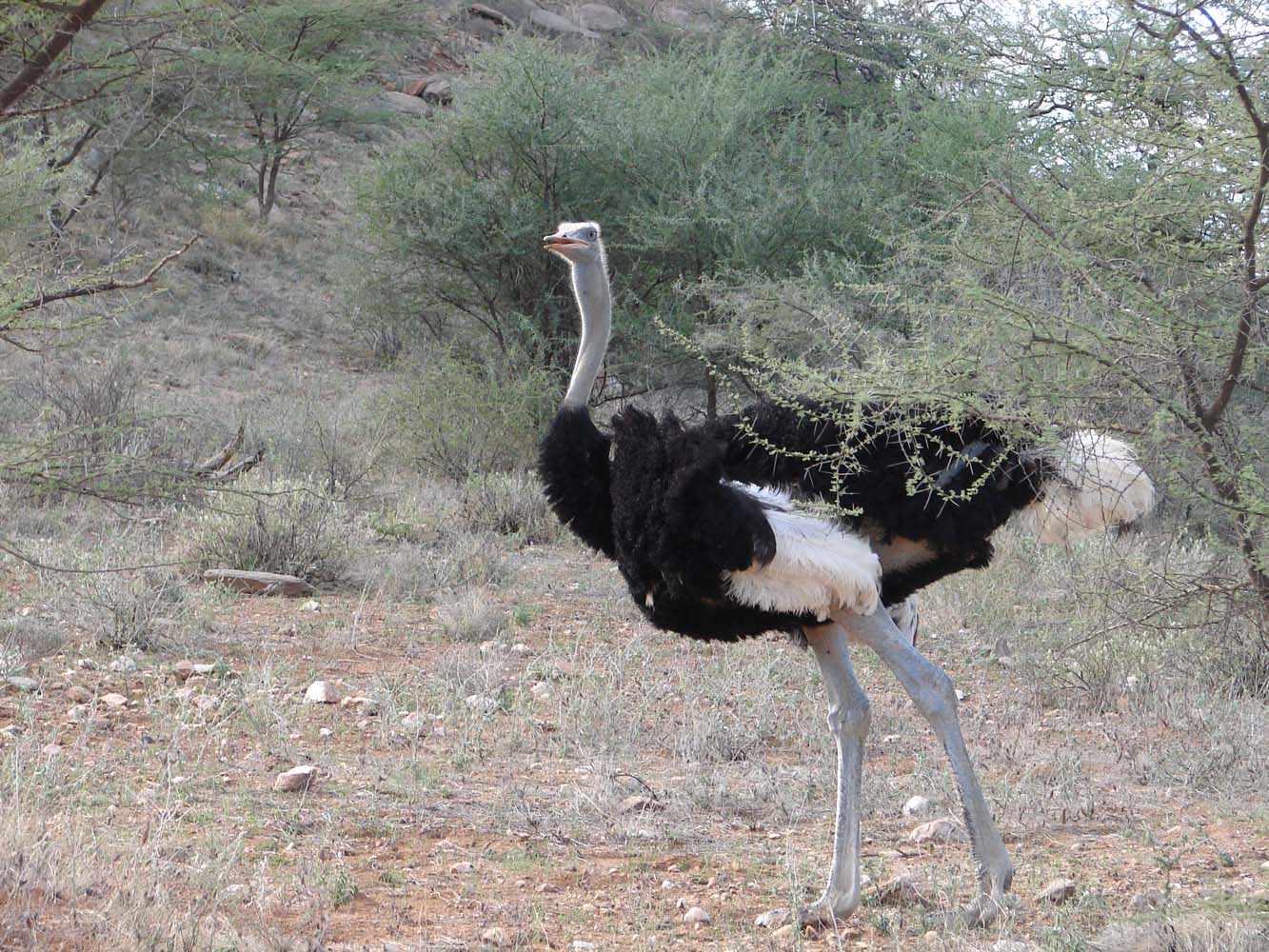 The large flightless bird can be distinguished by other ostrich species by its blue-ish neck and legs, which becomes a brighter blue colour on males during mating season. 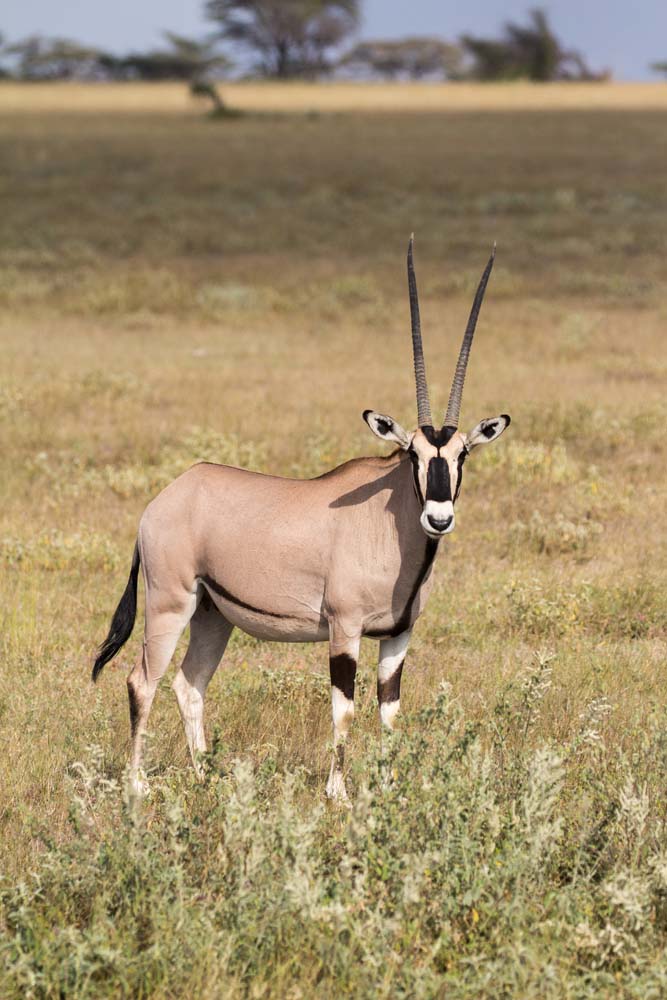 Often seen hanging around with zebras, these majestic animals have beautiful black, white and grey markings which the sun bounces off to reflect their beauty, and long straight horns.

More than the Big Five... 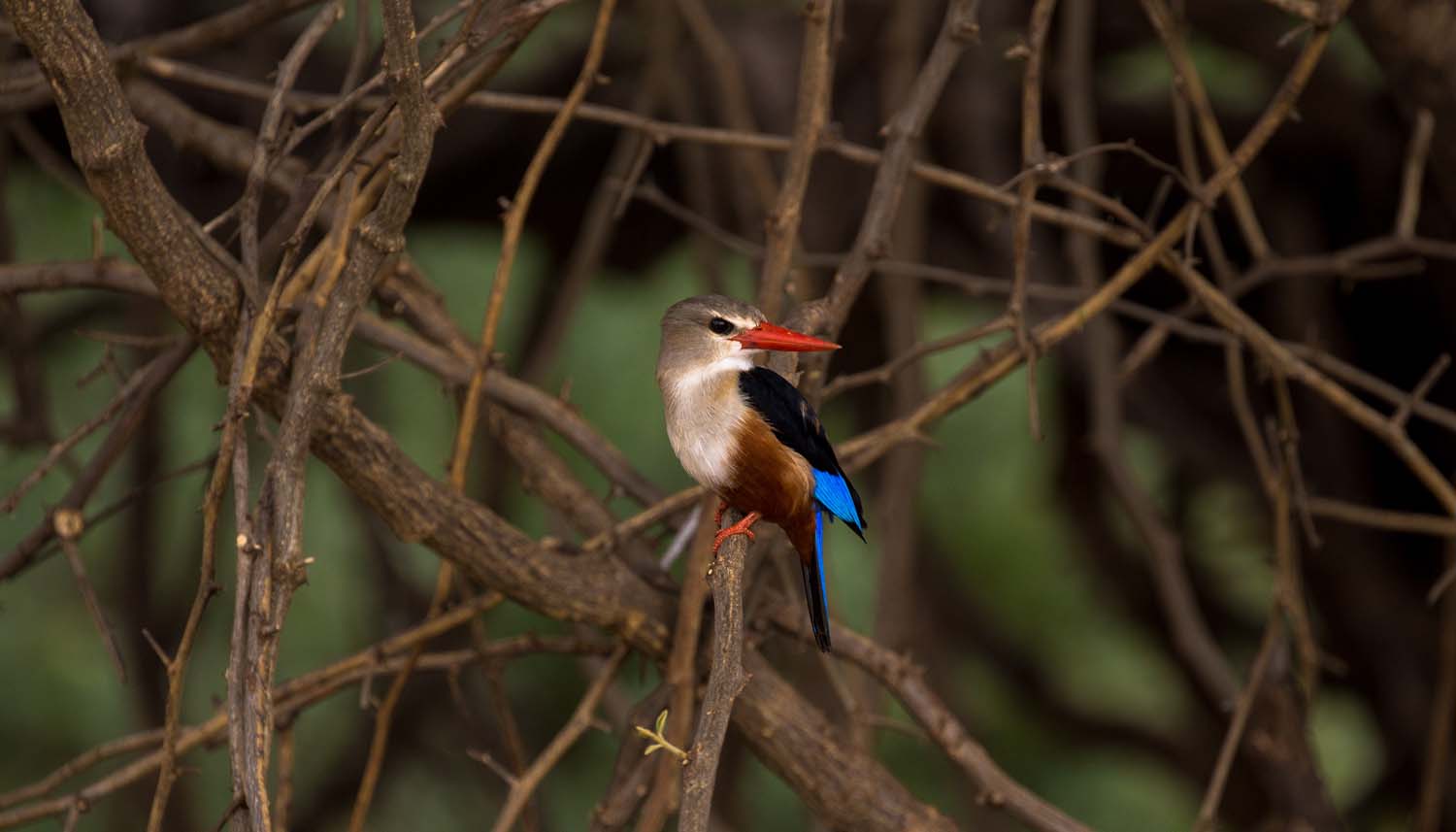 That evening, we headed back to the lodge for a filling dinner and some post-safari drinks before getting a good night's sleep for another day of wildlife spotting. The next day we were up early for another game drive, this time venturing along the Ewaso Niyro river and into the Samburu National Reserve. As we were close to water, the birdlife was spectacular. We spotted kingfishers, eagles, lilac-breasted rollers, starlings, bee-eaters and a myriad of other species. Samburu is an excellent birding destination with over 400 different species in the region. There are plenty of bigger game in Samburu too, and we saw huge herds of elephants plus smaller animals including antelopes, hyenas and crocodiles. 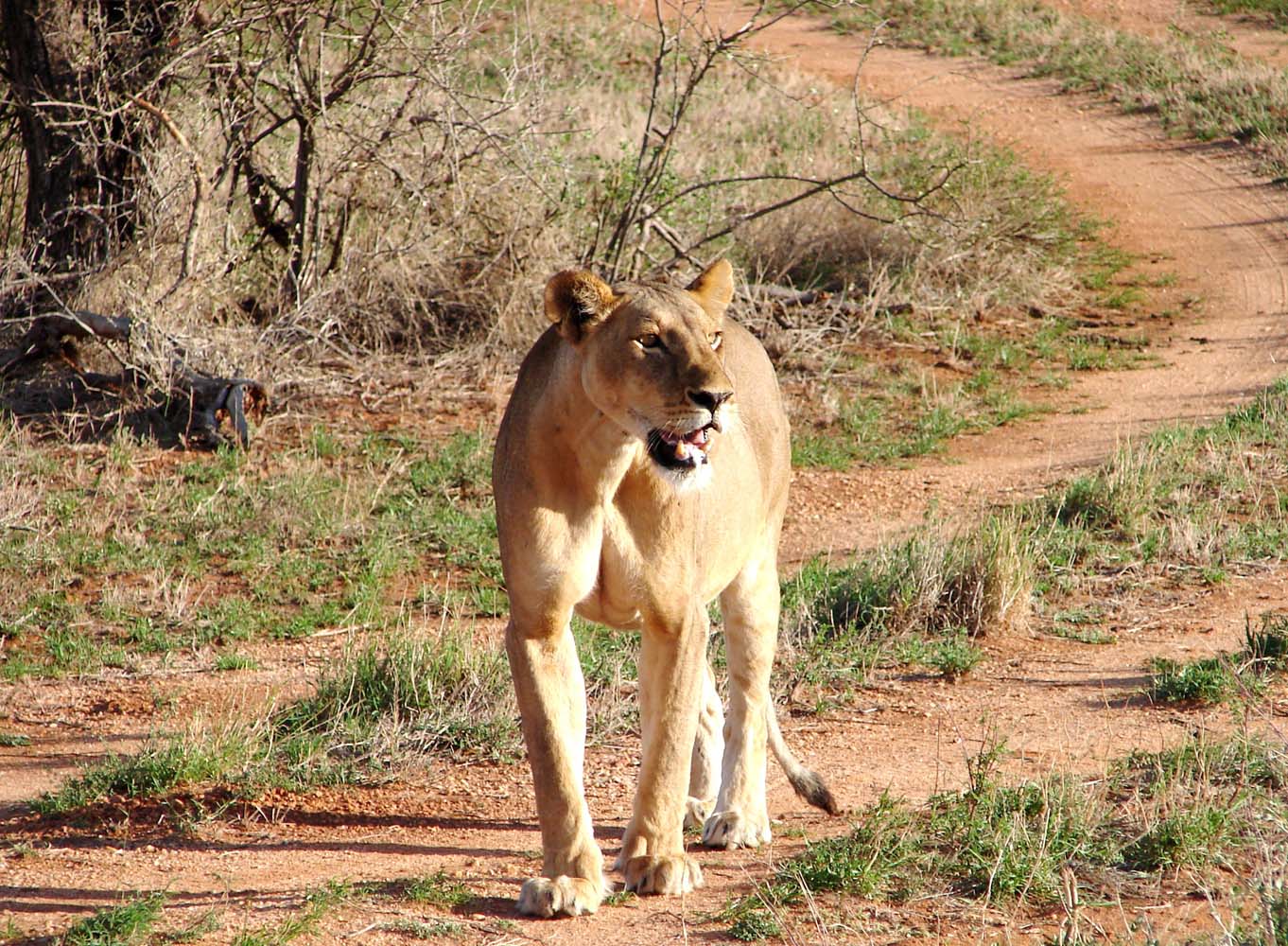 After a hearty lunch and a quick siesta, we ventured out again on our late-afternoon game drive. This time we were on the lookout for big cats as they had so far eluded us, with the exception of a very fleeting glimpse of a leopard as it shot across the road.  Fortunately, we had luck on our side on this occasion as it wasn’t long until we spotted a lioness and her cubs relaxing under a tree in the late-afternoon sun. We were able to enjoy watching the lions for a good 20 minutes before they slinked off into the undergrowth. We continued onto a secluded spot where we stopped and enjoyed a sundowner to complete an excellent few days in Samburu.

Overall, I loved my visit to the Samburu region and it makes a great addition to the Kenya itinerary, with excellent wildlife sightings and a slightly more 'off the beaten track feel' to it.

Samburu is part of all our Kenya programmes, alongside other iconic locations including Lake Nakuru, Aberdares, Ol Pejeta and of course the Masai Mara where the world-famous wildebeest migration takes place each year.
As part of our launch offer for our new Kenya programme, if you book before 30 June 2021, groups of four or five will get the vehicle to themselves for no extra cost. This way, you can travel in your own bubble without paying extra. What’s more, if you take the vehicle for yourself, you can travel on any date you want, subject to availability. Just let us know when you would like to travel.