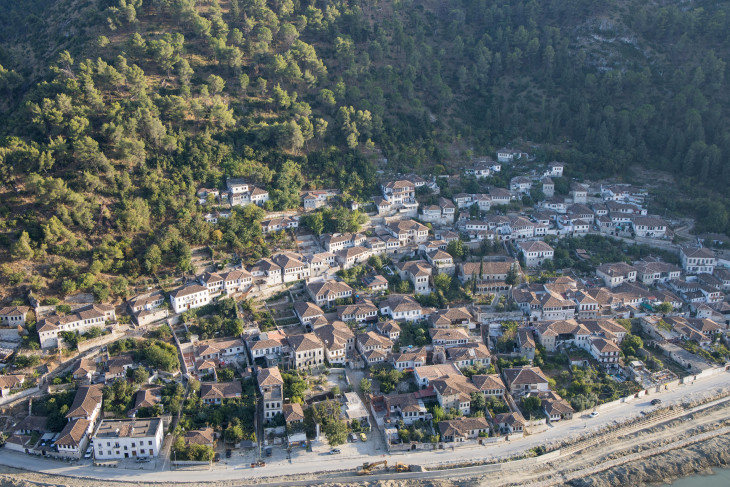 In September 2021, after over a year of being unable to leave the UK, I was lucky enough to visit the enigmatic Balkan country of Albania, a country whose recent past and closed border until 1991 has meant the nation is shrouded in mystery.

Over the past three decades Albania has been gradually awakening from the brutal years of communist rule and, as such, remains a largely enigmatic destination in Europe compared to its more well-known neighbours such as Greece and Italy. However, Albania offers a wealth of attractions, from impressive mountainous landscapes and pristine alluring beaches, to immaculate archaeological sites and historic villages that almost seem paused in time.

After a three-hour direct flight from London Heathrow with British Airways my Albanian odyssey began. First stop was the capital city of Tirana an hour’s drive away from the airport. Situated within the valley bowl surrounded by a wall of hills and mountains save for an opening out to the Adriatic, the city is a relatively small in comparison with other European capitals with a population of just over 400,000 people and showcases an abundance of history representing the myriad influences of the region over the millennia. Of most importance in the city is the dominance of post-war history represented in the must visit Bunk’Art 1 on the outskirts of the city. Here the communist party of Enver Hoxha constructed an impenetrable bunker in the side of a hill with some five stories of space. This now thoughtfully retells the communists' rise to power and how everyday life in Albanian was impacted by this in every facet.

Venturing back into the city centre the wide boulevards initiated by Mussolini linking the main plazas of Mother Teresa Square and Skanderbeg Square, the latter with the iconic statue of the National Nero of the same name. The new bazaar a few minutes’ walk from the square is a hive of activity with fresh fruit, vegetables, honey and other traditional handicrafts on offer.

Overlooking the city is Dajti Mountain slightly over 1,600m and accessible via a Swiss-made cable car. After a pleasant fifteen minute ascent views over the entire city can be seen with the coast visible on a clear day. Short walks are also possible in the pine forest here.

Wherever you go throughout Albania squat mushroom-like concrete structures will follow you. These bunkers are remnants of the industrial-scale production of the communist party and every Albanian of a certain age will have a story to tell about them. It is said there are one of these structures to every 3-4 of the population. 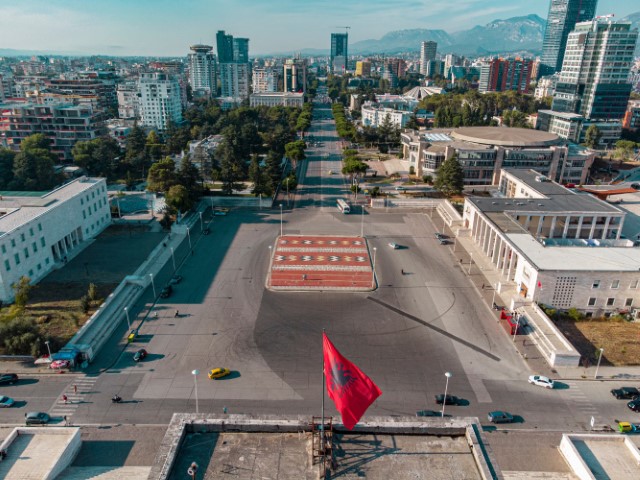 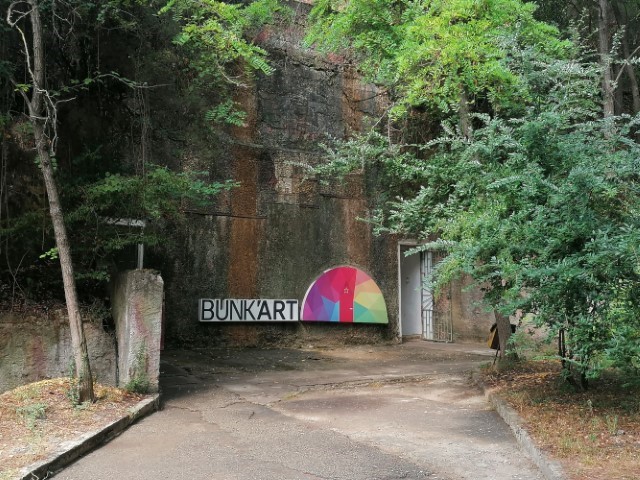 Leaving the capital behind the landscape falls into swathes of fertile land with vast olive groves, citrus groves, fields of pomegranate, fig and apple orchards to name a few. Vineyards are also abundant. These are accompanied by seemingly ever-present awe-inspiring mountainous backdrops.

Entering the Ottoman town of Berat is like arriving in another era. The compact residential areas of Mangalemi and Gorica, based on either side of the Osum River, with their warren-like, narrow alleys, thick slate roofs and whitewashed facades immediately hark back to another century. Hours can drift away wandering these streets with surprises and picture-perfect sites around each corner. The third important area of Berat is the Kalaja or fortress set high above the aforementioned Mangalemi and Gorica. The fortress houses an immaculately preserved monastery known as the ‘Onufri Museum’. Within the fortress walls is a residential area which further echoes the maze-like quality of the hillside homes below. Wherever you wander in the fortress you are awarded with magnificent views over the valley and the town below. The mighty Tomorr Mountain can be seen with the Osum River carving its way down through the distant canyon into the town. 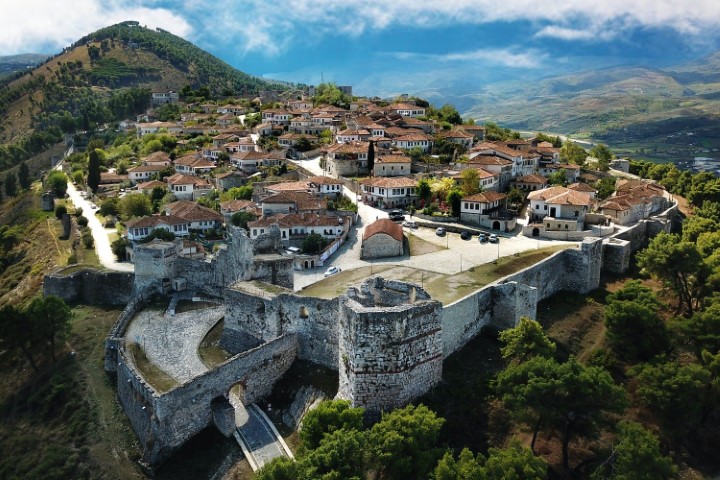 Moving on from Berat I reached arguably the most beautiful Ottoman town of Gjirokastër nesteld between the Gjere and Drino Mountains. With over 600 exquisitely preserved Ottoman style houses and an incredible fortress this town is a perfect example of an Albanian settlement dating back to the fourteenth century. Notable past residents include Enver Hoxha and the famous Albanian author Ismail Kadare of which both childhood homes have been turned into interesting and enlightening museums. 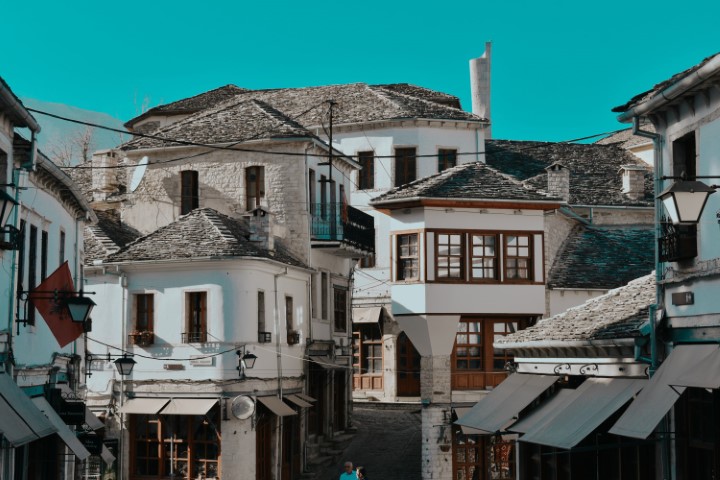 Making our way down from the mountainous Gjirokastër we journeyed towards the coastal city of Sarandë. From here we set out for the archaeological ruins of Butrint which over the millennia have served as cities for the ancient Greeks, Romans, Byzantines, Venetians and others. Considered an extremely powerful city during its lifetime the city was abandoned and seemingly forgotten until excavations began in the early twentieth century with much of the site still yet to be unearthed. Highlights here include the theatre, the baptistery and the Grand Basilica, amongst others. Atop the acropolis is an informing museum with many artefacts that tell the story of the city. 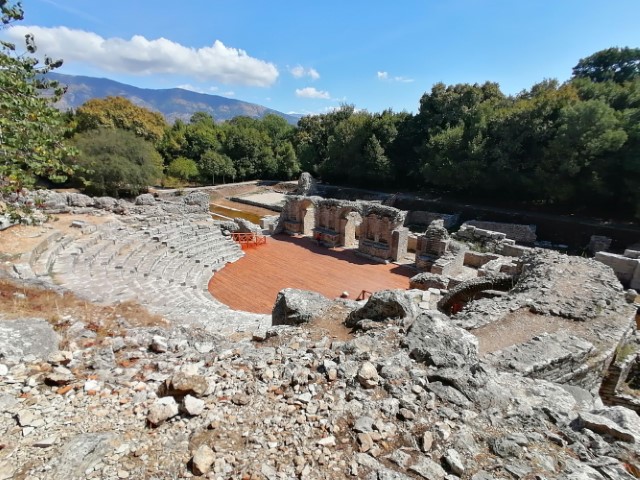 Returning from the history of the previous centuries we journey back to Sarandë visiting the bay of Ksamil with inviting turquoise waters and further views across the Bay of Corfu. 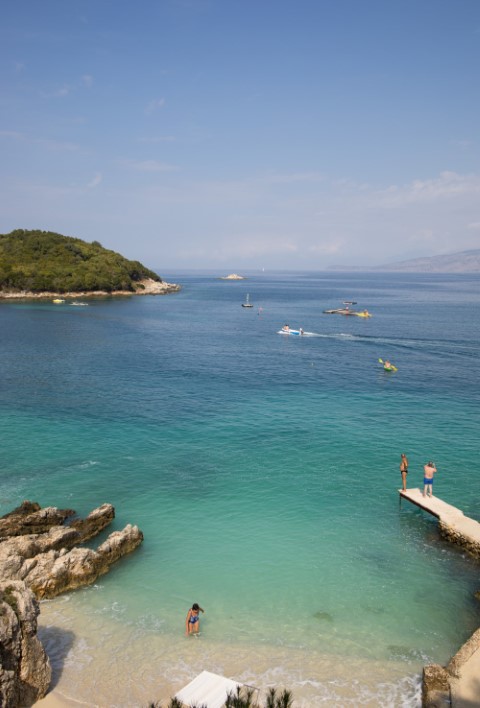 Leaving the city of Sarandë behind we made our way north along the famous Albanian Riviera. With amazing views across the Adriatic with picture perfect white sand beaches to the west and immense mountains to the east with ancient villages nestled precariously on steep cliffs. We stopped at the Ali Pasha Fortress which was originally built in 15th or 16th century provide a stronghold for the Venetians on Corfu to exploit trading around Butrint.

Continuing the road trip north we passed various smallholders selling fresh fruit, vegetables, olive oil and honey before reaching the highest point of the Riviera at the Llogara Pass and descending down into the city of Vlorë where Albanian independence was signed in 1912. Vlore is a pleasant coastal city with a nice promenade and newly renovated old town centre.

From Vlorë we visited the island monastery of Zvernec uniquely located in a lagoon and accessed by a wooden walkway from the mainland. There are great opportunities to witness local birdlife such as pelicans and flamingos.

The ancient city of Apollonia can be visited from Vlorë en route back to Krujë. The city is yet to be fully explored or excavated but highlights some incredible structures such as the Monument to Agonothetes which has been re-erected to show some of its original grandeur. The onsite museum housed in the Byzantine Church and Monastery of St. Mary has a great collection of artefacts and finds discovered when excavation within the city walls took place. Such items include marble statues, Roman glassware and ceramics as well as an extremely rare Illyrian shield which was restored over some decades.

Our final stop was the historic town of Krujë nestled in the foothills of the mountain of the same name. The towns attractions include a marvellous medieval castle, the site of national Albania hero Gjergj Skanderbeg’s triumphant battle against the Ottoman Turks. A museum dedicated to Skanderbeg was built within the walls of the castle during the Communist era honouring and chronicling his life.

The town is also well known for its bazaar located on the alleyway leading up to the castle gates. Here traditional and authentic Albanian handicrafts can be purchased such as Ottoman style rugs, intricate copperware items amongst others.

From Krujë the international airport is just a 40 minute transfer. 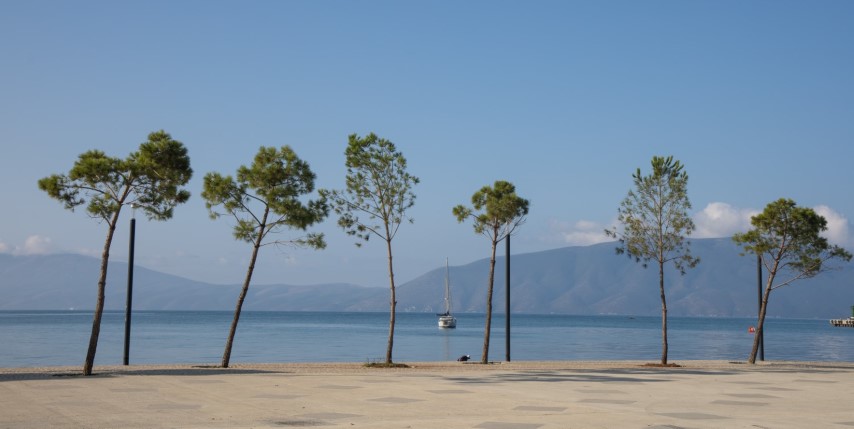 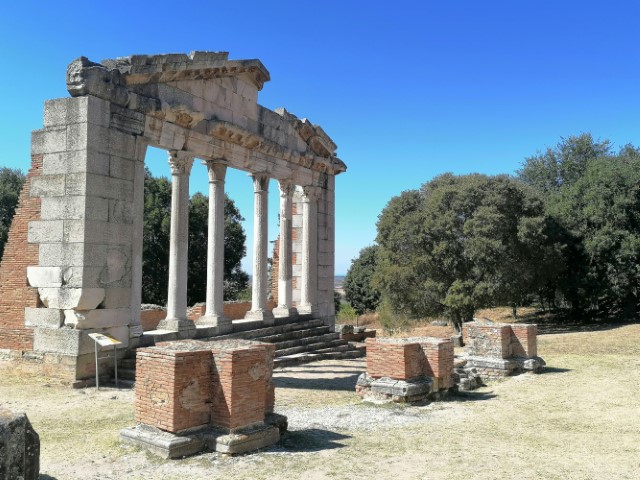 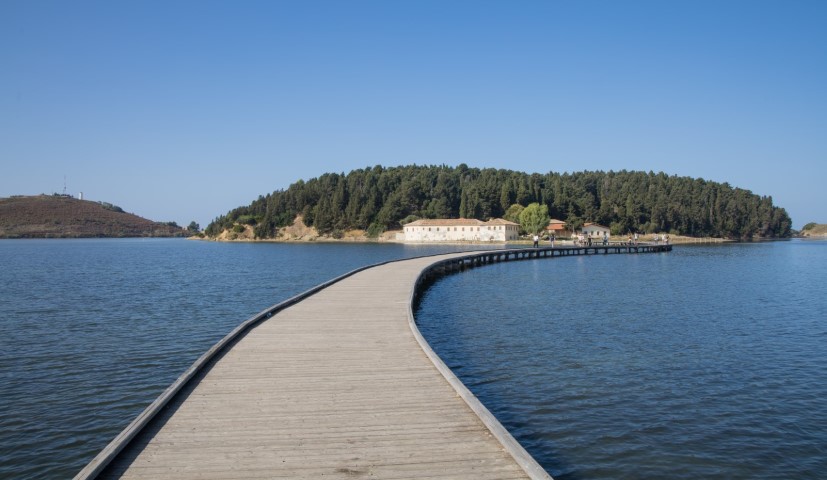 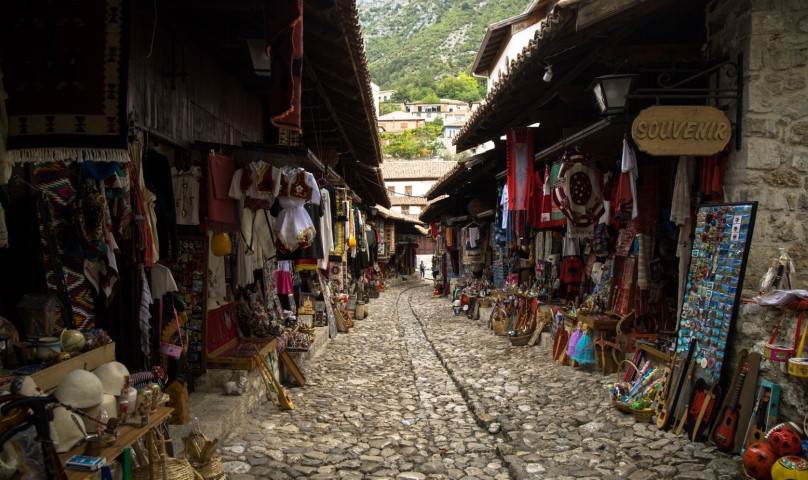 We are delighted to announce that our Albania holiday is now online, with amazing discounts and flexible booking conditions. Flights from the UK, accommodation and transfers are included in the price.