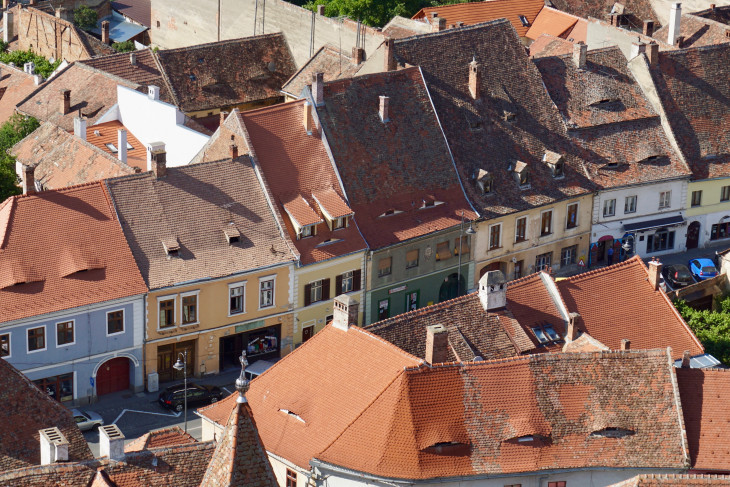 I visited Bucharest on a short city break back in February 2020 and it left me wanting to explore more of Romania. Fast forward to September 2021 and I was lucky enough to revisit Romania on a week-long tour.

Shrouded in mystery and vampire-driven legends, yet full of fairy tale-like medieval villages, Gothic castles, fortified churches and the stunning Carpathian Mountains, Romania has it all. Most of my tour was spent in Transylvania, the true highlight of any trip to Romania. Romania is a history buff’s paradise: from its dark communist history in Bucharest to its Saxon, Ottoman and Hungarian influences in Transylvania, there is much to be learned in each location on the tour.

I arrived into Bucharest’s Henri Coandă International Airport, just a 3-hour flight from London Heathrow with British Airways. On the 45-minute journey through the city to my hotel in the Old Town, my guide pointed out some historical landmarks. I saw a replica of Paris’ famous Arc de Triomphe (in Romanian Arcul de Triumf), a perfect first example of the Belle Époque charm of Bucharest. We drove down Victory Avenue (Calea Victoriei), named after Romanian victory in the Independence War of 1877-1878, towards Victory Square (Piața Victoriei) and University Square (Piața Universității), both sites of protest during the 1989 Revolution and even today.

After checking in to my hotel, I took a wander around the Old Town (Lipscani area). It is a complex jumble of cobbled streets with many restaurants, coffee shops, bars and nightclubs. It is also home to the Old Princely Court (Curtea Veche), the residence of Vlad the Impaler in the 15th century.

Bucharest boasts the second largest administrative building in the world after the Pentagon. Nicolae Ceaușescu’s Palace of Parliament (Palatul Parlamentului) measures in at 330,000m2. At the time of his death, in 1989 his construction was unfinished, its completion took the total cost to $3 billion. It is the most expensive building in Europe.

The Village Museum is a charming open-air museum which showcases original houses that belonged to the Romanian peasants from all over the country. The museum also hosts many traditional fairs, where you can find traditional food and crafts. 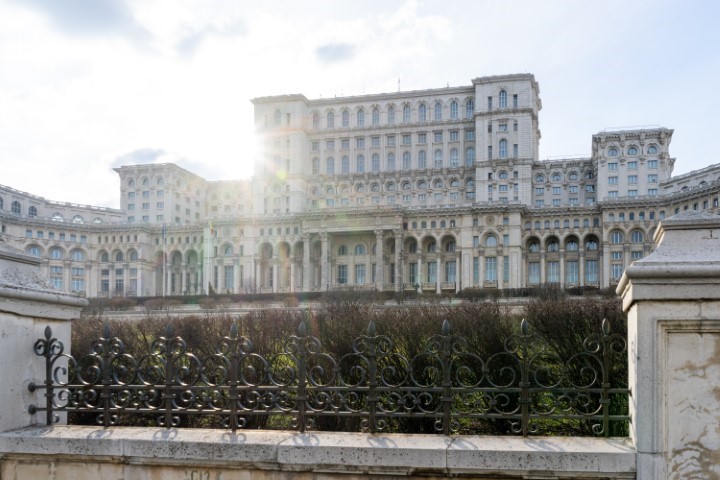 Leaving Bucharest behind, the journey north towards Transylvania is a scenic drive through the Southern Carpathian Mountains. The first stop was at the fairy-tale Peleş Castle, nestled at the foot of the Bucegi Mountains in the picturesque town of Sinaia. Commissioned by King Carol I in 1873 and completed in 1883, the castle served as the summer residence of the royal family until 1947. Its 160 rooms are all lavishly furnished and decorated with the finest examples of European art. There is also an impressive armoury, filled with over 4,000 pieces of weaponry from Europe and Asia.

Nearby is Sinaia Monastery, founded in 1695 by Prince Mihail Cantacuzino and named after Mount Sinai in Egypt. The site contains two churches, the Old Church built in 1695 and New Church built in 1846, both built in the authentic ‘Brâncovenesc’ style, a local Romanian architectural style from the 17th century and the early 18th century. 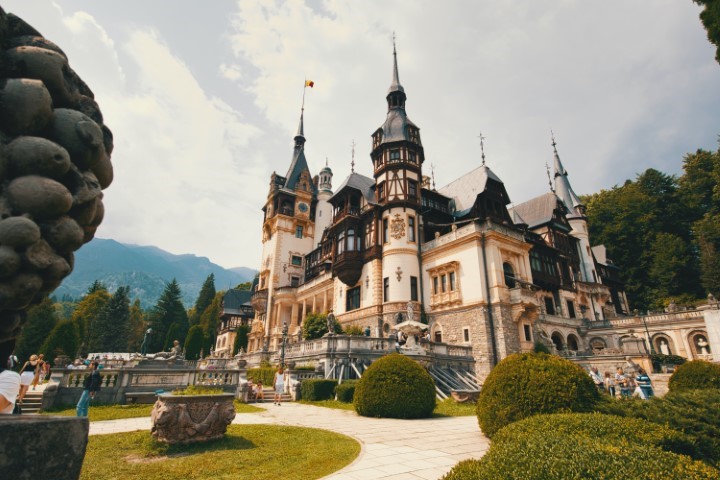 After lunch, I arrived at Bran Castle, Romania’s most famous landmark and tourist attraction. The construction of Bran Castle was completed in 1388 atop a strategic site overlooking the historical border between Transylvania and Wallachia, the land over which Vlad the Impaler ruled in the 15th century. Exploring the castle transports you into an atmospheric world of mystery. Wander down creaky-floored corridors, wind up narrow spiral staircases and enter vast rooms adorned with bearskin rugs, huge oil paintings and intricately carved wooden antique furniture. After visiting, you can see why the castle was used by Bram Stoker as inspiration for his novel Dracula. 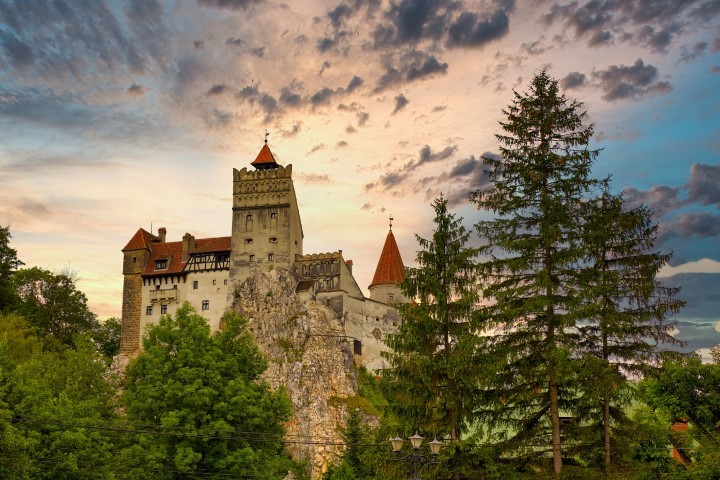 I arrived into the charming city of Braşov in the evening, in time to take a pleasant wander around the main square and dine at a traditional Romanian restaurant. I tried the delicious Sarmale, Romania’s national dish, which consists of cabbage rolls served with polenta and sour cream.

My third day in Romania was spent in and around Braşov. In the morning, I visited the Libearty Bear Sanctuary located around a 45-minute drive from the city. Romania is home to 60% of Europe's brown bears, with 6,000 of them roaming this region. Libearty is the biggest brown bear sanctuary in Europe with over 130 brown bears rescued from abuse and captivity. The bears have found a much better life here, roaming freely around 69 hectares of leafy oak forest in the Carpathian Mountains. An hour long tour is guided by a trained animal welfare expert who will share the stories of the bears now living in the sanctuary.

After lunch, I took a 2-hour walking tour of Braşov to learn about the city’s medieval and modern history. A pleasant walk around the Old Town took me to the main square (Piața Sfatului) and the well-preserved Black Church (Biserica Neagră), the largest gothic church in Romania. Braşov is also home to one of Europe’s narrowest streets Rope Street (Strada Sforii). The city is famed for its pastel-coloured baroque buildings, but what is more impressive is the way the city is encircled by the lush Carpathian Mountain forest. 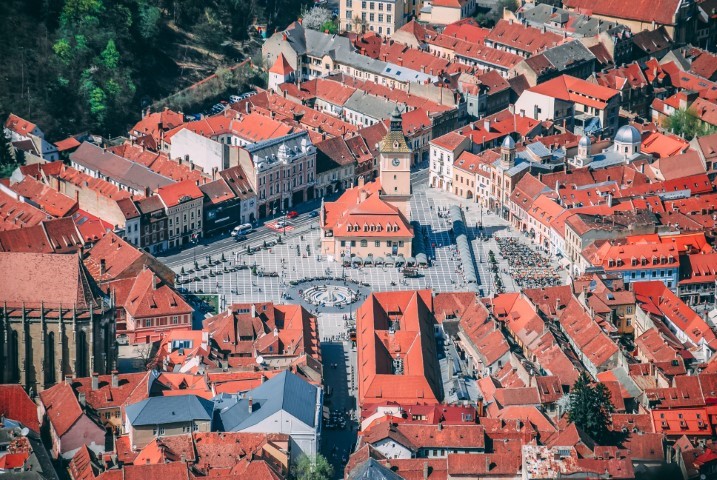 View of the Main Square, Braşov. 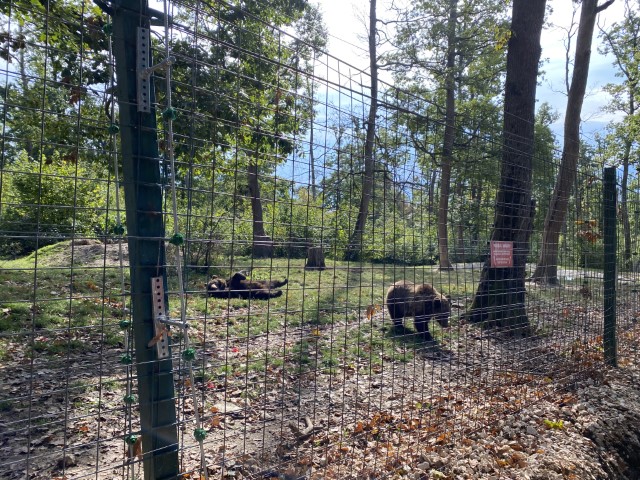 After saying goodbye to Braşov, I ventured towards Sibiu with some fascinating stops on the way. The first stop was at the rural Saxon village of Viscri, whose Lutheran church forms part of the villages with fortified churches in Transylvania UNESCO World Heritage Site. Take a stroll up the main road, admiring the pastel facades of the traditional houses, towards the Viscri Fortified Church. Here I learned about the connection between Prince Charles of Wales and Viscri. He owns an 18th century guest house here and actively campaigns for preserving the Romanian countryside heritage.

Lunch was spent in the beautiful city of Sighișoara, famed for its bright-coloured buildings, cobbled alleys and medieval towers rival the other medieval cities of Transylvania. I climbed the 177 steps of the Covered Staircase to reach the Church on the Hill for panoramic views across the town and surrounding landscape. It is also the birthplace of Vlad the Impaler and you can see his house located in the main square close to the Clock Tower.

The last stop before Sibiu is the Saxon village of Biertan, another UNESCO World Heritage Site. Surrounded by quaint streets, rolling hills and vineyards, the 15th century Biertan Fortified Church is perched high on a hill in the middle of the village. My favourite part of this visit was the Marriage Prison Tower. When couples were having marital problems, they were locked in a small room with one bed, one plate, and one table until they found a solution to their problems. Maybe this is why Biertan has only had one divorce in the past 400 years!

Sibiu was the final Transylvanian city of my tour. This 12th century Saxon city is affectionately dubbed ‘The City with Eyes’, up on Sibiu’s rooftops are narrow windows that unnervingly look like eyes watching over the city. 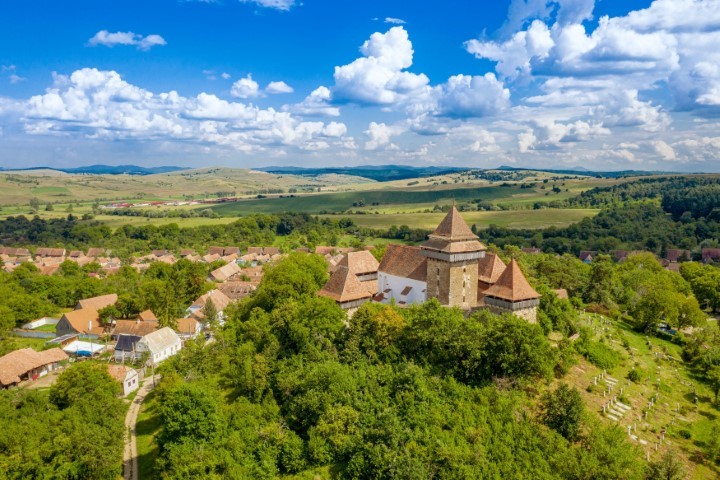 The Clock Tower, Sighișoara. The yellow house is the birthplace of Vlad the Impaler. 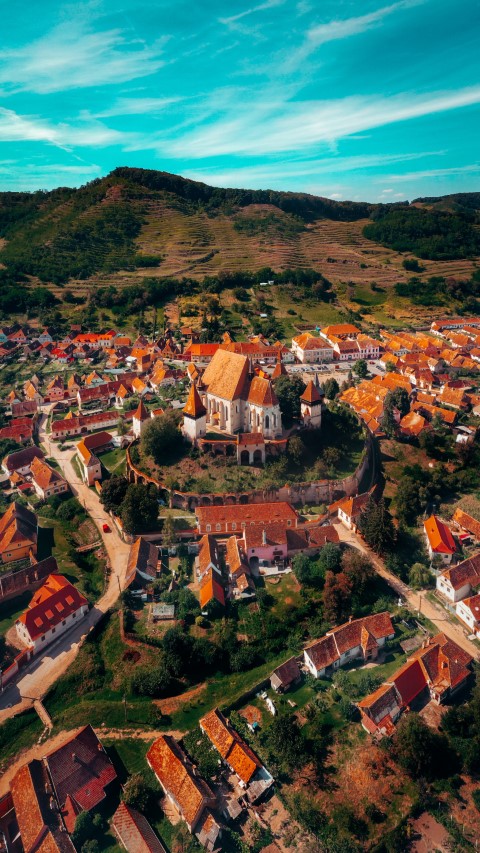 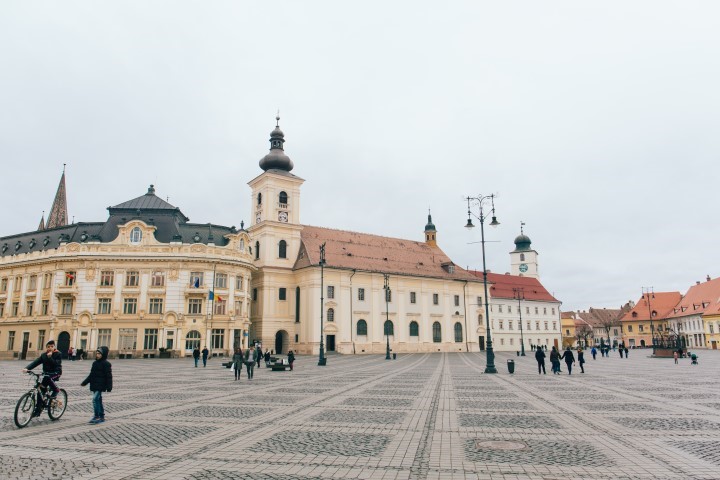 The following morning I learned more about the history of Sibiu on a 2-hour walking tour. Starting from the Big Square (Piața Mare), immediately you are greeted with the Old Town’s colourful buildings, defensive walls, towers and churches. The most interesting part of the tour was walking over the famous Bridge of Lies and learning about its many legends. The Little Square (Piața Mică) was the center of all trade in Sibiu. The Bridge of Lies is situated at the edge of this square and legend say that swindling merchants were thrown off the bridge in front of so no trader dared to be dishonest while trading there.

My time in Transylvania had come to an end and it was time to make the journey back to Bucharest for my flight back to the UK. For me, Romania is one of Europe’s most interesting countries, with fairy tale castles, charming medieval cities, rich history and thriving wildlife all only a short 3 hour flight from home.

We are delighted to announce that our Romania holiday is now online, with amazing discounts and flexible booking conditions. Flights from the UK, accommodation and transfers are included in the price.