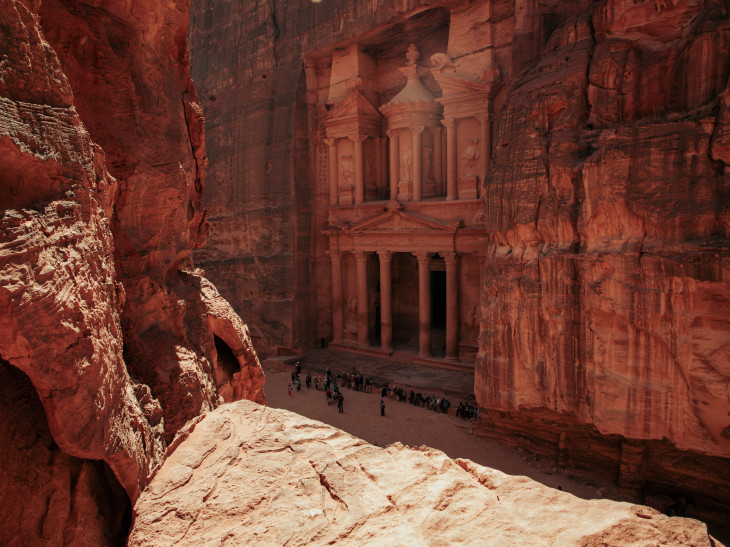 From the frenetic buzz of urban Amman, the enchanting starkness of Wadi Rum, the majestic ruins of civilizations past in Petra, to the lowest point on earth at the Dead Sea, there are plenty of reasons to visit Jordan.

My journey through Jordan was a loop, starting and ending in Amman. The capital city of Amman surprised me; the Downtown boasts spectacular Roman ruins as well as a hubbub of mosques, souqs and coffee shops. I travelled south on the 5,000 year old King's Highway, stopping at various ancient sites before reaching the iconic desert city of Petra. After spending a full day exploring this fascinating site, I journeyed to the moonscape terrain of Wadi Rum. It was spectacular to witness the ever-changing colours as the sun sunk below the horizon, until I fell asleep under the stars at the desert camp. Leaving the desert behind, I ventured north and visited the Dana Nature Reserve, the largest in Jordan and one of its hidden gems. I ended my trip with a couple of days relaxing at the Dead Sea, soaking up the views of the sea and the surrounding mountains. 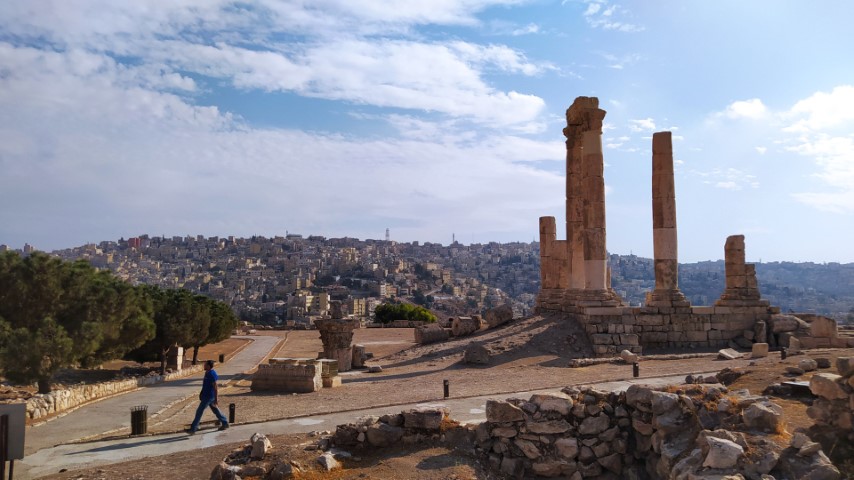 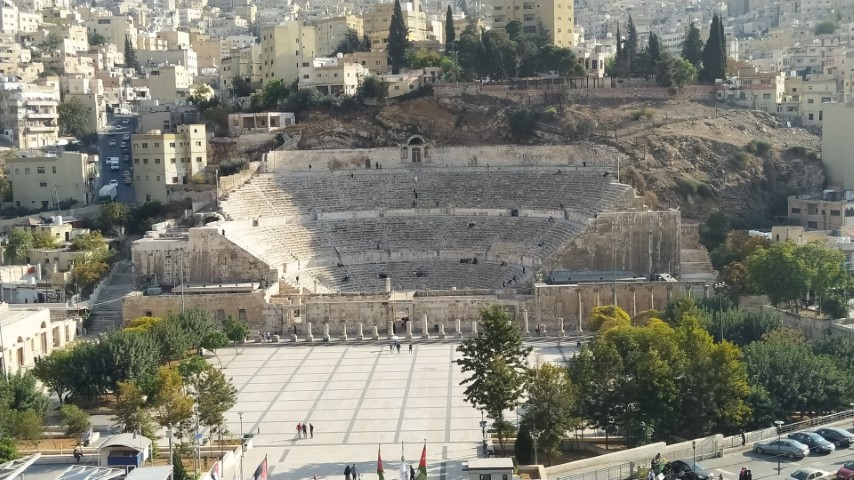 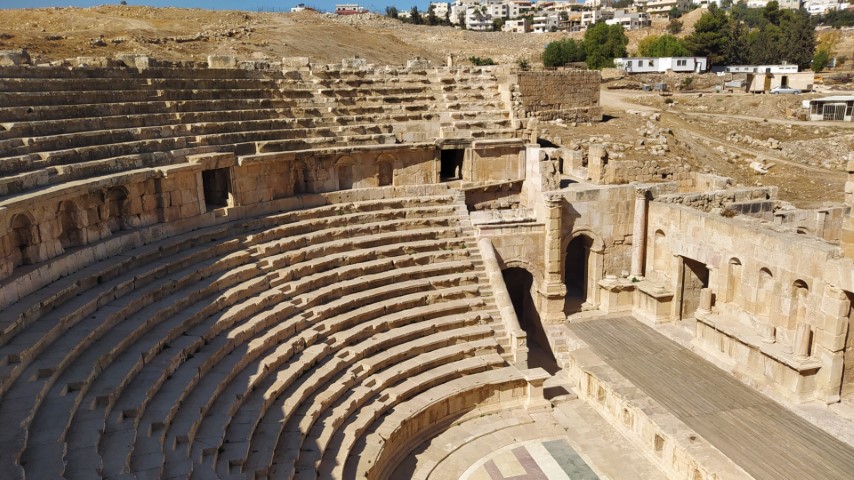 Jerash is home to one of the best preserved Greco-Roman cities. Its South Theatre built in 92 AD can seat more than 3,000 spectators. 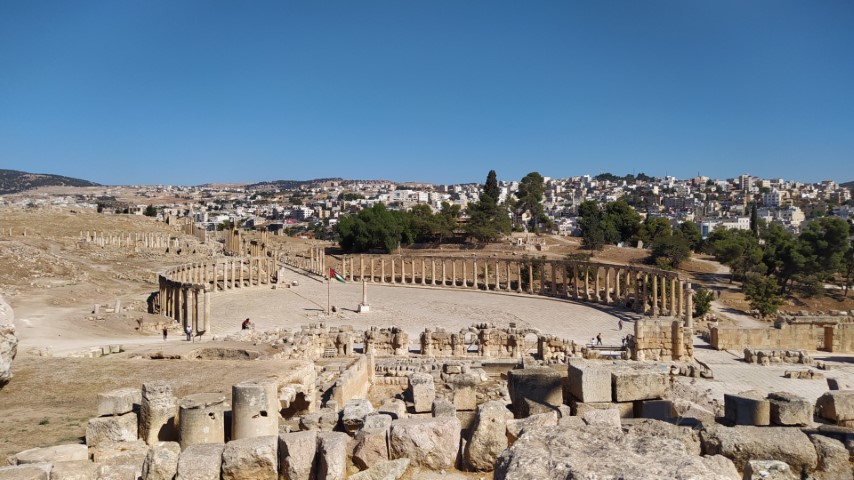 Mount Nebo is mentioned in the Bible as the place where Moses saw the Promised Land. On a clear day, the viewpoint looks out onto the Dead Sea, Jericho, Bethlehem and the distant hills of Jerusalem.

The iconic Ad Deir Monastery inside the ancient city of Petra. 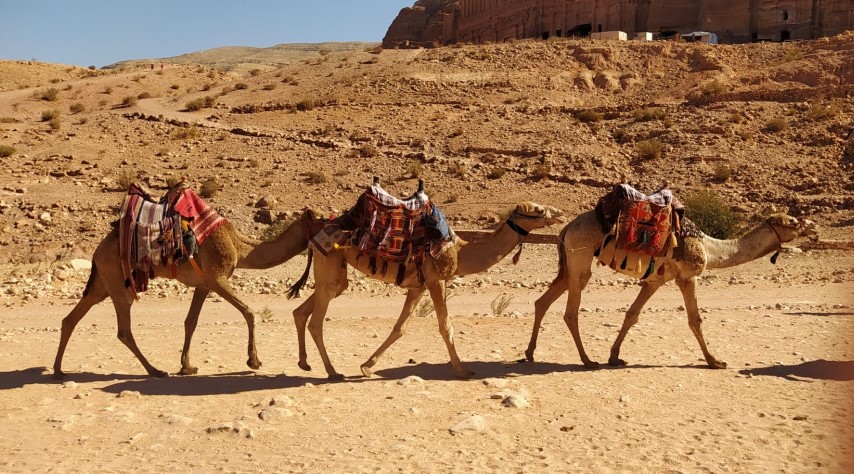 Petra has more than a thousand tombs carved in its rocky terrain.

Spectacular desert scenery is found in the south of Jordan at Wadi Rum, also known as Valley of the Moon.

Dana Biosphere Nature Reserve, a series of inter-connected wadis that are home to wildlife, incredible landscapes and thousands of years of history.

Experience the feeling of weightlessness while floating on the Dead Sea, the lowest point on Earth.

The highlight of my trip to Jordan was ticking the lost city of Petra off my bucket list. Despite only being rediscovered some 200 years ago, 85% of Petra is still buried and untouched! It is hard to describe the feeling of seeing the Treasury for the first time; wandering through the Siq passage opens up onto the magnificent rock-cut façade, the Treasury is almost 40 metres high.

We are delighted to announce that our Jordan holiday is now online, with amazing discounts and flexible booking conditions. Flights from the UK, hotels, tours, transfers and most meals are included in the price.