9 Classic Things to Do in Mexico City 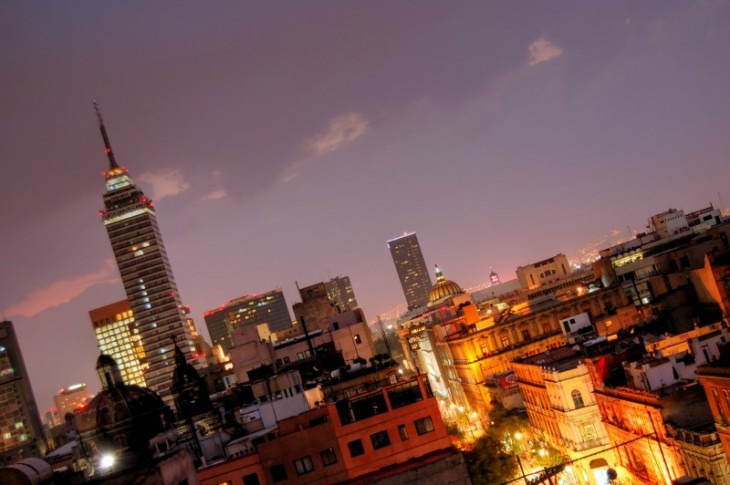 We got our first sight of Mexico City as we circled above the metropolis after our 11 flight from London. Viewing this sprawling city from above at night truly emphasised the sheer size of the capital and we couldn’t wait to start exploring. What follows is what we got up to, and what you might want to do too.

The Zócalo and All the Things to See There

Our first few nights were spent in the Centro District; the perfect place to delve into the main sites of the city. A short walk from our hotel was the central Zócalo (the main plaza) surrounded by some of Mexico City’s most iconic attractions and the heart of the ancient city. The Zócalo is shrouded in myth, a favourite being that the inspiration for the Mexican coat of arms (an eagle perched on a cactus eating a snake), came from a sight witnessed on this very square. It is also where the Aztecs centred their ancient city of Tenochtitlan.

The National Palace dominates the entire east side of the plaza and houses the offices of the President of Mexico and the famous murals of Diego Rivera depicting the rich history of Mexico. The Metropolitan Cathedral which was built on the site of the former Aztec sacred precinct of the Templo Mayor to consolidate Spanish power, dominates the Northern side of the square.

The cathedral itself bares some of the most ornate decorations in Latin America, while below it excavations near the cathedral unearthed the remnants of the ancient Templo Mayor. A visit to the museum and archaeological site lends great insight into the depth of the city’s history. It is also possible to see evidence of the sunken fate of Mexico City in this area; many of the buildings appear unbalanced, teetering askew or dipping in their foundations.

See Mexico City from 184 Metres Up

A short walk from the Zócalo is the Torre Latinoamericana – formerly the tallest building in Latin America. A visit to the observation deck, towering some 184 meters above the city, offers an impressive perspective of the city. Helicopters zip past at eye-level and the true bustle of the city can be witnessed. Almost in the shadows of the Torre is the Museo del Palacio de Bellas Artes. The building itself is a work of art, with its iconic neoclassical and art nouveau façade, and it houses some of the most famous Mexican art works by the likes of Rufino Tamayo, Diego Rivera and David Alfaro Siqueiros.

Attractions for the Open-Minded Foodie

If you are an adventurous eater a trip to the Mercado de San Juan is essential. This traditional market has become famous for its high-end products and unusual offerings. Sections of the market sell exotic fruits and vegetables and almost every kind of meat is available too, from the typical chicken, duck and goat to the truly unique crocodile and armadillo. If you want to push the boat out even more, scorpions, crickets and worms are also available for a quick snack! Most stalls can accommodate a few diners and offer traditional drinks such as pulque made from the sap of the maguey plant. 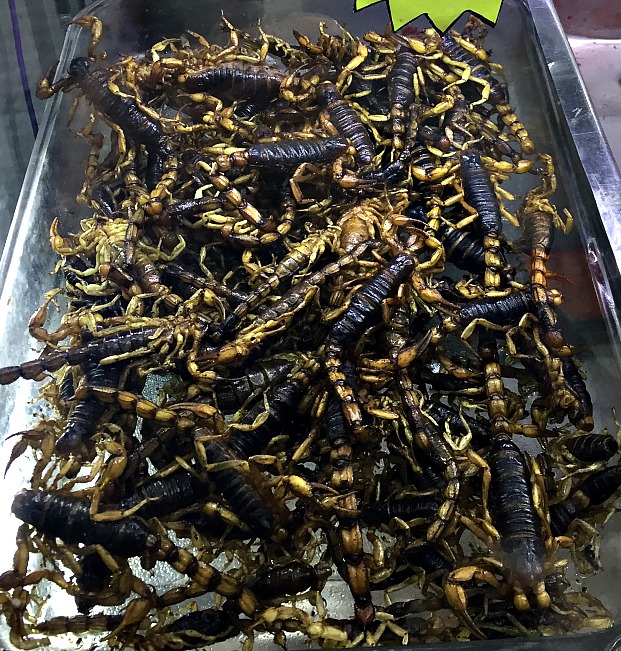 For a more relaxed experience away from the hustle and bustle of the Central District, a visit to the bohemian districts of Condesa and Roma are highly recommended. These areas were famous for being the fashionable part of the city during the Golden Age of Mexican cinema during the 1940’s and 1950’s. The area is now largely residential but houses some of the city’s most popular restaurants. Various markets, such as the Mercado Roma, have sprung up in recent years showcasing the vast array of cuisines available in the area, from traditional tacos to experimental offerings like giant chocolate clams.

Adjacent to these neighbourhoods is the Chapultepec district where the ‘lung’ of Mexico City, Chapultepec Park, can be found. The park is one of the largest city parks in the Western Hemisphere and has been held as a sacred place since the pre-Columbian era. There are several sites worth visiting in the park itself, the most notable being the Chapultepec Castle, formerly the residence of the Mexican head of state, and the world famous Museo Nacional de Antropologia & Chapultepec Park, where you can easily while away a few hours. 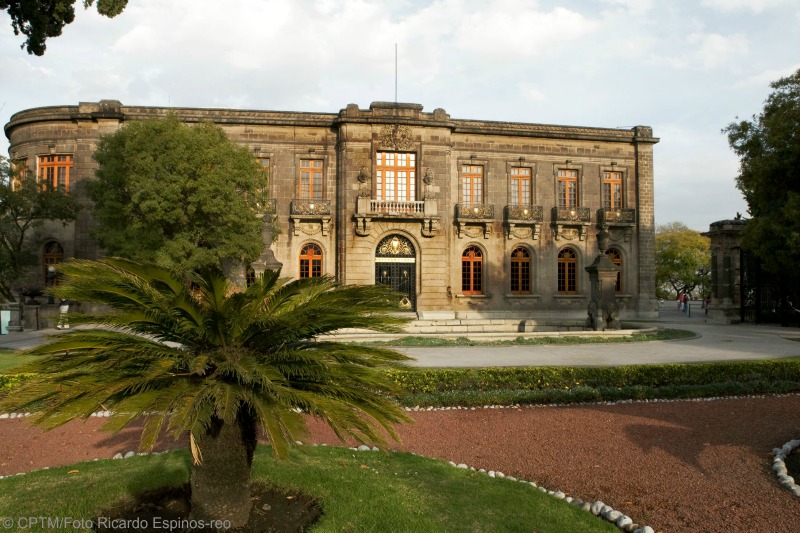 Of course the highlight of any visit to this city surely must be the vast archaeological complex of Teotihuacan – the largest city in the pre-Columbian Americas and formerly one of the most influential political, cultural and ceremonial centres in the Western Hemisphere. The site covers a vast area to the North-East of the city.

The site is bisected by the Avenue of the Dead, thronged by symmetrical temples on either side. Approximately half way along the avenue lies the hugely magnificent Pyramid of the Sun. Scaling the 64 metres to the top of the pyramids lends a unique view of the city complex below and it’s quite something to imagine the monumental ceremonial gatherings that took place here. 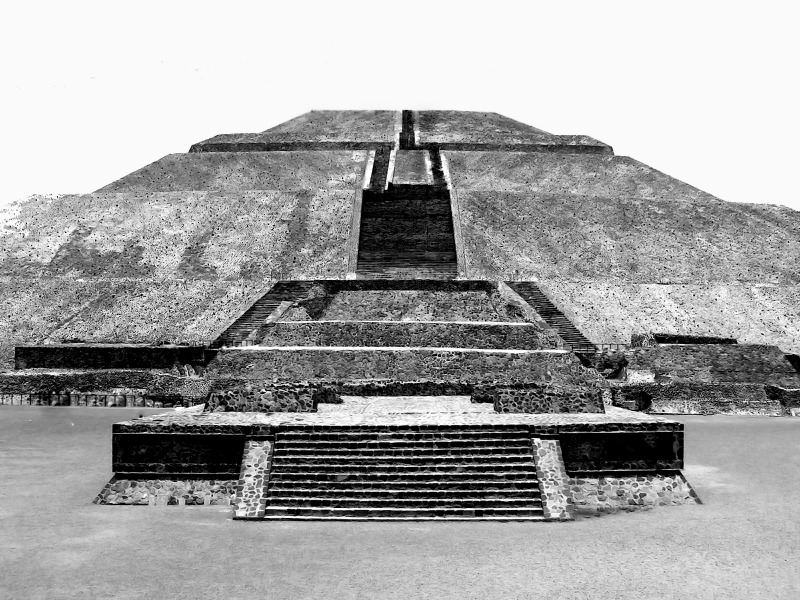 At the northern end of the avenue is situated the Temple of the Moon. Although this pyramid stands at a diminutive 42 metres compared to the Pyramid of the Sun and it is only possible to climb the steps to the first plateau the perspective gained appears higher. The view of the Temple of the Sun – neatly contouring the natural backdrop of the landscape – is extremely impressive and exemplifies the expert craftsmanship of the Aztecs.

And with that you will have seen some of Mexico City’s most iconic sites, but only scratched the surface of what this impressive city has to offer!

See it for Yourself

If you are inspired to visit Mexico yourself, you can view our Mexico holidays online or get in touch to make an enquiry.