An animal checklist for the Amazon Rainforest 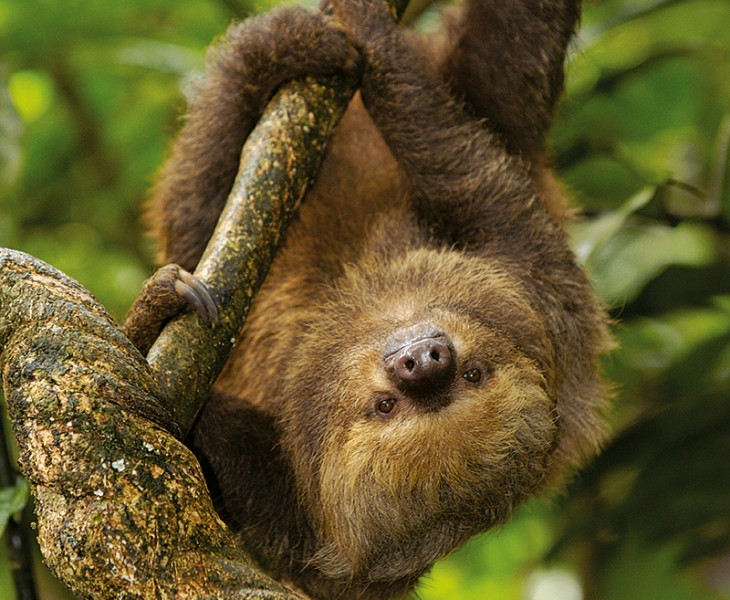 The Amazon Rainforest is humming with life, from the large mammal species all the way down to the tiny frogs and insects. This is of course why so many travellers venture into the humid depths of the jungle. If you have a trip planned, these are some of the animals you might encounter while you're there. 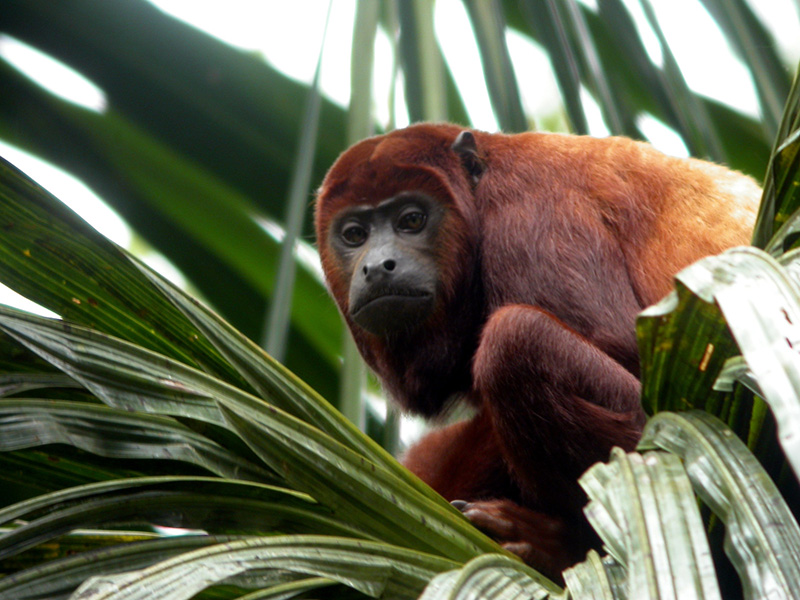 Monkeys are a common species to spot in the jungle, unsurprising since there are so many of them! Scientists are continually discovering new species in remote corners of the Amazon.

You’ll probably spot a number of monkey species since they travel in large groups, aren’t shy and tend to make a lot of noise. None more so than that howler monkeys though, whose territorial screeches can be heard up to three miles away!

Despite moving slowly, sloths can be remarkably hard to spot in the jungle foliage. Since they generally don’t move very fast, they rely on camouflage instead (although one interview with a scientist reports a sloth moving “at the speed of a cat running across a room”!). As a result, when you do spot them, it can feel rewarding. 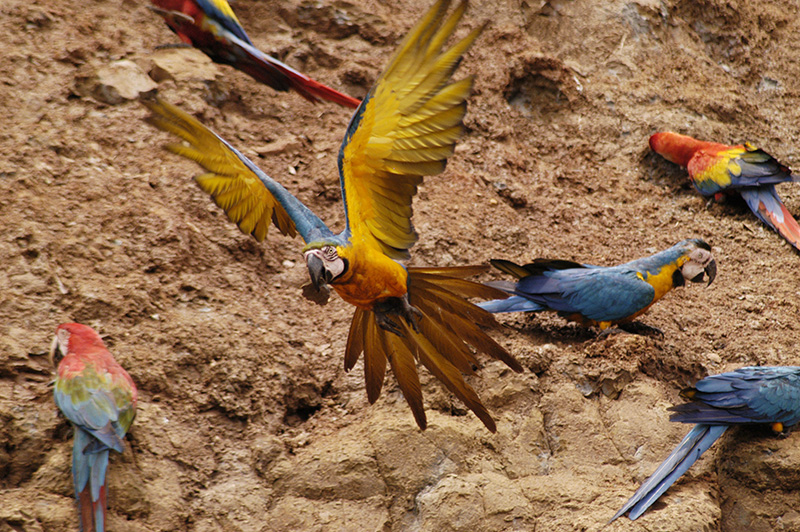 Macaws are not tricky to spot in the Amazon, but thanks to their bright colours, they are definitely a favourite amongst visitors. An Amazon highlight for many is to see hundreds of the birds converging at a clay lick, where they cling to the clay wall on the banks of the river, gathering clay which they later eat. To this day scientists are unsure of why they do those, although most theories revolve around them lacking certain nutrients in the plant-based diet.

The Tambopata Research Centre in Peru is one of the best places to visit a Macaw clay lick. 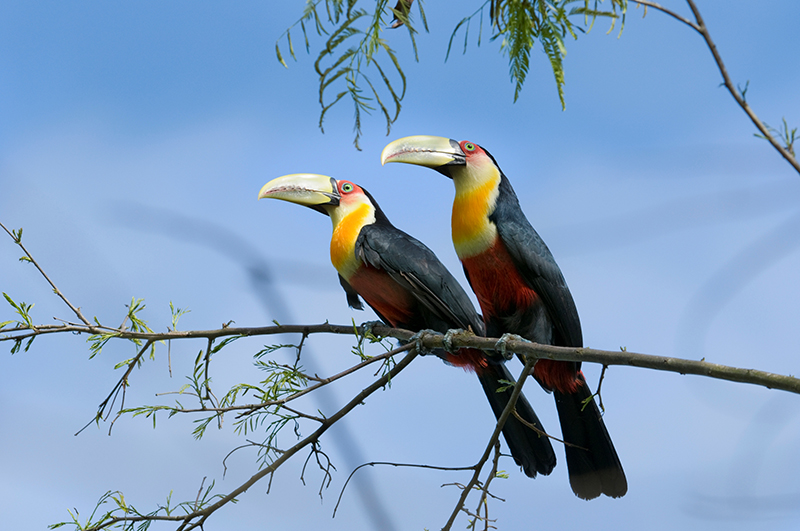 Toucans are another iconic jungle sight, thanks to their colourful, oversized beaks. Their bills may look disproportionately large to be carrying around, but in reality they are more like a shell of bone, than a solid mass of beak.

While mating is said to come into it, the main use for such a large beak is to help them reach food (berries, insects, lizards and eggs), either reaching deep into crevices or eating from branches that are too flimsy to hold their weight. 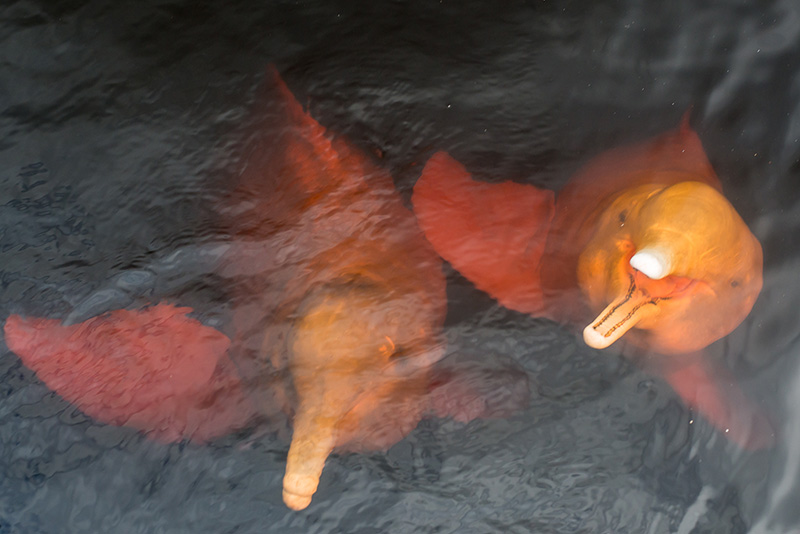 One of only three species of dolphin found in freshwater, the pink river dolphin (as it’s also known) is considered endangered. Their habitat is at risk due to irrigation projects, and pollution caused by the petroleum industry.

While they are at risk now, traditionally native people to the area have revered the dolphins as they are thought to have special powers.  However, these days they are often seen as a threat to fishermen’s fish stocks. 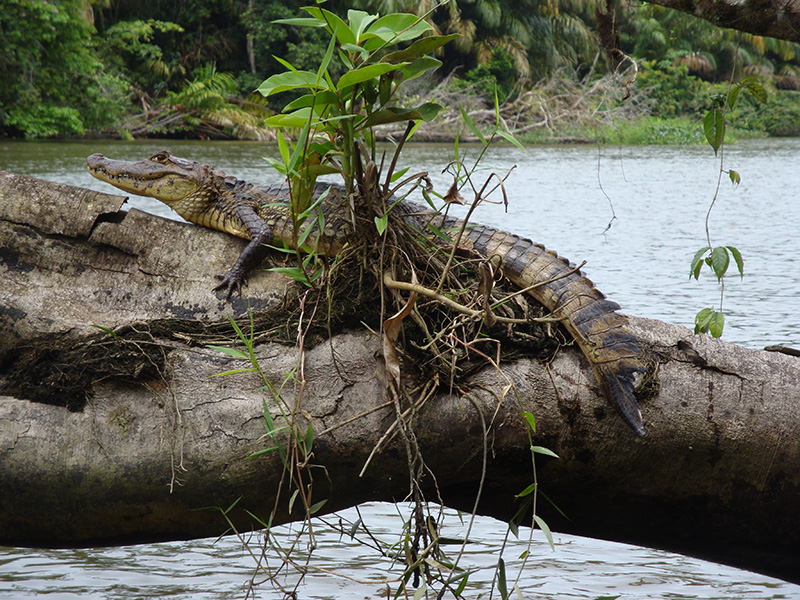 The Amazon jungle is home to 6 species of caiman, ranging from the large, and often aggressive black caiman, to the smaller, and mostly harmless smooth-fronted caiman. Depending on the species, they fit into the food chain as either apex predators eating fish and small animals, with no natural predators, or as prey (a fate which befalls the smaller species when a hungry jaguar pounces). 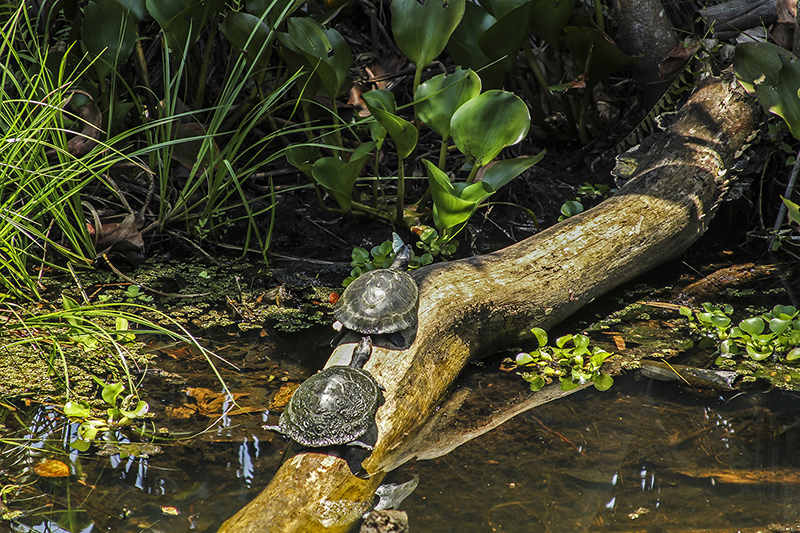 River turtles are yet another threatened species inhabiting the Amazon jungle. Their double layered shells and pointy snouts are distinct, and their nests are easy as pie to spot. Speaking of pies, river turtle meat has long been used as a source of protein for the indigenous people’s diet, and their eggs are seen as a delicacy.

The exotic pet trade and the demand for their eggs sees them floundering in the wild, a shame as they play a vital part in the Amazon’s ecosystem. Eating dead matter, they help to keep the river water clean, as well as being a food source for multiple predators. 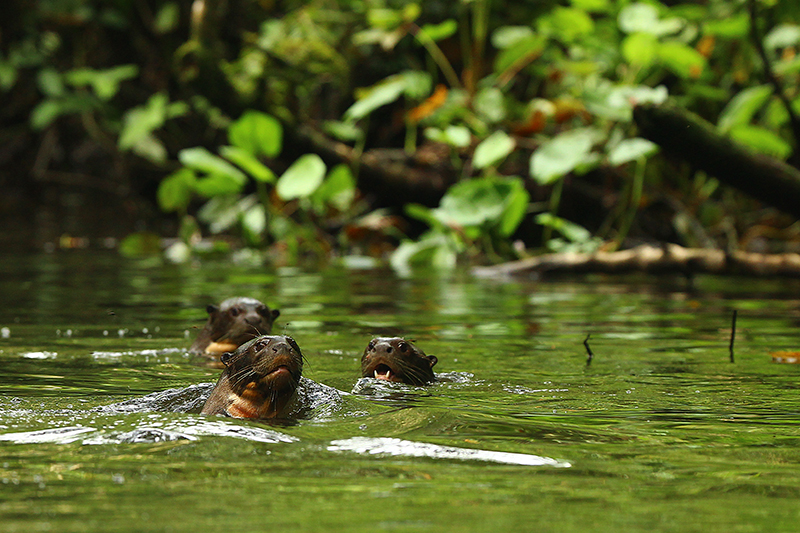 Among their claims to fame, Giant river otters are born completely covered in fur, and are one of few carnivore species that have a furry nose. They are social creatures which can often be spotted swimming in large groups. They are curious - and cheeky too – making them an entertaining species to encounter on a jungle excursion. 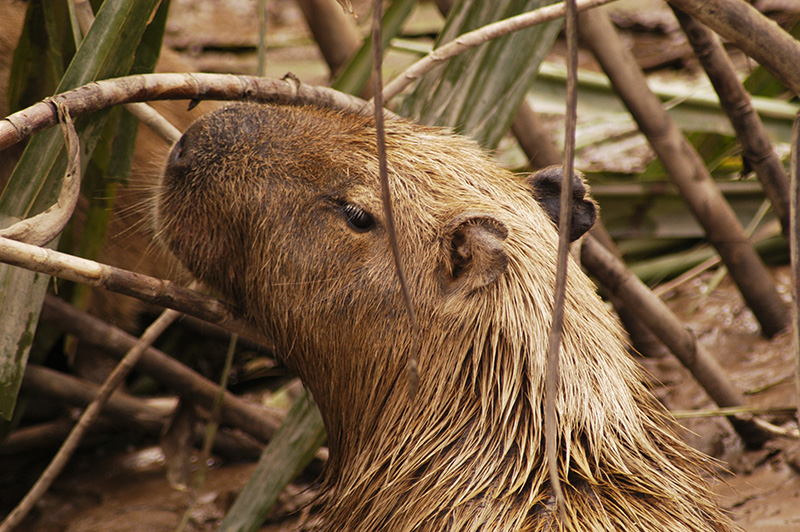 If ever there was strange animal it is the capybara. The largest rodent species in existence, they are pretty odd looking - somewhere between a large guinea pig and an actual pig. They have spindly legs, and large clunky snouts.

The good news is that these creatures are not endangered! They are adept at grazing even the shortest grass and although they are apparently built for water (many rituals, including mating, take place in water), they are quite capable of surviving out of the water too. 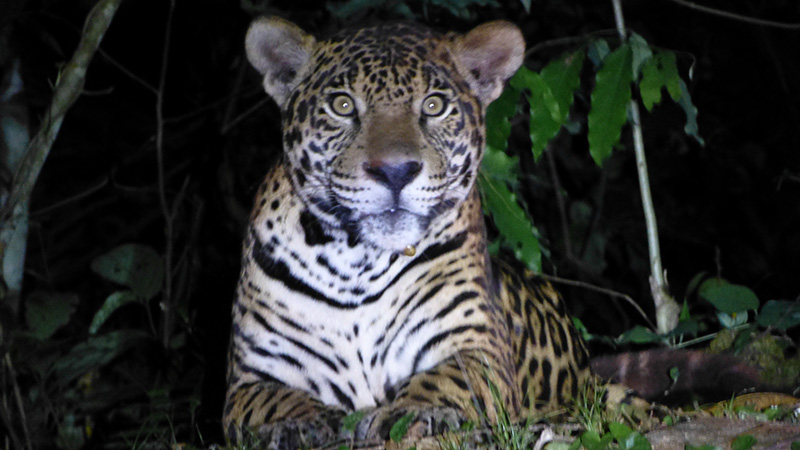 The jaguar is the largest cat-species in the Americas, and were once found as far afield as the southern United States and central Argentina. Today they are concentrated within the Amazon rainforest and Pantanal Wetlands in Brazil. Jaguars live near water (lakes, rivers and wetlands) and, unusually for cats, are not averse to taking a dip in the name of dinner.

Despite their large size and striking appearance, these cats are extremely elusive, and while they are top of the list for many visitors, few get to see them in person.

If you're not sure which wildlife destination will suit you best, read this blog post. And if you want to book an Amazon trip, you can see all our Peru jungle holidays, Ecuador jungle holidays and Brazil jungle holidays on the Llama Travel website.