Colonial Quito Excursion - What To Expect 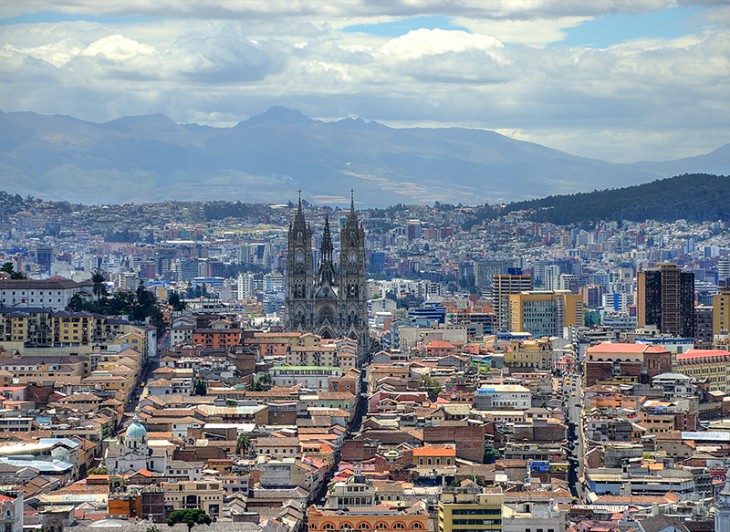 I was lucky enough to do the Colonial Quito excursion twice during my six months living in the Ecuadorian capital – once on my first day and then a few months later when my family came to visit. Having spent a lot of my weekends wandering around and getting to know the ins and outs of the historic centre, I can safely say that this excursion encompasses all the best bits and is a great starting point for a first visit to Quito.

Feeling slightly jetlagged and somewhat apprehensive about what the next six months in this strange new city would bring, I was more than happy to spend my first day in the safe hands of a tour guide. I was picked up promptly at 8:30am, ready to begin the tour at 9am. Here are a few of the highlights... 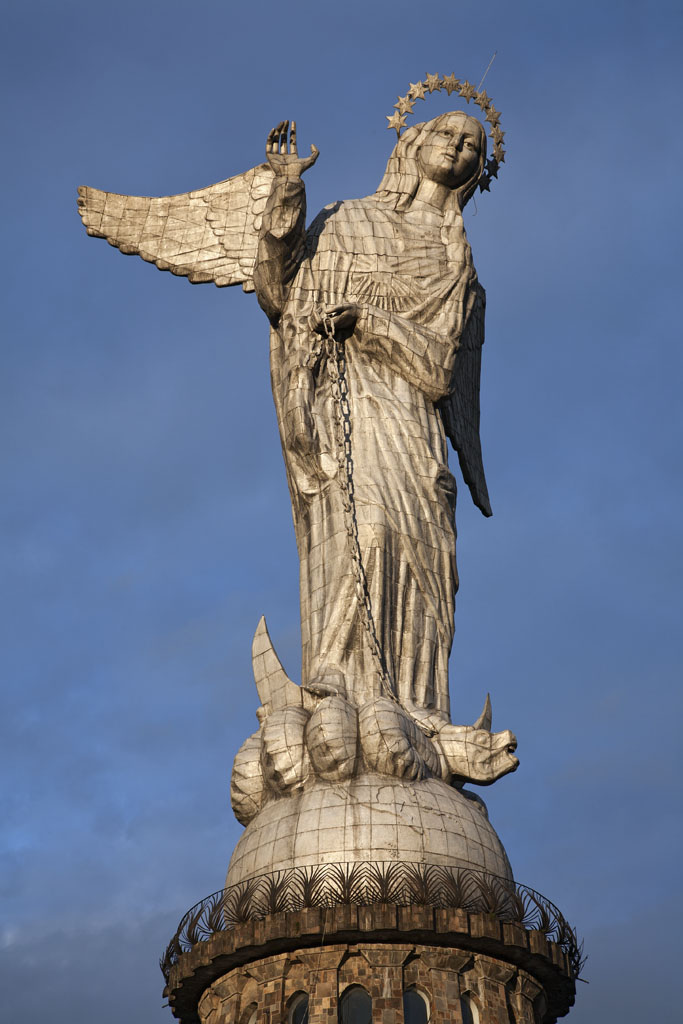 We started by driving up to the 3,016 metre-high Panecillo hill which features the Virgin of Quito, a huge sculpture made from 7,000 pieces of aluminium, which can be seen from just about anywhere in the city. The statue features wings, a crown of stars and a chained dragon, and you can enter its base where there is a small museum and three flights of stairs which can be climbed for some stunning vistas of the city. This is visited first thing in the morning to give you the best chance of admiring the city before the clouds settle in. On a clear day, you’ll be able to spot Cotopaxi, the fifth highest active volcano in the world. 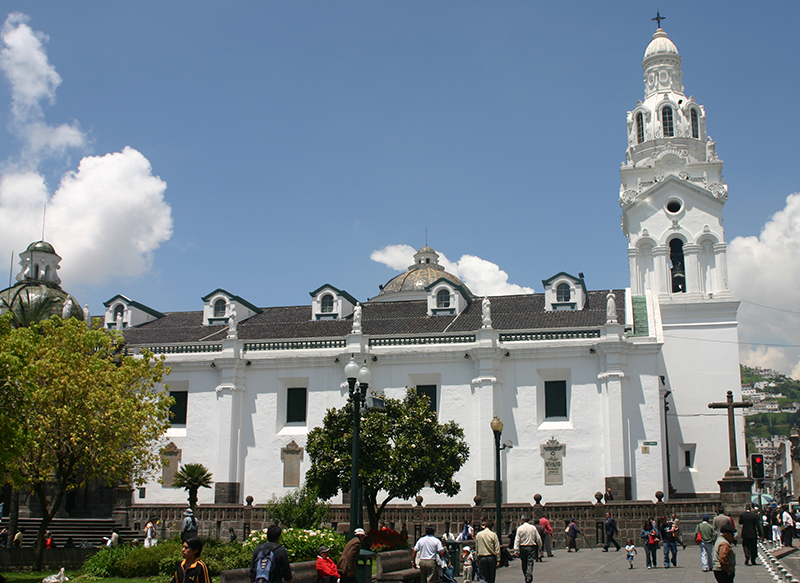 Next we were driven into the city to visit the main square, known as “La Plaza de la Independencia”. This is in the heart of Quito's colonial quarter, and is where the city was founded by the Spanish conquistadores. As well as palm trees, cafes and the monument in the middle which recognises the independence heroes of 1809, the square is flanked by the metropolitan cathedral, the former archbishop’s palace and the presidential Carondelet palace. It’s worth coming back here to sit on a bench and watch the people of Quito (known as “Quiteños”) go about their daily lives.

We walked for less than a block to reach La Compañia; Quito’s most ornate and beautiful church. Its interior is decorated with gold leaf, and it has been recognised by UNESCO as one of the 100 most important World Heritage Site Monuments in the world. We weren’t allowed to take photos in the church, but we spent a while admiring the elaborate paintings, altars, sculptures and wood carvings as our guide told us about the church’s history. 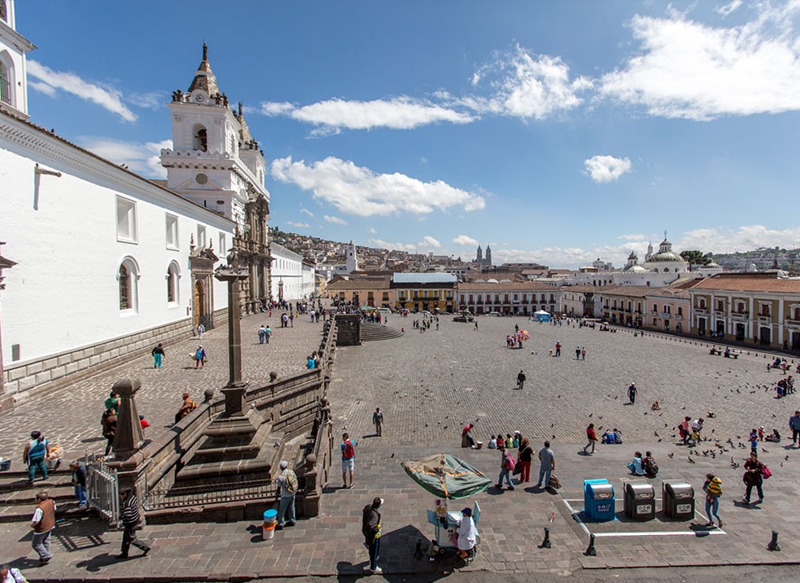 We strolled down a few more pedestrianised streets and popped into a cocoa shop where we got to sample some of Ecuador’s award-winning chocolate, then visited Plaza de San Francisco, a huge cobblestone square dominated by the enormous San Francisco Church which once housed some 160 monks. We entered the church and spent some time exploring the many parts of it. Spread over eight acres, it is the biggest of its kind in the Americas, and encompasses a main church, two chapels, courtyards, vegetable gardens, catacombs and even a football pitch. 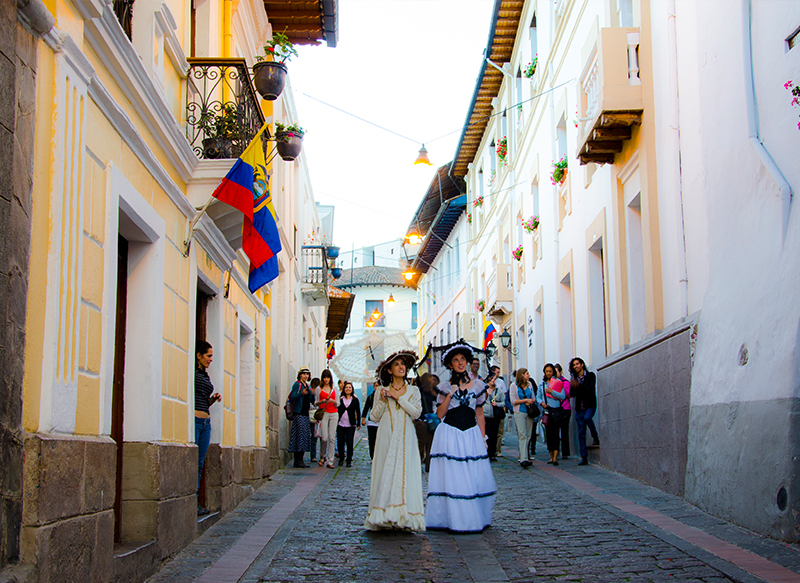 The final stop was my favourite place of all: La Ronda. Steeped in history, this narrow pedestrian street is lined with galleries, bars and artisanal workshops. We admired the Spanish houses with wrought-iron balconies adorned with flowers, whilst learning about its fascinating history. Dating back to Inca times, La Ronda gained its bohemian status in the late 19th century when it was a favoured hangout of musicians, painters, poets and political activists.

We finished the tour with an artisan ice cream in a parlour offering all sorts of weird and wonderful flavours, then had the rest of the afternoon to go back to our favourite places, shop for souvenirs and explore Quito at a leisurely pace. Throughout the whole tour I felt incredibly safe and well looked after, more than happy to listen to our guide who filled us with interesting anecdotes about the city as well as general information about Ecuador. Click here to learn more about Quito's history.

If you have some more free time in Quito, there’s so much more to explore. Stroll around La Floresta neighbourhood with its colourful street art and art galleries, watch a local game of volleyball in El Eijido park, visit the botanical gardens in La Carolina and last but not least, take the cable car up to Pichincha for some incredible views. You can read more about Quito’s attractions here. 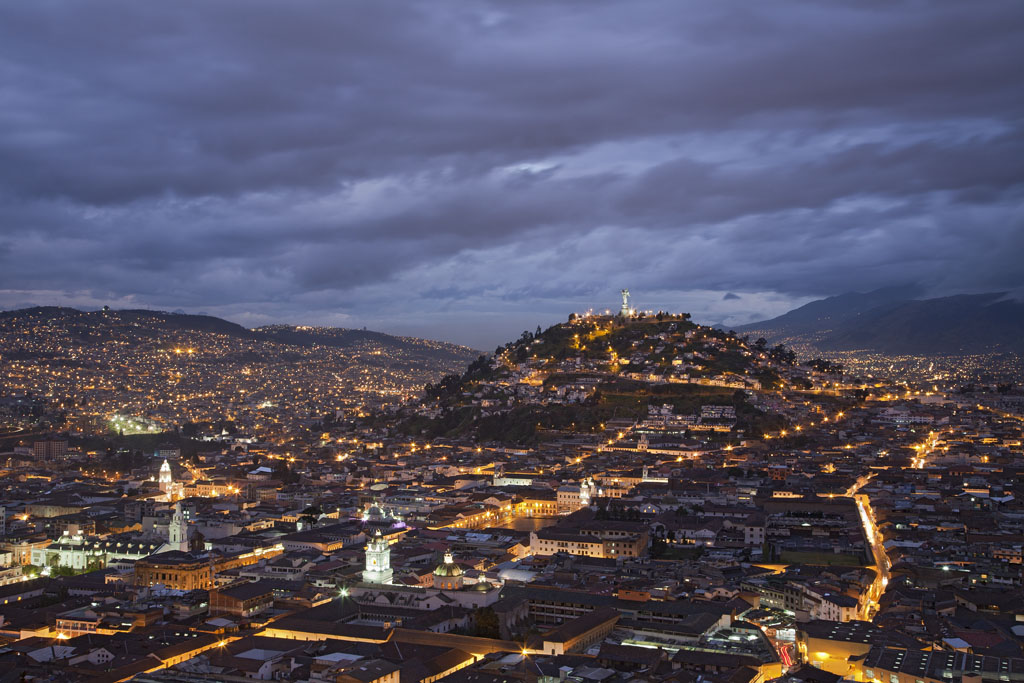 Of course, exploring the colonial centre is only part of Quito's appeal. You can also take the cable car to Pichincha for panoramic views of the surrounding volcanoes and Andean scenery, or spend time exploring the cobbled streets and traditional cafes of Quito's less-visited neighbourhoods including La Floresta and Guápulo. You can also take a day trip to spot hummingbirds in the cloud forest, or visit Otavalo, South America's largest indigenous market.

If reading this has sparked your interest in visiting the capital of Ecuador, browse our Galapagos & Ecuador holidays, all of which include several days in Quito.