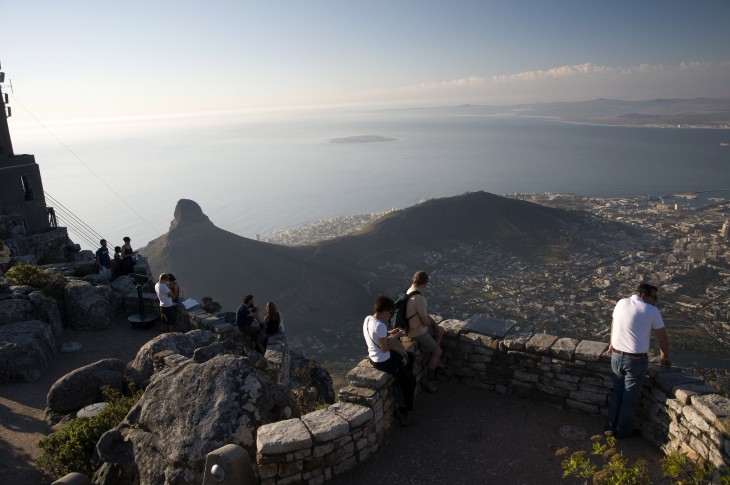 Perched on the South Atlantic Ocean with the imposing Table Mountain as its backdrop, Cape Town, the Mother City of South Africa, is one of the most scenically beautiful cities I have ever visited. With its varied history involving the Portuguese, Dutch and British, it is a cultural melting pot.

Cape Town Airport is only a short transfer from the city, depending on the traffic, which is notorious for rush hour madness. I stayed at the Sunsquare Cape Town City Bowl which is one of our standard hotels. Situated near the downtown area of Cape Town it is a relative newcomer. A smart and modern hotel, the rooms are spacious and comfortable, breakfast is tasty and plentiful. The hotel has a small rooftop pool and bar which give you some fantastic views of the city and Table Mountain. 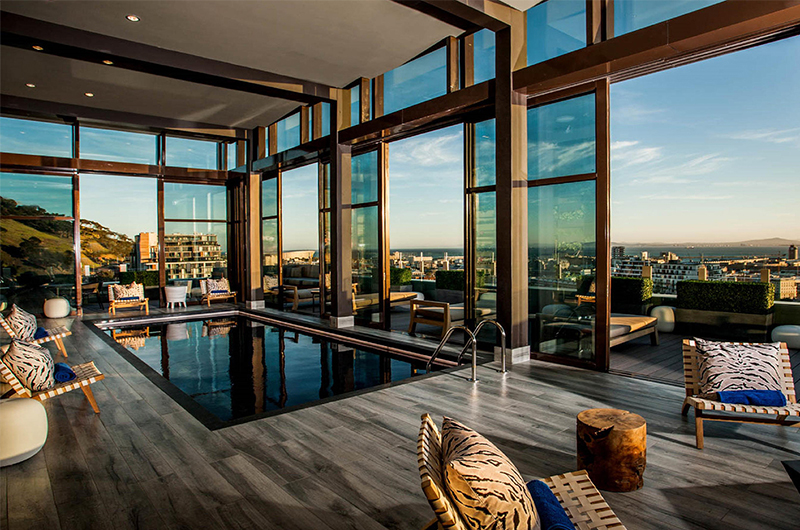 It is a short taxi ride to the famous Victoria & Alfred Waterfront with its large selection of cafes, bars and restaurants and excellent shopping opportunities. Because of the very small time difference between the UK and South Africa, jetlag is not an issue, so I was relatively fresh after the journey and raring to go to see all that the city had to offer. 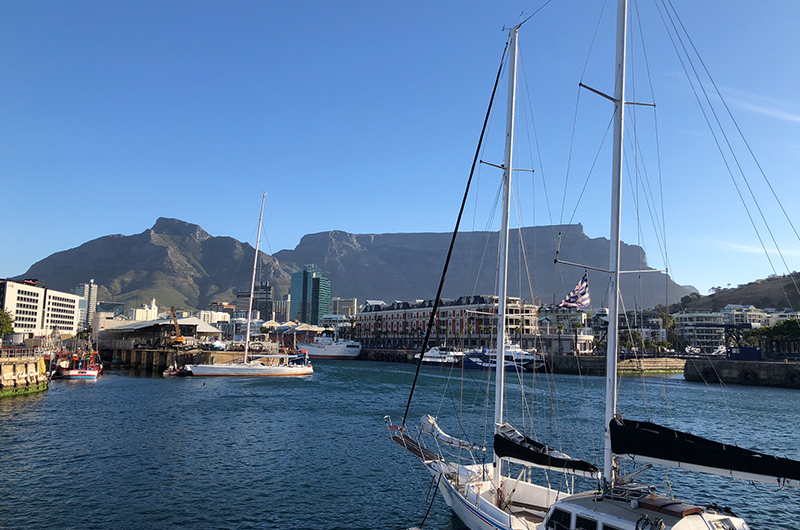 No visit to the city would be complete without a trip to Table Mountain, one of the New 7 Wonders of Nature. It is the number one tourist attraction in Cape Town and is accessible by revolving cable car, as long as the Cape Doctor is not blowing too much! The cable car journey is a short one but gives you fantastic 360 degree views of the mountain above and the city below. Once at the top you are treated to incredible vistas of Robben Island, the city and the peninsula it is situated on. There is an abundance of flora and fauna to experience, including the rock hyrax, locally known as the dassie, a cute furry critter which is related to the elephant. 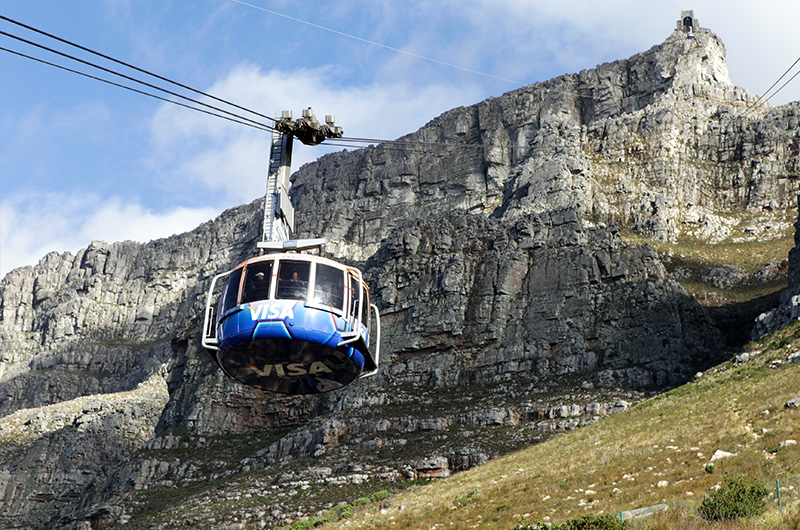 There are many areas of interest in and around the city centre. On the slopes of Signal Hill is Bo-Kaap or Cape Malay quarter, which is a former slave quarter of the city which has escaped the urban regeneration of Cape Town. Its multi-coloured houses have housed generations of the same families and are a proudly prominent feature of the city with an interesting museum outlining the community’s history and struggle. 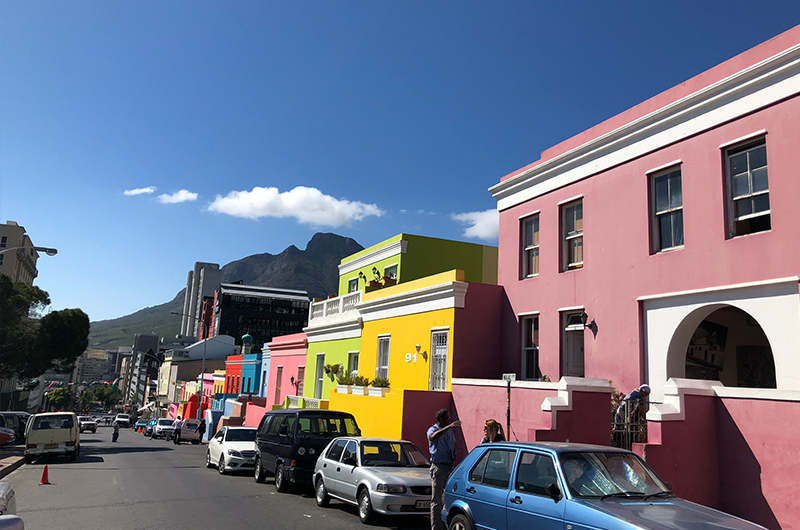 The Castle of Good Hope is the oldest surviving building in South Africa. The five-pointed stone fort was built by the Dutch who feared an invasion by the British. It is a large site with collections of paintings and artefacts and gives the visitor a good introduction to the complicated history of the City. 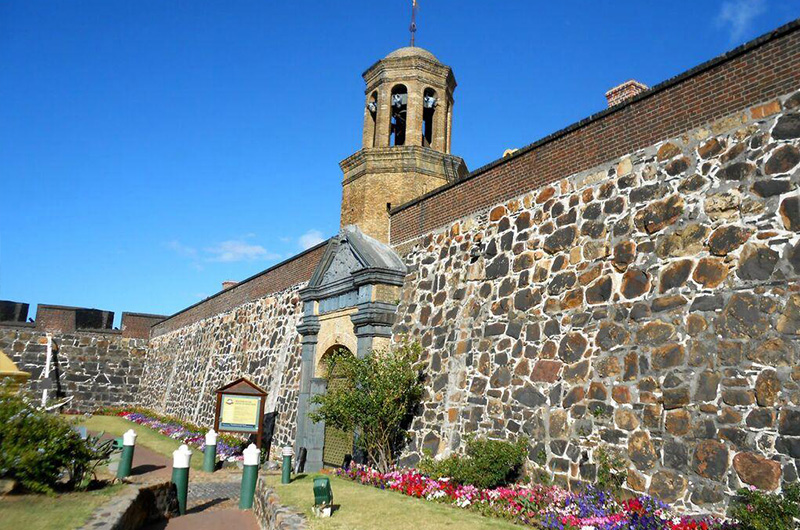 A short walk from here is The Grand Parade, the main public square of Cape Town, famous for the address made by Nelson Mandela on his release in 1990. 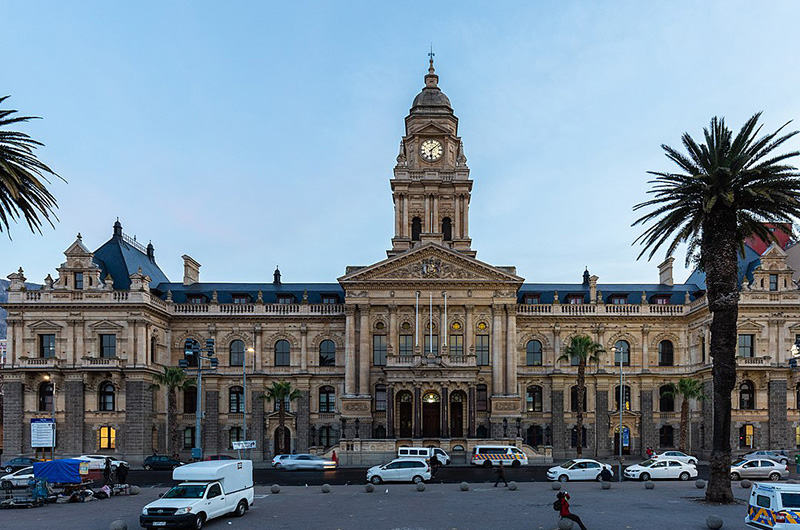 District 6 Museum remembers the events of the apartheid era when residents of the area were forcibly removed. 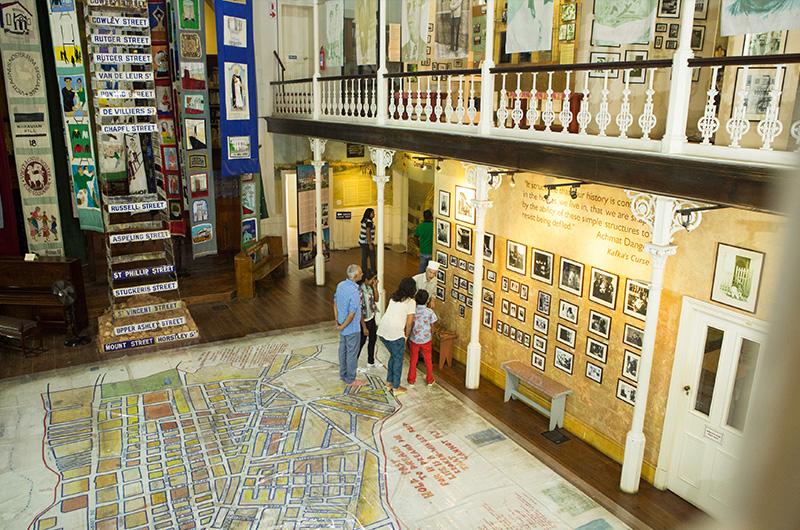 Company’s Garden, a beautiful park in the city centre, was originally created by the first European settlers to grow fresh produce for the ships rounding the Cape. It has evolved into a grand public space with a rose garden, fish pond, aviary, World War I Memorial Garden, historical monuments, the Iziko South African Museum and National Gallery. 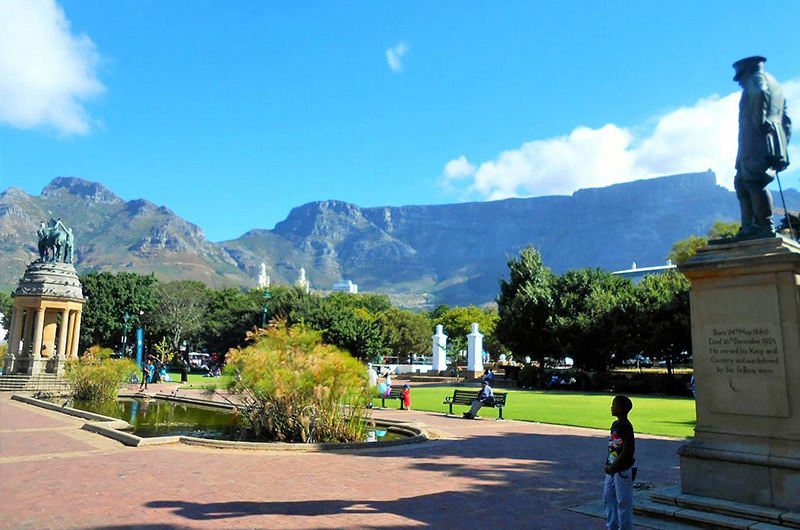 Running adjacent to the park is the local parliament buildings and nearby is the National Library, St George’s Cathedral, Slave Lodge, South African Jewish Museum and the Cape Town Holocaust Centre. 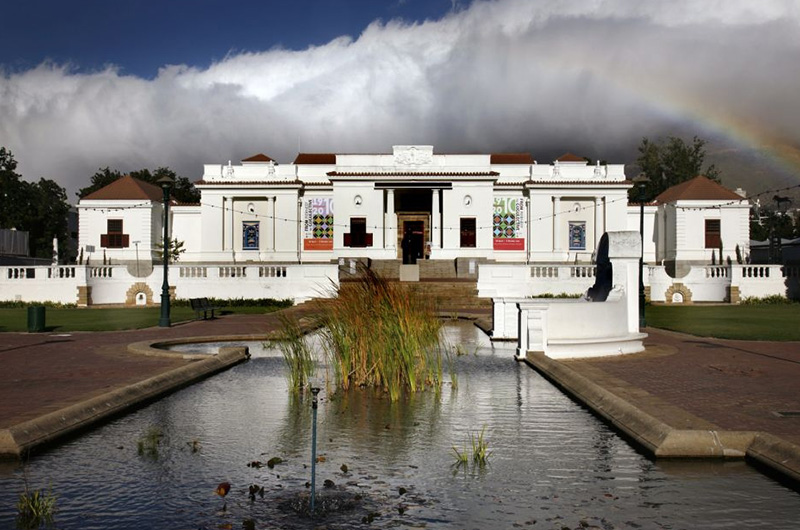 You can haggle with the local craftspeople in Greenmarket Square and fill that empty suitcase with exotic gifts and ornaments. 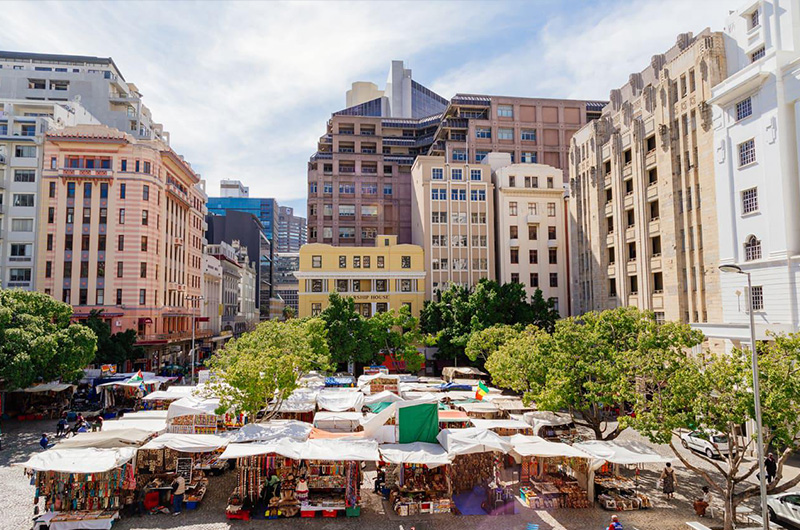 There is no shortage of great food options in Cape Town, from the fine dining at Test Kitchen to the local Braii on offer. Carnivores are very well catered for. The wine from the local vineyards are second to none and rather dangerously inexpensive. Make sure to take some home as a reminder of what will certainly be a wonderful stay in the Rainbow Nation.

All Llama Travel holidays to South Africa include several days in Cape Town. You can also visit the city as an extension from Namibia or Botswana.