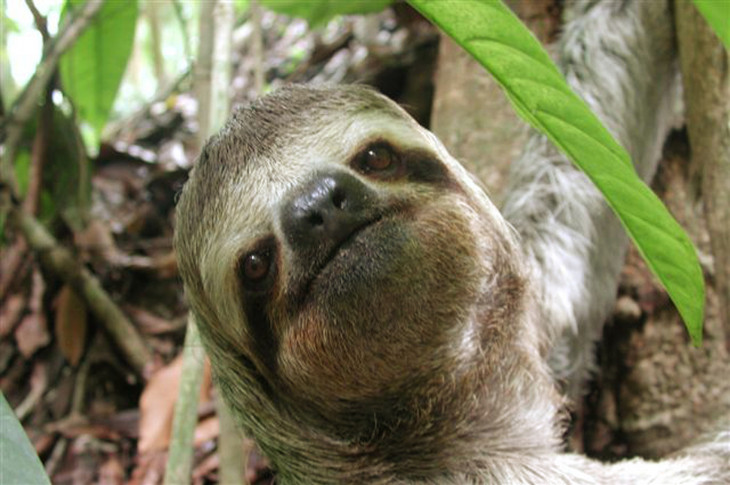 Costa Rica, a tiny country in Central America, has become known across the world for its rich biodiversity and sustainability. In an area only two and a half times the size of Wales, you’ll find smoking volcanoes, verdant rainforests, stunning tropical beaches and beautiful cloud forests. There are activities to please everyone – from spotting monkeys and sloths in the lush jungle and soaring over the treetops in the cloud forest, to white-water rafting with a view of Arenal Volcano and watching baby turtles scurry across the sand in Tortuguero. Here are just ten of many reasons to visit this charming country. 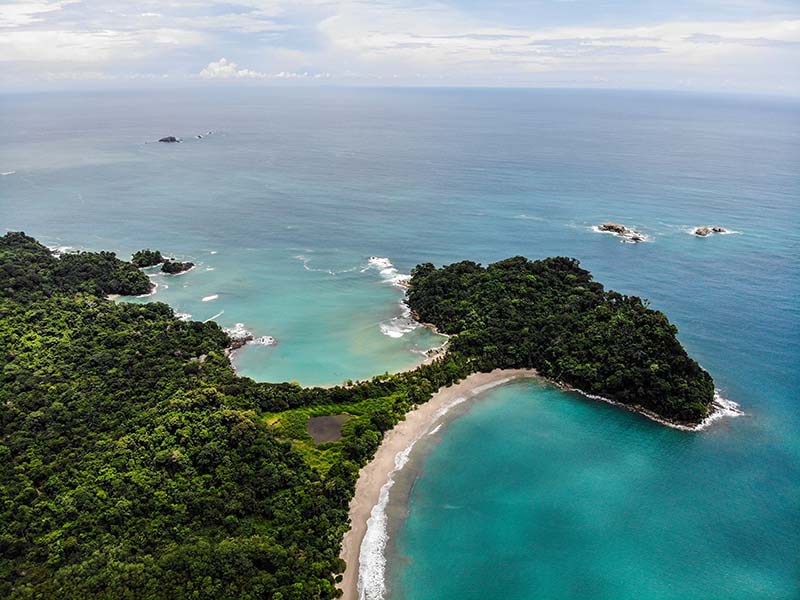 Despite making up just 0.03% of the planet, Costa Rica hosts 5% of the world’s biodiversity. A quarter of the country is made up of protected national parks and rainforests, and its small size makes it easy to see an obscene variety of scenery in just a few days – from tropical jungles and palm-fringed beaches to verdant mountains and over 60 active and dormant volcanoes. This is truly one of the best places in the world to experience pristine wilderness. 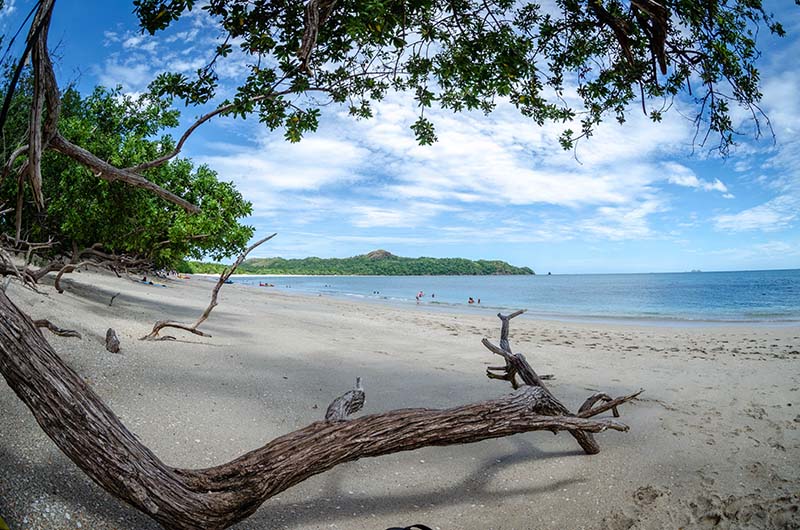 Thanks to the geography of the country, Costa Rica is blessed with two coastlines – one on the Pacific side and one on the Caribbean. Depending on where you go, you can spot whales, go surfing, explore laidback towns playing reggae music or trek through rugged rainforests teeming with flora and fauna. In Tortuguero, one of the most unforgettable experiences you can have is to observe sea turtles laying their eggs in the sand and watching newly hatched babies scrambling towards the sea for the first time. 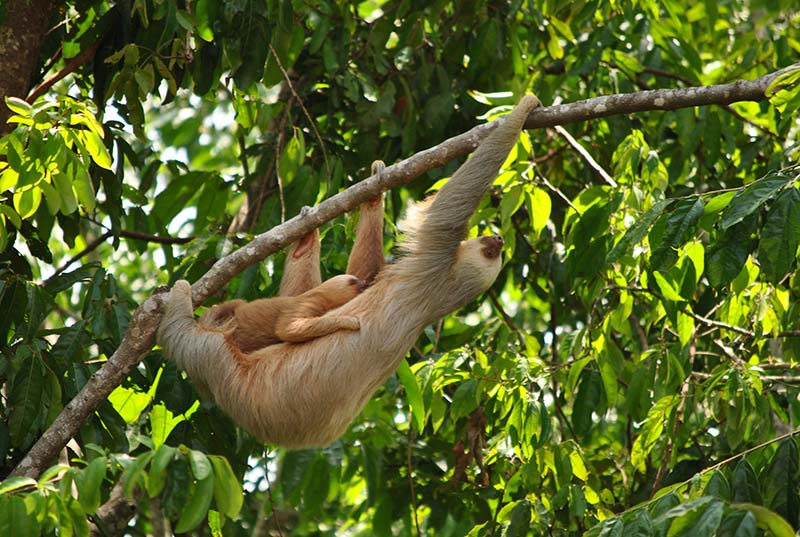 It’s hard to visit Costa Rica without seeing one of these slow-moving creatures. In the rainforest, you might be sitting outside eating your breakfast and spot a sloth hanging from a nearby tree, and whilst wandering around the rainforest trails you might encounter them sleeping peacefully next to lively howler and capuchin monkeys swinging through the treetops, alongside brightly coloured toucans, many types of reptiles, tiny dart frogs and more. The forest becomes alive at night, pulsating with strange noises and outlandish creatures as your senses become more attuned to the darkness - snakes, tarantulas, coatis, wide-eyed kinkajous, armadillos and bats. 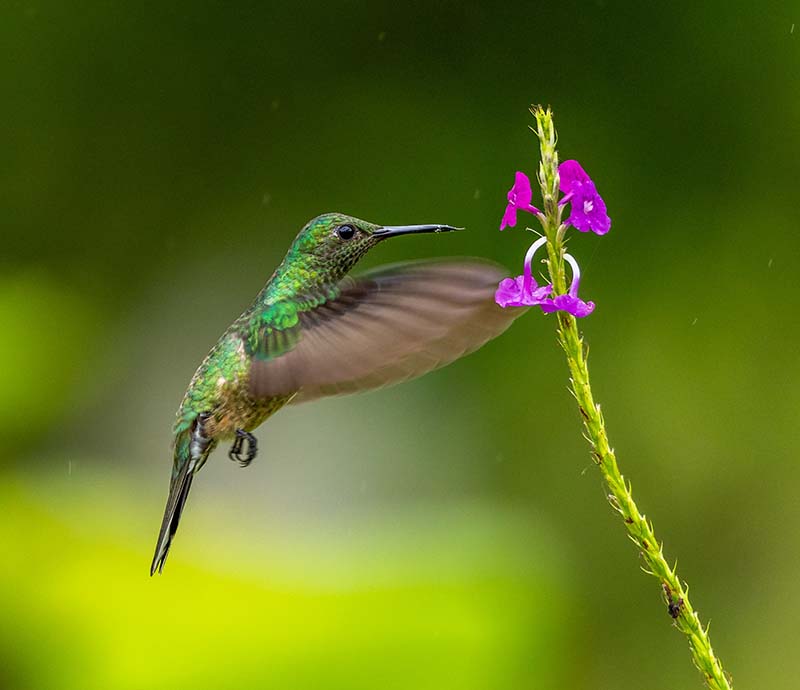 As well as being an animal lover’s paradise, Costa Rica is renowned for being one of the best bird-watching destinations in the world, with more than 800 recorded species. It’s also the world’s hummingbird capital, home to 52 different species. The cloud forest is teeming with birdlife, best viewed from a series of suspension bridges with varying heights, providing you with a glimpse into life at different levels of the forest, from the treetops to the ground where frogs and insects can be found. 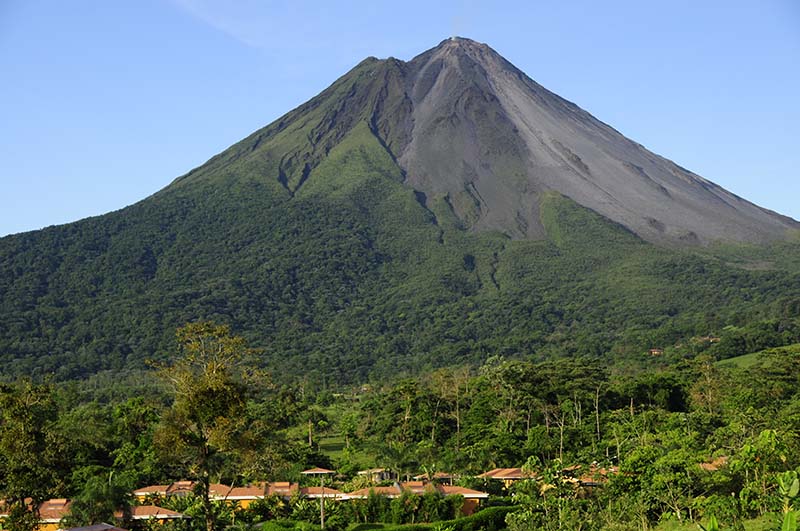 Costa Rica is covered in volcanoes, with the most famous being Arenal, situated in the northern lowlands at a height of 1,670 metres. The area around Arenal is very beautiful, with great views from the pretty Lake Arenal, formed in 1973 through the construction of a dam. Attractions here include cloud forest trails, hot springs and waterfalls. 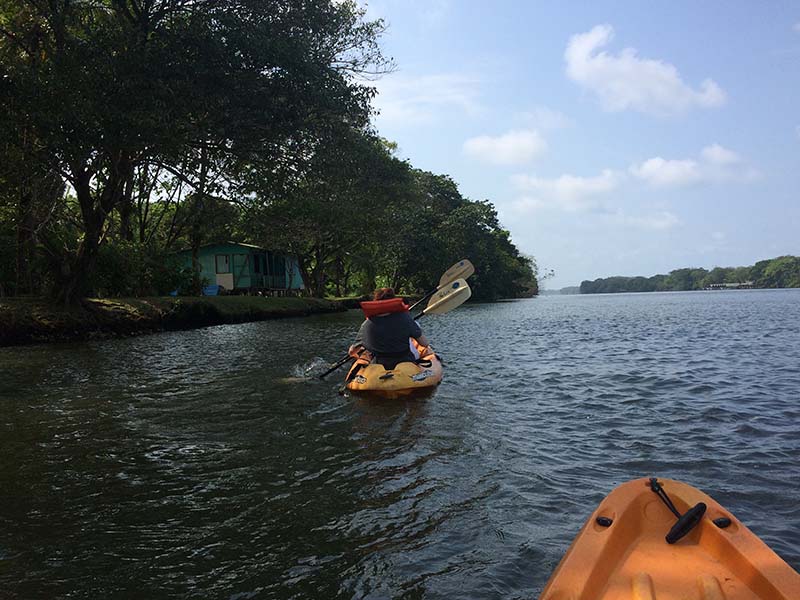 For the thrill-seekers, Costa Rica certainly doesn’t disappoint. Activities include zip-lining through the treetops, hiking to waterfalls, walking across suspension bridges in the cloud forest, white-water rafting with a volcano backdrop, taking a wildlife-filled boat ride through the jungle waterways, horse riding along the beach and plenty more. 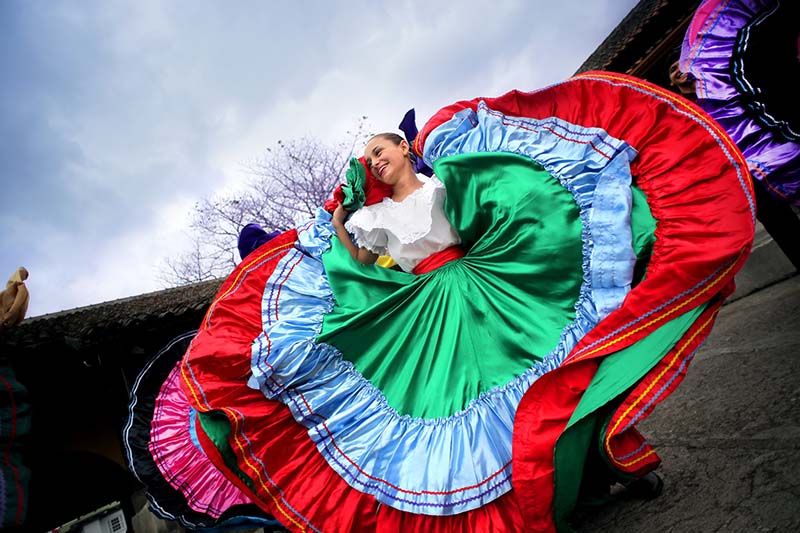 Costa Rica has been named by the Happy Planet Index as the happiest place on earth in 2009, 2012 and 2016. In this Central American nation, Pura Vida (literally translating to ‘pure life’) is not only how the locals greet each other, but also a way of life. You’ll find that life here is more laidback than in other countries, and nobody is in a rush. Everywhere you go, you will be greeted by smiling locals, who are known as ‘ticos’. 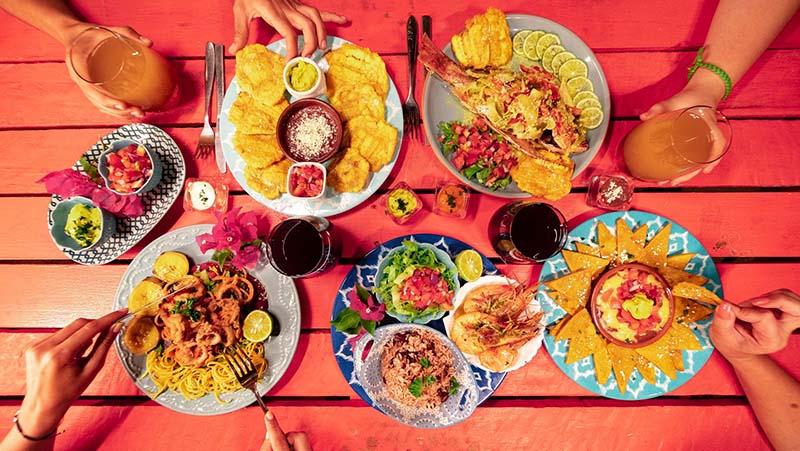 Costa Rican cuisine is packed with flavour. One of the most classic dishes to try is ‘gallo pinto’, a rice and bean dish commonly eaten at breakfast time. The name literally translates to “spotted rooster” due to the speckled look of the black beans against the white rice. Along the coast you’ll find fresh seafood such as tuna, lobster and prawns, often served with coconut rice and plantain chips. 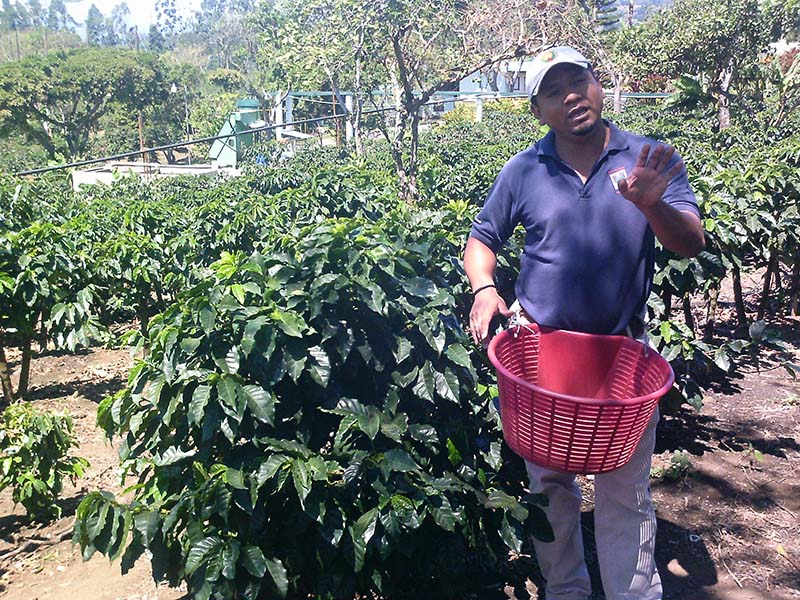 Costa Rica is a huge grower of coffee, bananas and chocolate, which makes up an important part of their economy. You can take a tour of a coffee plantation as a daytrip from San Jose, where you’ll learn about the production process from bean to cup, as well as enjoying the views of the coffee bushes at the foot of Poas Volcano. As well as bananas, you’ll find many exotic fruits such as the guanabana, star fruit, guava, and passionfruit.

As a world leader in sustainability, Costa Rica has developed a detailed plan to decarbonise its economy before 2050, in line with the Paris Agreement and the UN Sustainable Development Goals. Even as far back as the early 1990s, the nation was seen as a poster child for ecotourism. The success in ecotourism is evidence that sustainability can and should be achieved, and that conservation and economic growth goes hand in hand. Ecotourism has been able to actively contribute to the conservation of the cultural heritage – it doesn’t just mean staying in eco-lodges, but also supporting local farmers and communities.

Our Best of Costa Rica programme includes two nights in San Jose, two nights among the jungle waterways of Tortuguero, two nights under the shadow of Arenal volcano and two nights in the spectacular cloud forest. You can also extend your trip to visit Panama, Guatemala or spend some time relaxing on the beach in Manuel Antonio or Corcovado.