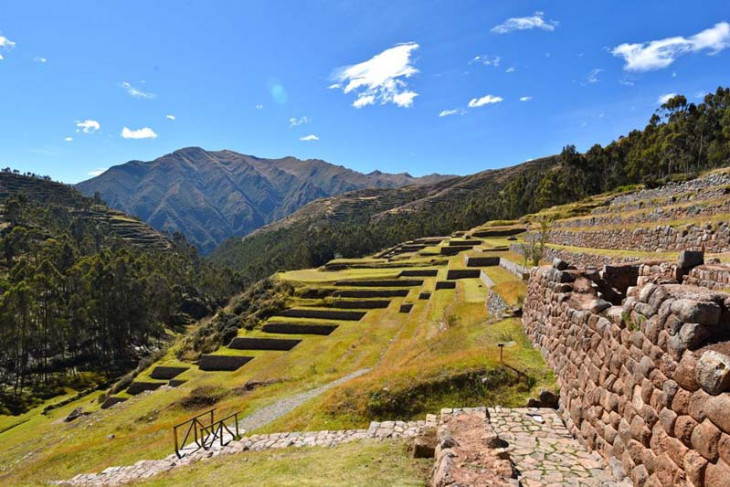 Showcasing a varied landscape from the soaring Andes Mountains to the Amazon Rainforest and all the way to the coast, Peru has plenty more to offer than just Machu Picchu, full of archaeological wonders which bear testament to a history of vibrant civilisations and architectural mastery. Situated just outside of Cusco, the Sacred Valley of the Incas contains everything from small local ruins to entire ancient cities with UNESCO World Heritage recognition. Elsewhere in the 1.2 million-square kilometre country, hundreds of other archaeological riches can be found. Keep reading to find out our top archaeological sites to visit. 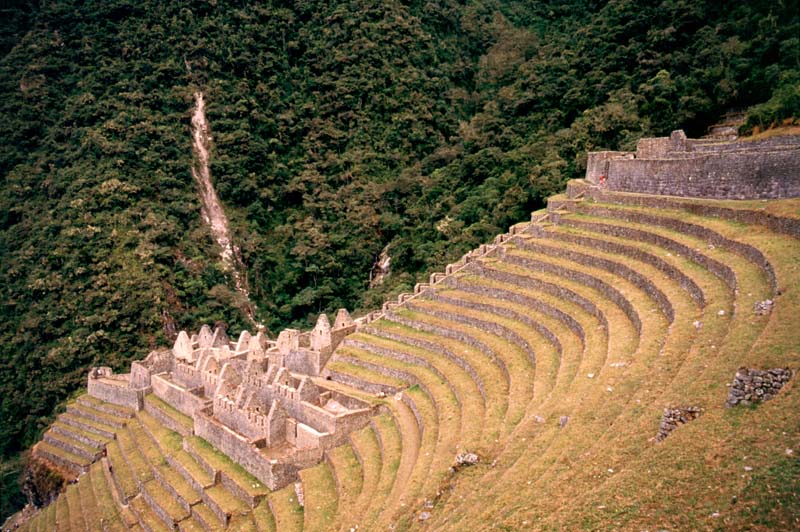 Location: Along the Inca Trail to Machu Picchu

Discovered in 1941, the ruins of Wiñay Wayna are some of the most beautiful in the Inca Empire, built into a steep hillside overlooking the Urubamba River. The site was mainly agricultural, and the curved terraces are breathtaking. The name Wiñay Wayna comes from a variety of orchid, meaning forever young in Quechua, as the orchid blooms all year round. Apart from the terracing, the site includes a complex of accommodation and ceremonial structures. Next to the structures there is a series of ten baths, joined by small waterfalls. Given the importance of water in Inca ceremonies, this seems to indicate the religious importance of Wiñay Wayna. The location of Wiñay Wayna was probably chosen due to its relationship to certain mountains in the area, including the Apu Veronica. During the short Inca Trail, you take a one-day hike which climbs from the Urubamba River Valley to the Inca site of Wiñay Wayna before arriving at Machu Picchu in the evening. 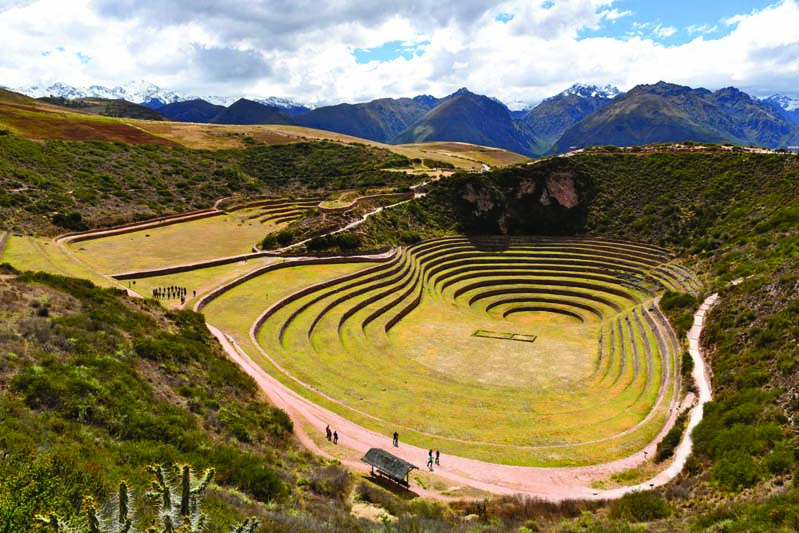 The agricultural experimentation centre of Moray is one of the most impressive and unusual Inca ruins in the Sacred Valley, consisting of many levels of terraces in concentric circles at different elevations. Due to the position of Moray, the temperature of the terraces can vary significantly, creating varied climactic conditions in a very small area. The Incas took advantage of this to experiment with different crop strains at differing altitudes. The site is beautiful and views of the terraces with the snow-capped Salkantay Mountain in the background are wonderful. Also in the Sacred Valley are the ancient salt evaporation terraces of Maras, where salty water from an underground stream runs through an extensive system of channels and salt is collected in small pools, which are tended to by members of the local community. 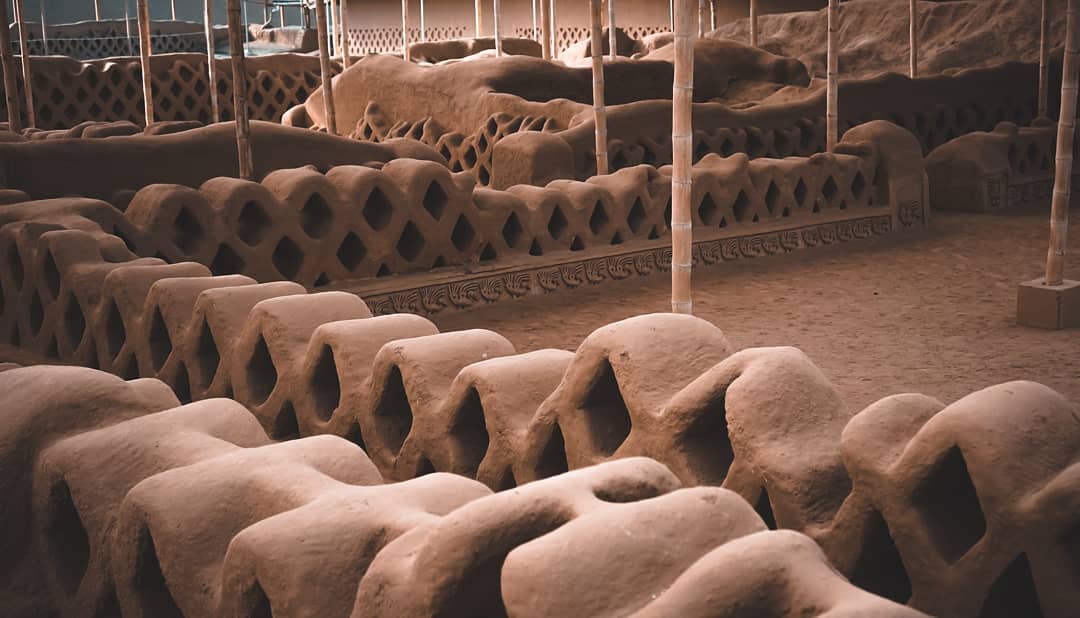 The north coast of Peru is probably the richest archaeological area in all of the Americas. The colonial city of Trujillo is beautiful in its own right, but also has the largest adobe city in the world nearby: Chan Chan. Here, 35,000 Chimu people lived, before the Incas laid siege to the city and conquered it in the 15th century. The Moche temples of El Brujo and the Huaca de la Luna contain some of the finest painted friezes in Peru, and it is likely that human sacrifices were performed here. Near Chiclayo is the site of Sipan, where the incredible treasures of the Lord of Sipan were only discovered in 1987 after looted relics alerted archaeologists to the tombs. The fantastic Royal Tombs museum houses many of the treasures found in the tombs, including coral breastplates and gold necklaces with delicate designs. 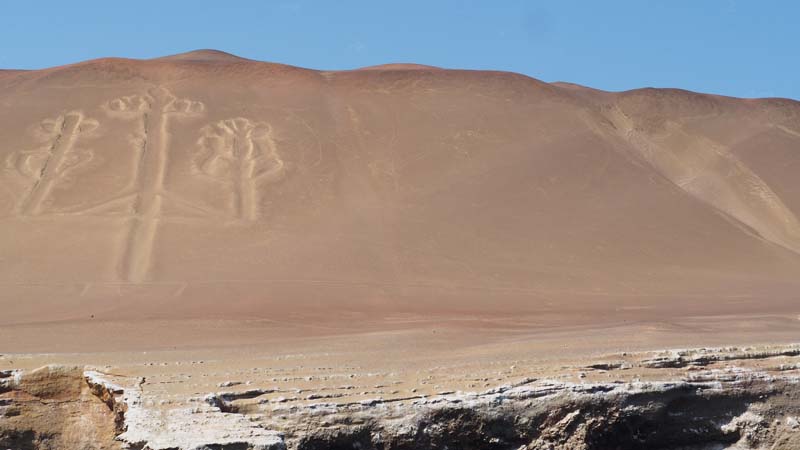 The Nazca lines are giant etchings in the desert, created by removing rocks from the sand and piling them up to create vast shapes. These include long, straight lines, running for kilometres, triangles and zigzags, as well as the better-known zoomorphic lines, such as the spider, monkey and hummingbird. Impressive enough as giant desert artwork, it is the mystery behind the lines that gives them their enduring appeal. The lines were begun over 2,500 years ago, and the Nazca people probably continued to etch them for hundreds of years. However, modern knowledge of the lines only emerged in 1926 with the first flights over the area. The fact that the lines could only be seen and appreciated from above has led to many theories, some of which can be at best described as very wild. Find out more about the fascinating attraction of the Nazca Lines on our website. 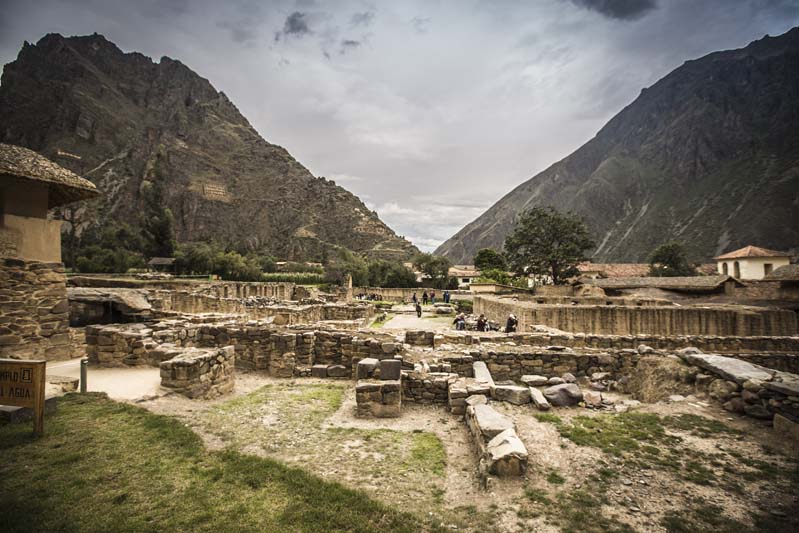 Sacsayhuaman stands on a hill to the north of Cusco, and although it is generally referred to as a fortress, it is unlikely that this was its original, or main, function, and it is more likely to have been a ceremonial centre. The area includes enormous zigzag walls that defended the southern part of the site. Each of these three walls stretch for 300m and is almost 10m tall. The stones in the walls are gigantic, the largest of which weigh over 300 tonnes. Nevertheless, they are fitted with usual Inca perfection reserved for important structures. The sheer size of the site makes it unlikely that it was the work of only one Inca, and it appears that Sacsayhuaman was never completed, even after 20,000 men had worked for 50 years. The site was scene to a battle between the Incas and the Spanish, in which the conquistadors won a decisive victory and effectively ended Inca resistance. 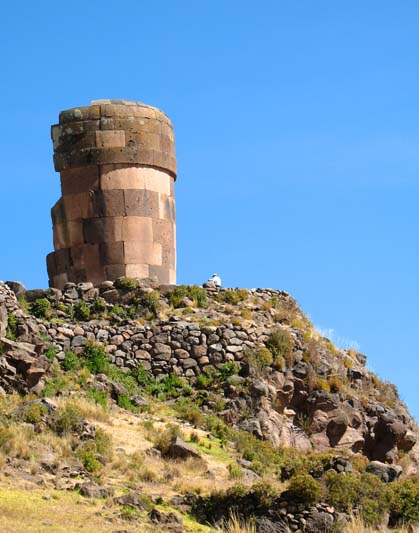 About 40 kilometres from Puno on the shores of Lake Titicaca, Sillustani is located on the shores of Lake Umayo, and consists of funerary towers, or chullpas, dating from the Colla civilisation around 600AD and from the later Inca period. There are over 60 towers at Sillustani, and the style of the chullpa varies according to the person being buried. The tall towers were built in the Inca period and have fine stonework and were used for the burials of rulers. The smaller towers were used for less important people, and there are also common tombs which are completely subterranean.

You can visit all these sites and many more on our 3-week Grand Tour of Peru Holiday or alternatively call us 020 7263 3000 to discuss your options.