Leave Your Preconceptions About Colombia Behind 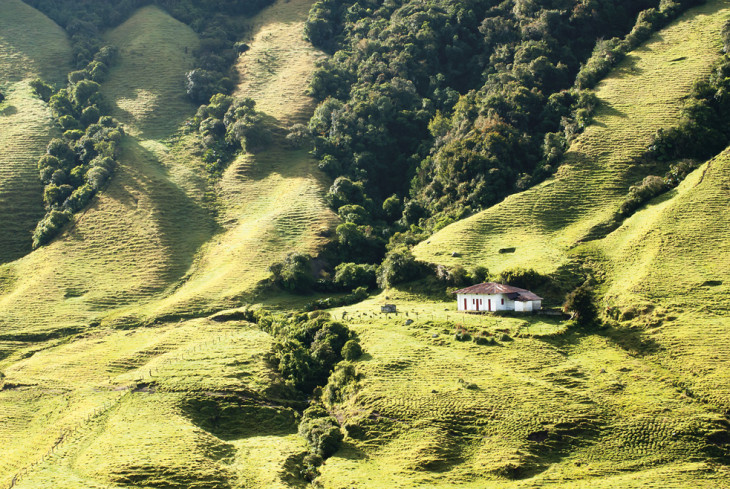 Before I visited Colombia, I had heard very mixed things. People who hadn’t been regarded it as unsafe, and told me to be careful – this was backed up by documentaries and the general preconception that Colombia is dangerous. Meanwhile, friends and family members who had been there told me that it was one of the most amazing places they’ve ever visited, with beautiful scenery, top-notch food and some of the friendliest people they’d met in the world.  I took all this advice with a pinch of salt and as it turns out, of the ten countries I’ve visited in South America, I still regard Colombia as my absolute favourite. Here’s why.

Visiting Colombia in a nutshell

I spent almost a month in Colombia, taking my time to explore the many different parts. I started on the coast, spending time on the beaches and forest trails of Tayrona National Park, a white-sand palm-fringed paradise home to monkeys, reptiles and diverse birdlife. 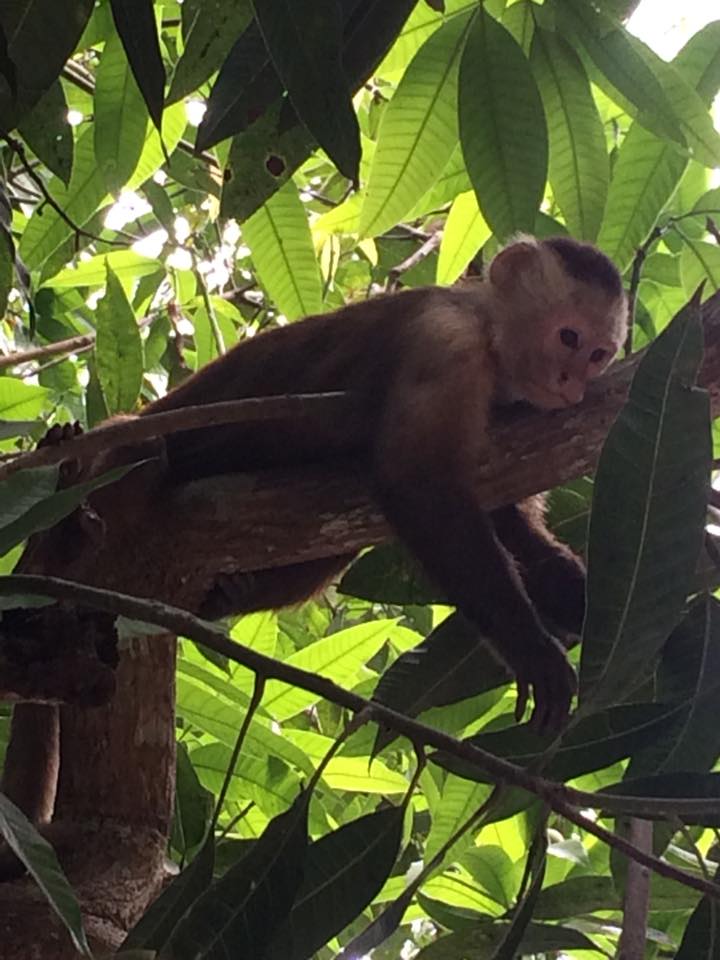 I then made my way across to the colonial city of Cartagena, where every street is worthy of a photo, with brightly coloured houses and flowers strewn across balconies, and the famous palenqueras who balance fruit in baskets on their heads, ready to chop up and sell their fresh mango, papaya and pineapple to passers-by. 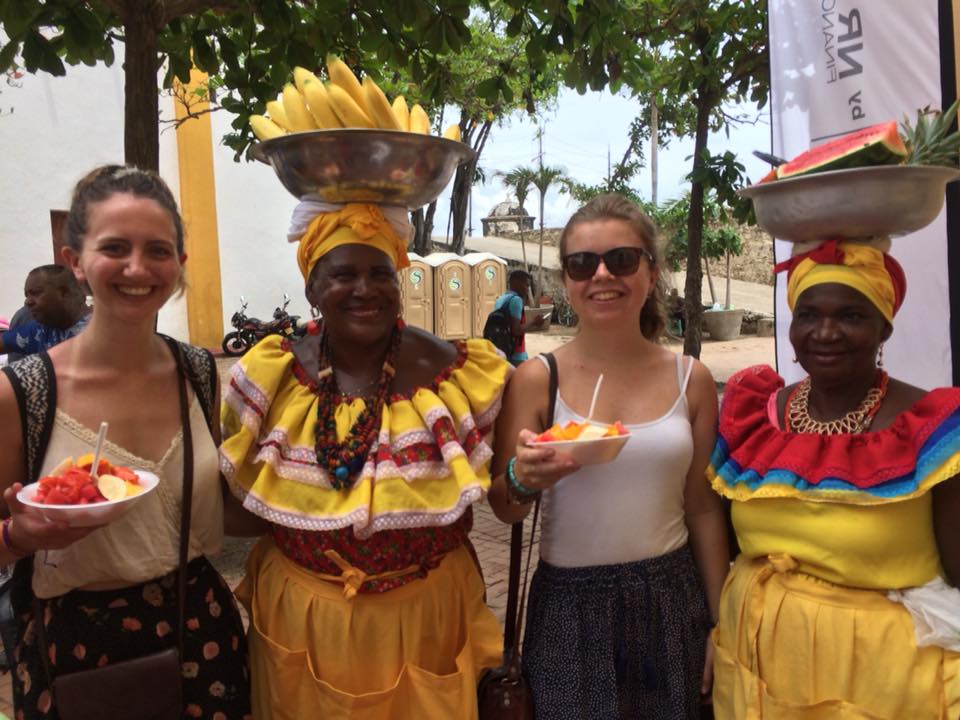 The next stop was the infamous city of Medellín, where we learnt about the city’s troubled past and discovered the vibrant street art of Comuna 13, a neighbourhood built to connect the main city to the poorer parts via a series of escalators – just one example of the city’s innovative transformation. 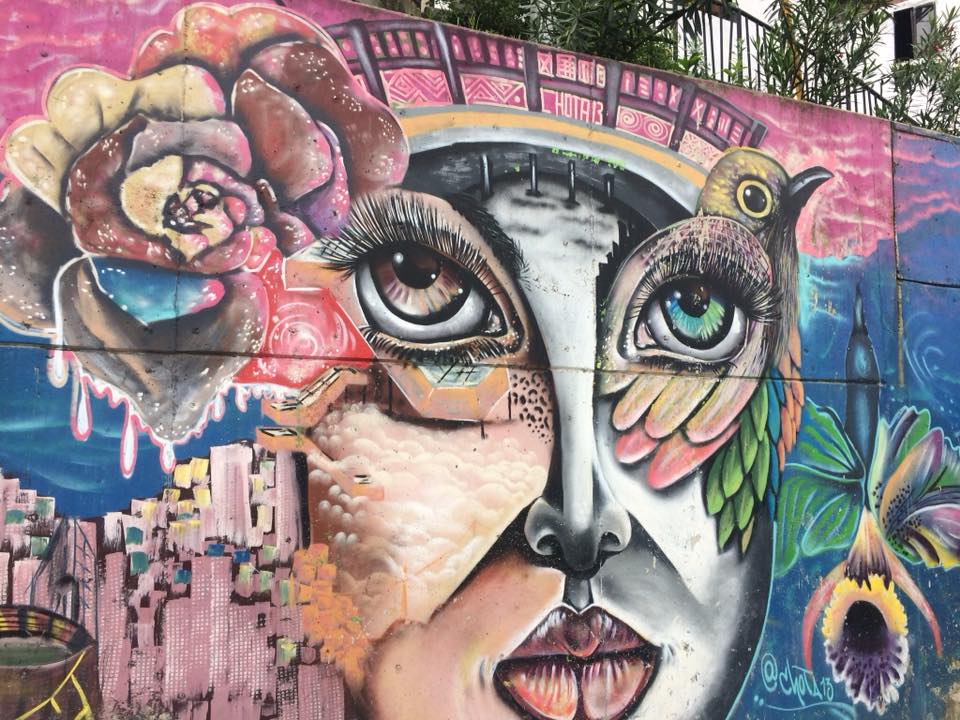 We moved onto Colombia’s coffee region, where time was filled wandering the cobbled streets of some of the most colourful towns I’ve ever laid eyes on, hiking through a national park filled with the highest palm trees in the world and of course taking a tour of a coffee farm where we learnt about the whole process from how it is grown to its journey overseas. 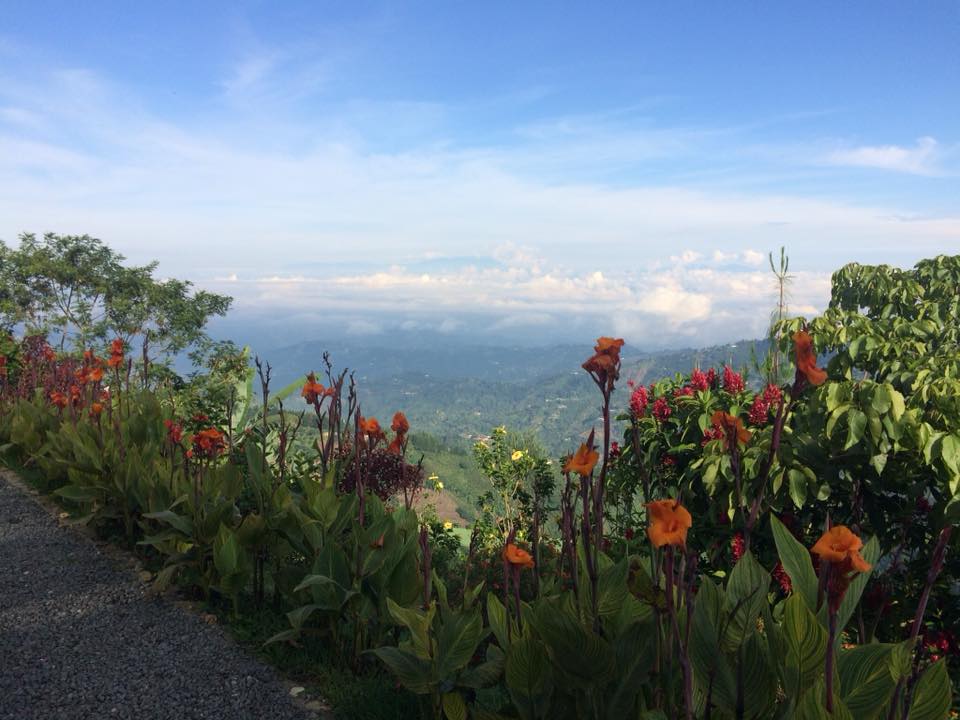 At this point, my diary entries were getting more and more hyperbolic:

“Colombia just gets better and better. The coffee region is my favourite place so far! If all else fails I’ll move to Colombia and live in a colourful house surrounded by coffee and banana plantations, with a golden retriever.” 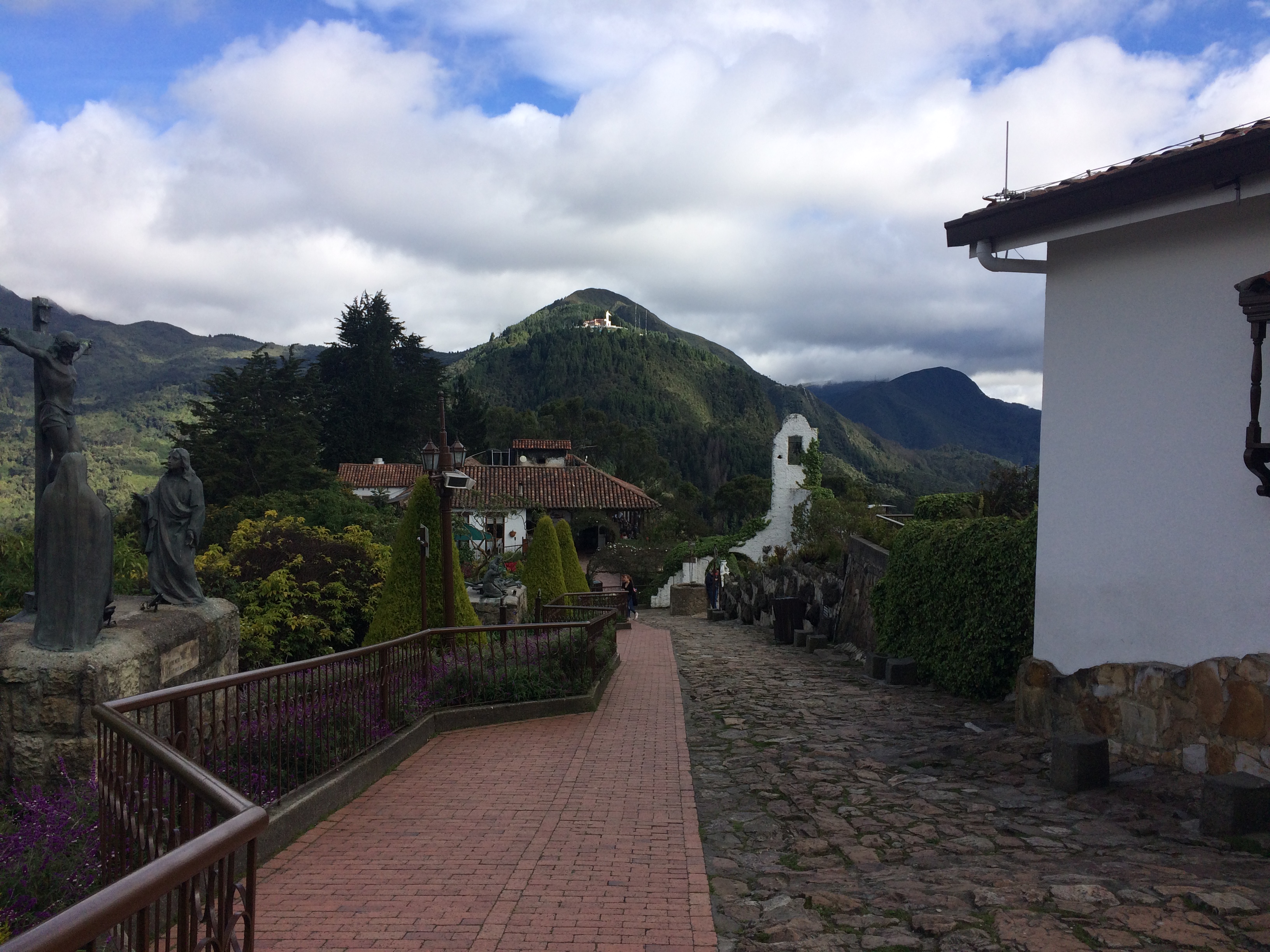 We finished our tour of Colombia in the capital, Bogotá, a lively city filled with museums, parks, historic buildings, not to mention Montserrate Mountain which offers panoramic views across the city.

There are many misconceptions about Colombia being the most dangerous country in South America. Throughout my time in Colombia, I not only felt safe, but I also felt incredibly well looked after, as people went out of the way to help us – nothing is too much trouble for them, and they are so determined to put Colombia back on the map that they will gladly do anything and everything to be as hospitable as possible. Most places in the world have safe and less safe parts of them, and Colombia is no different. If you stick to the tourist trail (Bogotá, Medellín, Cartagena, the coffee region, Tayrona National Park etc.) and use your common sense with keeping your valuables safe, you’ll have nothing to worry about.

Putting its past behind it 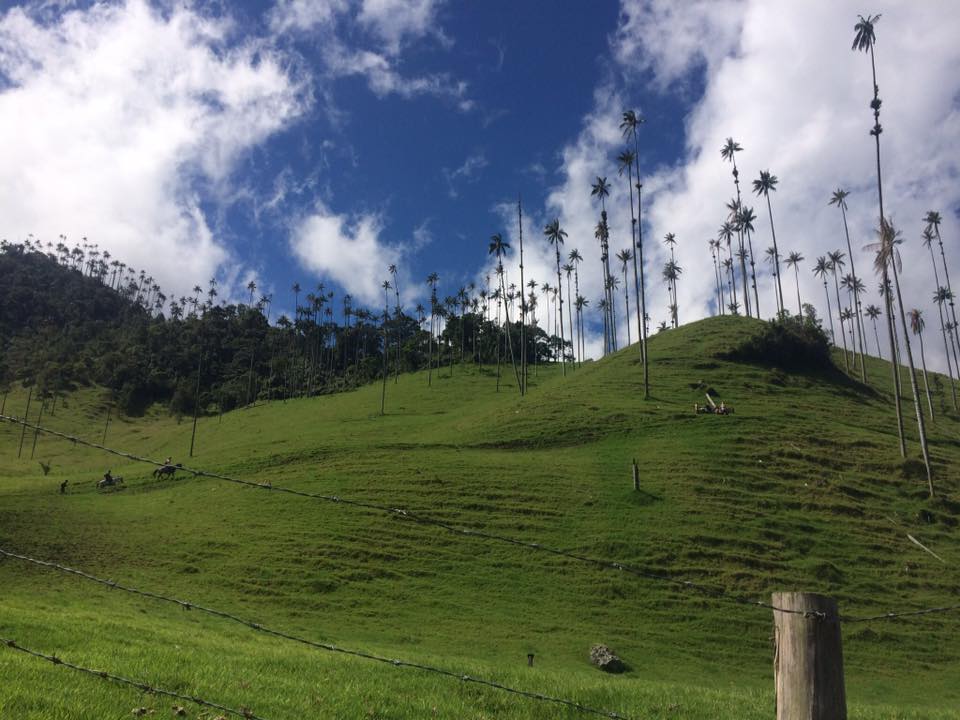 In less than 25 years, the city of Medellín went from being dubbed “the most dangerous city on earth” to “the most innovative city in the world”, thanks to an astonishing transformation that turned the city into one of South America’s biggest success stories.

Of course, Colombia embraces its past, and taking a Pablo Escobar tour is one of the most popular things to do in Medellín – during our tour we learned about the infamous drug lord’s life, including visiting the rooftop where he was shot. A couple of decades after this happened though, the image of a country ridden by drugs and violence is finally starting to fade. The Colombians want you to realise that there is so much more to their country than drugs and coffee - although the latter is pretty great!

Nicknamed the “City of Eternal Spring” thanks to its idyllic climate and verdant setting in the Andes Mountains, Medellín today is home to modern eco projects, green spaces, a cable car taking you into the hills with walking trails, a variety of excellent museums and an abundance of restaurants where you can try Colombia’s national dish, the Bandeja Paisa.

The friendliest people in the world 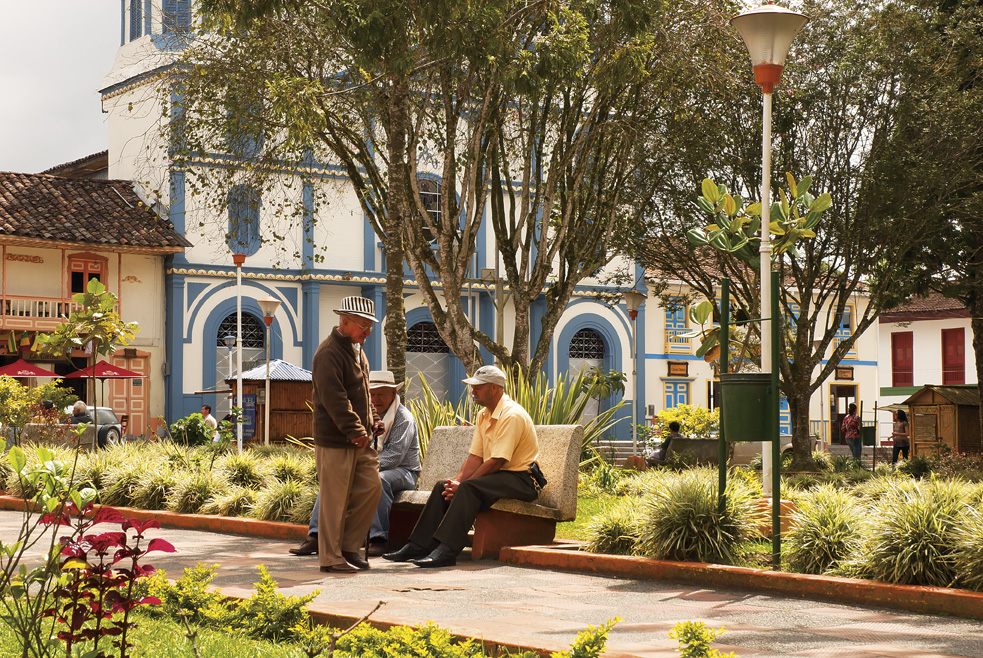 You often hear this being said about countries, and I sometimes wonder whether it’s true, or whether it’s just a nice thing to say. For me though, I’ve never met friendlier people than the Colombians. We’d pull into a bus station and some kind stranger would come and greet us, help us with our bags and show us where to buy tickets. We’d arrive at our accommodation to be greeted with a hug, constantly being told to make ourselves at home and being filled with useful information, anecdotes and fascinating stories. Nothing was too much trouble for them.

On our walking tour of Cartagena, something that our guide told us will always stick in my memory. He told us to do one thing for him: go home and tell all our friends and family about his wonderful country, and how proud he is of the transformation they’ve been through. It was his mission to make people change their minds about Colombia. So this is me telling you to go to Colombia, my favourite place in South America.

You can view our Colombia holidays here.