Sloths, Iguanas and Cocktails: A Trip to Costa Rica (Part 2) 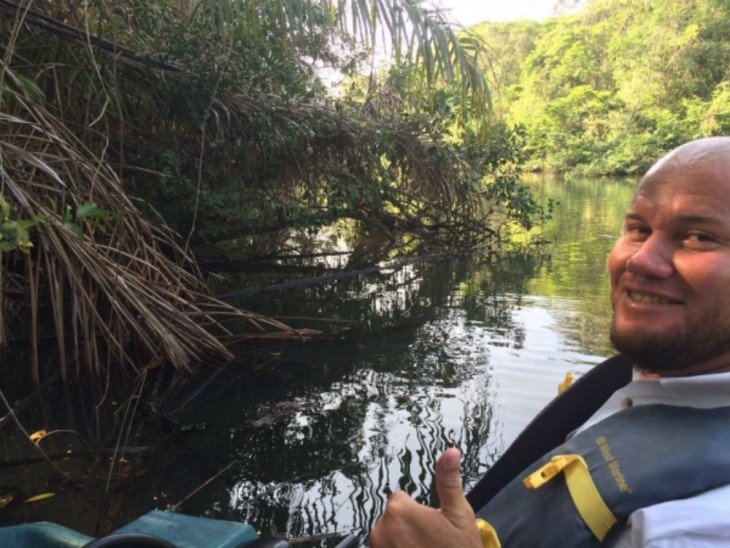 In Part 2, the self-proclaimed “Best Daughters Ever” and their mum head out on a dawn wildlife-spotting boat ride through the Tortuguero National Park in Costa Rica. You can read Part 1 of their Costa Rica adventure here.

The next morning the ‘Llamas’, as our little group had become known to ourselves and everyone else, were a little mosquito-bitten and blurry eyed, but excited for the nature cruise. “We didn’t even need alarm clocks in the end,” we chatted happily amongst ourselves, “Did you hear those howler monkeys?!”, “I thought the smoke monster from Lost was after us!”.

We boarded our llama boat and we were not even one minute into the cruise before we had our first wildlife sighting: dolphins jumping and playing in the waters right off the docks! It was a spectacular start for what was to be a fantastic excursion.

It felt like the wildlife of Tortuguero was out in force just for us. Within an hour we had seen sloths reclining in the treetops, an emerald toucanet playing hide and seek in the dense vegetation, spider monkeys playing and swinging across the canopies and a caiman who cruised casually alongside us, wonderfully fearless of our presence. Our boat driver Ronny earned the nickname ‘Eagle Eyes’ during the duration of our nature cruise, as his ability to spot deeply camouflaged or off-in-the-distance creatures was incredible, like a sixth-sense. From a distance, he could spot iguanas hiding amongst branches that the rest of us had trouble settling our eyes on when we were less than a metre away! 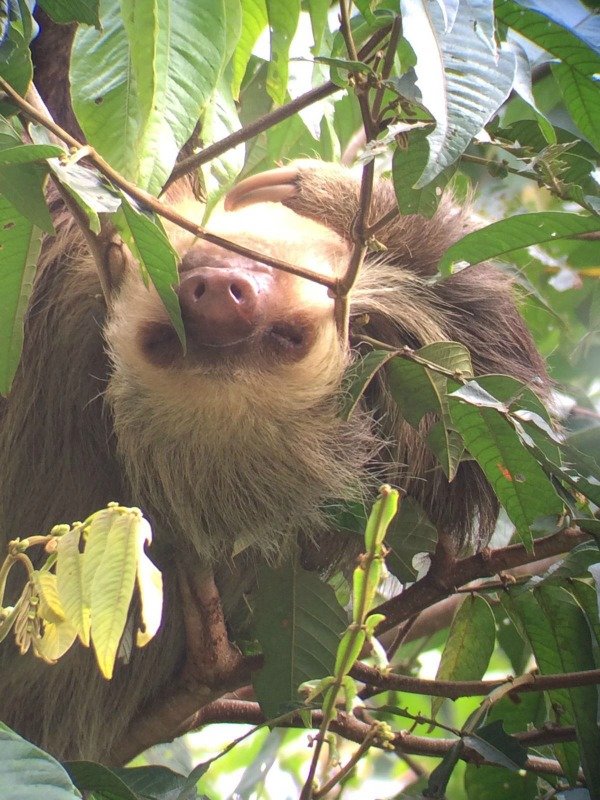 The wildlife was undoubtedly the star of the show, but the tranquil river was a highlight in itself and being surrounded by rainforest as the sun rose in the distance was an unforgettable sight. We continued to meander down the river in serene silence, spotting pelicans, herons and cormorants all going about their morning routine. Ronny’s eagle eyes also spotted a rustle amongst the vegetation and expertly manoeuvred our boat towards where the sound had come from. We watched as a procession of howler monkeys emerged, one by one, from the dense canopy. Mothers with adorable babies, energetic youngsters and a larger monkey who we presumed to be the big daddy! They swung from branch to branch expertly negotiating the trees. They vanished into the jungle as quickly as they had appeared, continuing their morning unaware of our presence and the amazing show they had just performed for us.

Once we were back on dry land it was time for the Llamas to take a quick nature hike through the nearby rainforest. It was great to at last be in the jungle that until then we had only marvelled at from aboard the llama boat. We all had huge smiles on our faces, which only diminished slightly as our guide showed us the various creepy crawlies who were hiding underfoot and behind leaves, just waiting to get caught in our hair or sting our faces. Nevertheless, It was great to learn more about the smaller critters that contributed to making the jungle the thrilling place that it is. 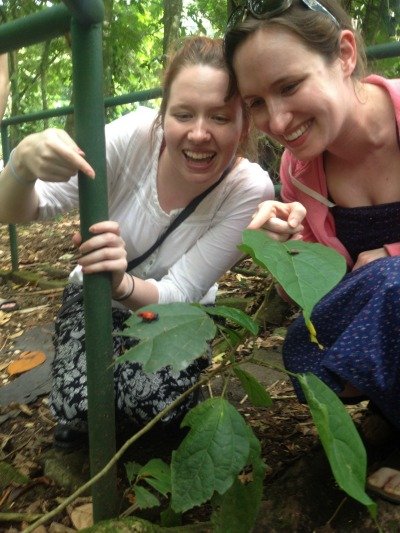 And then the nature tour was done. As my sister aptly commented, this was the most we had ever accomplished before 9am! The rest of the day was ours to do whatever we wished. That was actually another big advantage of having the nature cruise so early, as a whole day of leisure stretched out in front of us like an eternity.

So what did we do on our free day in Paradise? We cooled off in the pool whilst toucans and scarlet macaws flew overhead. We sipped cocktails on the docks. We followed the line of bullet ants to a secluded pond area, where we discovered a lesser known pool area and some classic Costa Rica tree frogs. We played ‘Banana grams’ on the veranda whilst a tree iguana peeped over our shoulders from a low hanging branch and we tried to snooze whilst a family of howler monkeys danced across our rooftop.

For me, some of the best times at the lodge were actually some of the simplest. I loved strolling through the jungle-entwined pathways from our cabaña to the bar, and then to ‘internet corner’ to email photos to my friends to make them envious! Then on to the restaurant where our little group of Llamas coined the popular game of, “What kind of gelatinous square are we getting for desert this time!?”

Who knew what amazing animals you may encounter along these winding pathways? I’m fairly sure that at one stage a small velociraptor leapt out of the jungle and ran across the path right in front of me! This was a couple of cocktails into the evening, but in a place like Tortuguero, where the trees grow tall and tangled, and the vegetation brims with life, you really could believe that Jurassic Park is just around the corner!

In a moment of bravery, my sister and I joined Rosie and Lilly, our group’s resident Adventure Girls, on a kayaking jaunt down the waterways. It took us a good few minutes to gather up oars and figure out how to disembark the kayak from the riverbank, and how to, once the kayak is successfully in the water, embark ourselves gracefully upon it! We never did figure out the ‘gracefully’ part but one way or another we ended up traversing the waves. 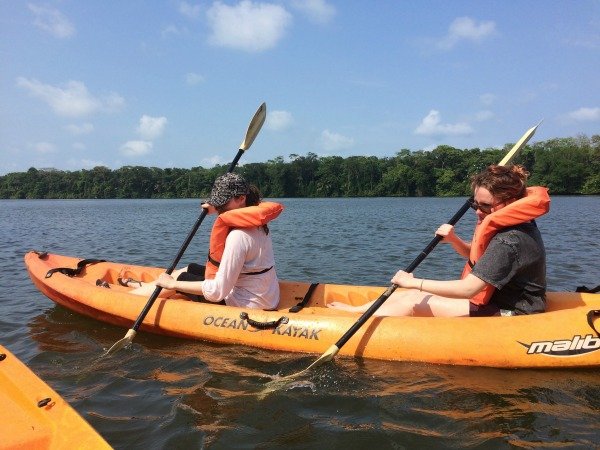 We eventually developed a good “left two three four, right two three four” synchronisation, and were soon riding the waves and cornering like pros. Although we did catch a couple of boat drivers, including our own, Ronny, sniggering at us as we rowed past! The adventure girls, on the other hand, looked effortlessly chic with their wide brimmed hats and relaxed technique.

The following morning, it was time to leave. It was with heavy hearts that we journeyed down the winding pathways to reception, our luggage trundling behind us. Our Llama boat was waiting for us at the docks, and our beloved driver Ronny was there to steer our way. One last time.

So it was goodbye and nice knowing you Tortuguero… Next step Arenal Volcano!

If you have been inspired to experience Tortuguero for yourself, check out our Best of Costa Rica holiday. You can find out more information on all of our amazing Latin American holidays,  by ordering our brochure or giving us a call on 020 7263 3000.