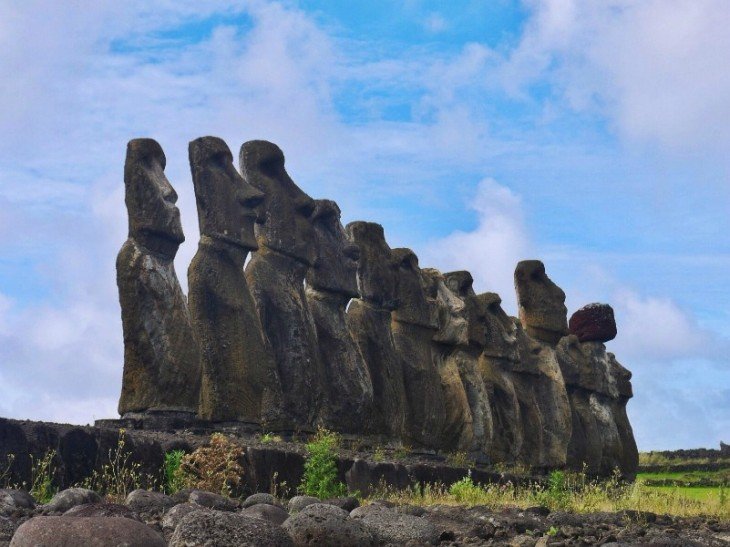 I can’t really explain why I’ve always wanted to visit Easter Island; I guess I just can’t resist a good mystery, and Easter Island holds plenty of these. The big-headed men staring down at the island residents and passing tourists have seen many things in their lifetimes, and I wanted to learn more about who they were, and how on earth they got there.

Friends often seemed slightly surprised that my tour of Latin America included a tiny island way out in the Pacific Ocean, 2000km from the nearest landmass, and only 25km long. Easter Island (or Rapa Nui to the locals) is one of the most remote inhabited islands in the world, but it is part of Chile, and the main way to travel there is a five hour plane ride from Santiago on the mainland. I knew I couldn’t possibly travel all the way to Chile without making that extra little hop to a destination right at the top of my bucket list.

When I talk about my highlights of visiting Easter Island, there’s really only one place I can start. Some tourist sites are so photogenic, so iconic, that when you see them in real life, they’re kind of disappointing. This is absolutely not the case with the Maoi, Easter Island’s resident carved stone figures. Scattered across the island, some are falling apart, jutting out of the landscape at strange angles; some are perfectly preserved, standing proudly and watching over the locals and tourists; and some are lying down, broken in half, like fallen soldiers. Whatever state they are in, it’s hard to describe how impressive they really are. 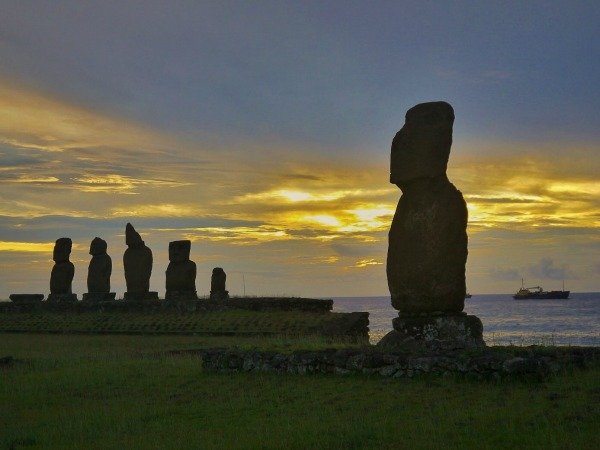 Although I saw maoi all over the island, it is hard to beat the site of Ahu Tongariki, a site where 15 maoi stand to attention in front of a beautiful ocean backdrop. Here, the stone heads reminded me of the guards at Buckingham Palace; as tourists flocked to take photos, they stood there, stoic, unamused, silent.

Ahu Tongariki is the most iconic site on the island, its image adorning a thousand postcards, but there are plenty of other maoi worth exploring on the island. One of my favourite areas was the beautiful Anakena beach; pristine white sand, palm trees, clear blue sea, but, as you can see, this is a Pacific beach with a difference. 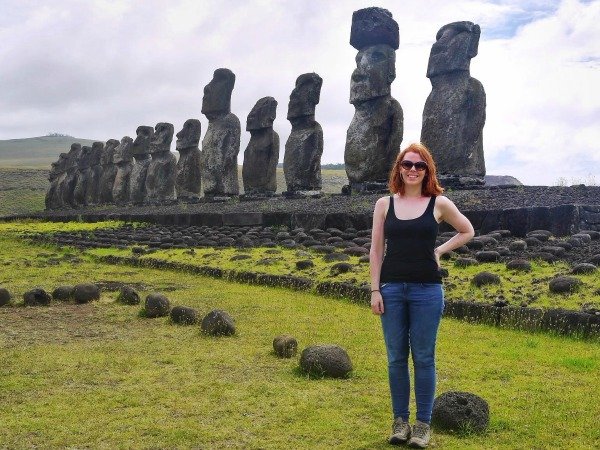 One of the most fascinating sites on Easter Island is Rano Raraku, a volcanic crater turned quarry. Here, I learned about how the maoi were built, and how they arrived at their final destinations nearer the coast. The stone heads were carved directly into the hillside, complete with bodies, before being gradually chipped away and moved down the slope with an intricate pulley system. To believe that the residents had the patience and the technology for this nearly 1000 years ago is quite astounding.

To learn a little more about how the Rapa Nui residents lived, I visited the sacred site of Orongo, the remains of a village that was home to ‘the Birdman cult’. Each year men from the village would climb the sea cliff in a competition to collect the first egg of the sooty tern bird; whoever got that egg first was leader of the village. The site still shows ancient petroglyphs from the people who once lived here. 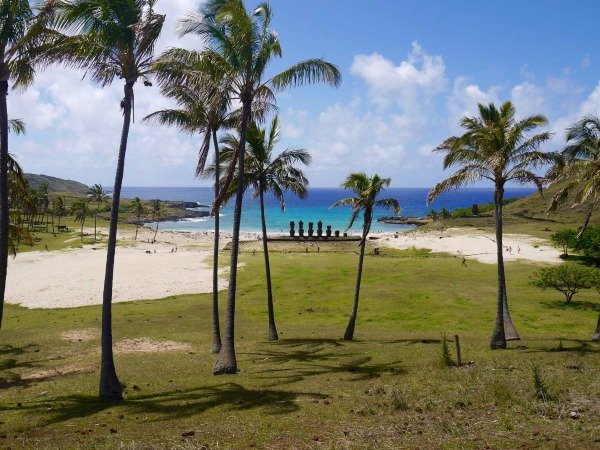 Orongo was certainly a contrast to how the locals live now. The main place to stay in Easter Island is the capital, Hanga Roa. I say capital, but this tiny town is a little different to the bustling capital cities I encountered during the rest of my time in South America. Hanga Roa has a population of only around 3,000, plus a few maoi overlooking the local residents. It may be tiny, but being based here gives the opportunity to wander the picturesque harbour, pick up some empanadas or cheesecake in one of the local bakeries, or stock up on maoi-shaped souvenirs.

To learn more about the island, I took myself to the Museo Antropológico Sebastián Englert, a small, hidden away museum which is surprisingly informative and well presented for such a remote museum. For anyone arriving on Easter Island and wanting to learn a little about its history, this is a great place to start. 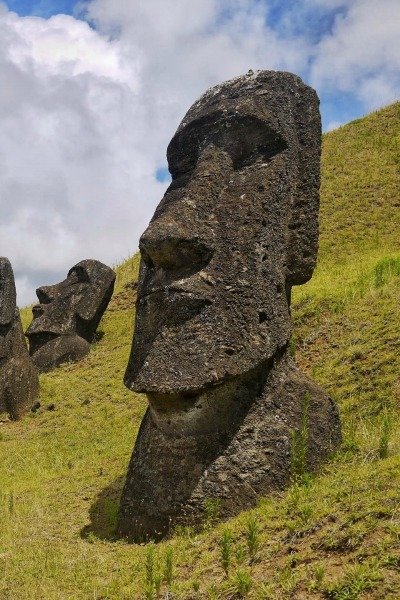 After a few solid days of sightseeing, I walked to Ahu Tahai, a moai sight about a 10 minute walk from Hanga Roa, to watch the sunset. I wasn’t the only tourist hunting for a good place to take photos, but as the sun started to slip below the horizon, everyone stopped what they were doing, and watched peacefully. It was the perfect way to end my time on this magical island.

If you feel inspired to visit Easter Island for yourself, have a look at Llama Travel's Easter Island holidays. You can also download a brochure or give us a call on 020 7263 3000.