A Glorious 24 hours at Hacienda Zuleta 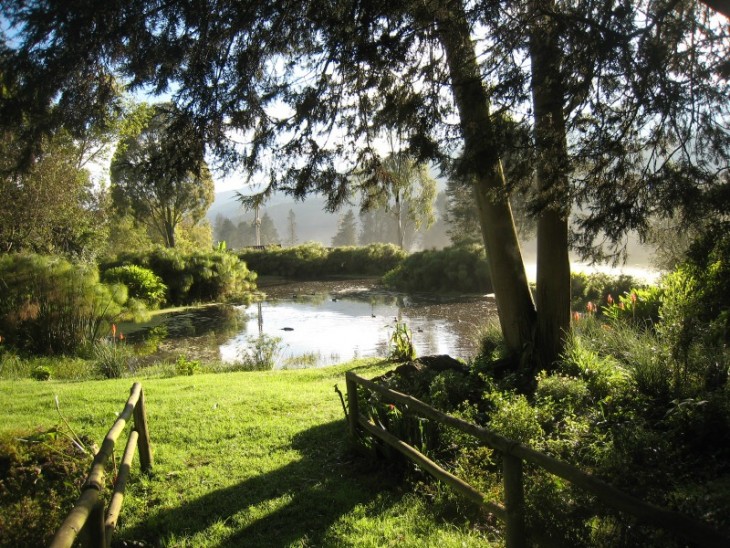 Hacienda Zuleta is a stunning and luxurious farmstay in the Ecuadorian paramo of the Imbabura province, outside Quito. It is a very special destination, as Catherine, our marketing executive discovered recently.

If it’s a slice of peace and tranquillity you’re after, Hacienda Zuleta is the place for you. I arrived around lunch time after a busy 24 hours of inter-continental flights and jam-packed hotel inspections. Early that morning, 2 hours’ drive away, I had dragged my tired self from my temporary cocoon, rueing the early departure and my heavy dose of jetlag. However, as we drove through the green hills of Ecuador’s Andean highlands, and entered Imbabura province north of Quito, the tiredness was overwhelmed by a keen sense of anticipation.

I had heard good things about Hacienda Zuleta. And seen photos that made me drool. Now, in the passenger seat of a Toyota, I was seeing the landscape unfold on either side of the road and feeling the change in the air – out there away from the city it was crisp and fresh and my lungs were grateful, while my eyes were feasting on scenes of rural Ecuador. Pulling into the large cobbled courtyard I was glad that part of my professional mission was to inspect every nook and cranny of this lovely colonial building. 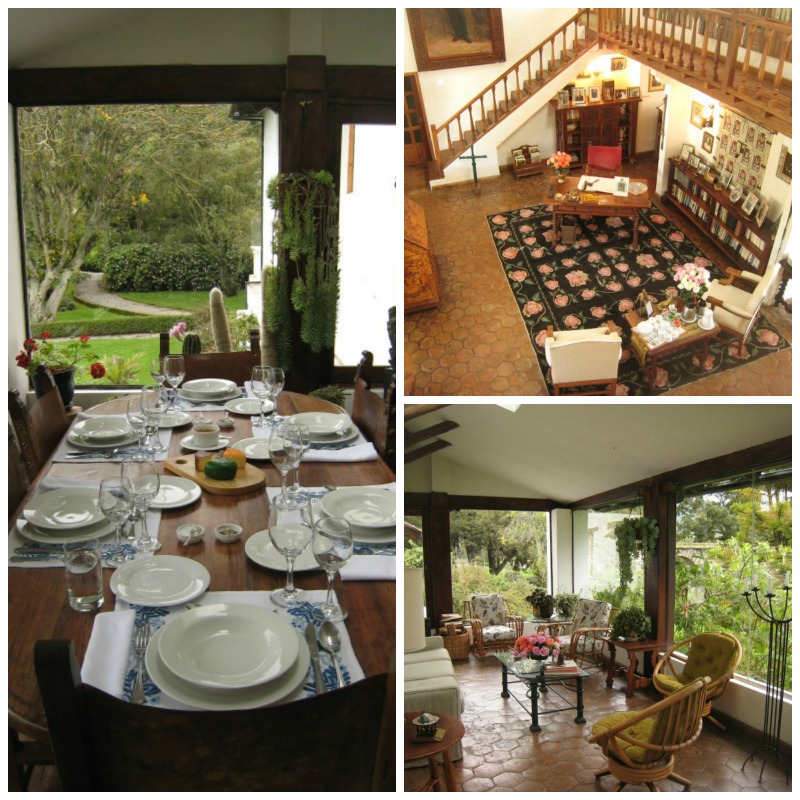 After dumping my bags and doing a brief but delighted (and no doubt undignified) happy dance around the room, I sauntered over to the dining room, where my lunch was waiting. Quinoa soup, trout, salad and potatoes were consumed as I gazed out at the view through the window: a large well-maintained garden, with fields and mountains in the distance. In the middle ground was the stable building, with Estefania, a large brown mare, tethered to a post, adding to the bucolic scene.

I decided to postpone the consumption of desert (a lemon merengue pie) until later, as that big coco-coloured horse was my steed for the afternoon, and she was waiting. Fifteen minutes later I found myself swathed in a very sturdy rain poncho, atop a pleasingly well-behaved horse. We plodded through the property for 2 hours, taking in the lush fields of naughty yearlings, docile llamas, curious cows and of course, those spongy-looking peaks which got closer and closer as we headed into the valley.

After the ride, I took a seat in the lounge, with a cup of thick Ecuadorian coffee and my long-awaited lemon-merengue pie. I sat next to the fire with the hostess, and learnt about the history of the hacienda – for a hotel, it’s quite a juicy one, including clandestine love affairs and political figures. 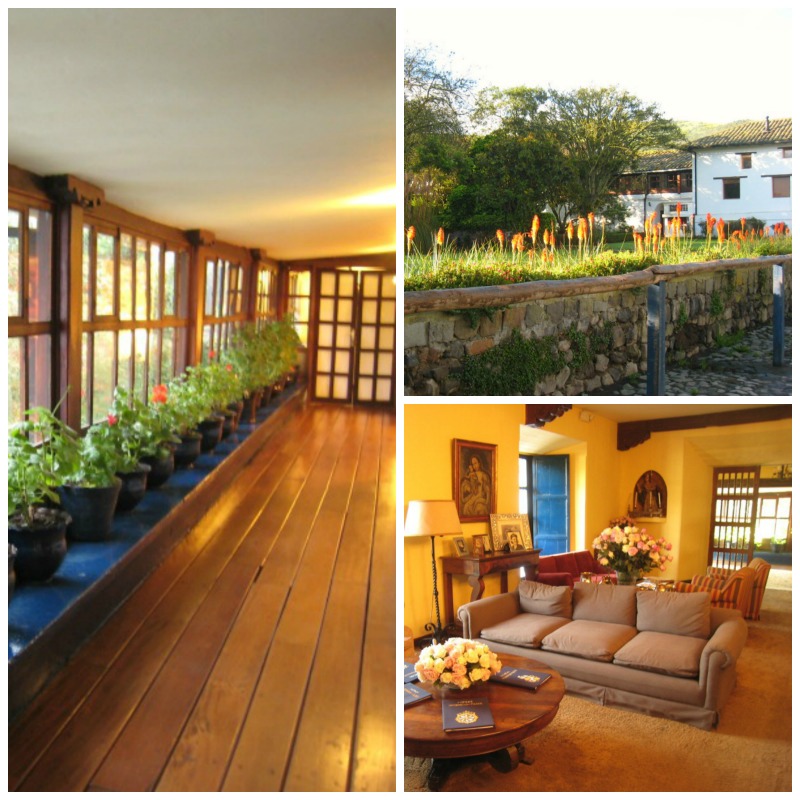 An hour or two later I was back by the fire, eating again. Cheese-tasting is a regular event at the hacienda, where there is an on-site cheese factory, and it’s quite interesting to try the Ecuadorian spin on European classics. This was followed shortly after by another delicious dinner, and some interesting and varied conversations with my fellow diners – a mixed bag from all corners of the world, sharing their Ecuador experiences around the shared dinner table.

I retired to my cosy stove-warmed room to find the sheets turned down and a mini-slab of organic Ecuadorian chocolate on the pillow. Pyjamas on, chocolate eaten and a dismal one page of my book read, I switched off the light and woke up 8 hours later in time for an early morning pre-breakfast wander around the garden.

Hacienda Zuleta in the morning is as photogenic as they come. Hazy morning light blanketed the fields and mountains, with the odd sun ray slicing through the mist. The farm sounds of people gathering their tools for the day, and the odd bray in the distance were all very relaxing, but perhaps the best part was breathing in air so fresh that my lungs felt like singing. Unfortunately I didn’t have too much time to absorb the scene as breakfast was about to be served. 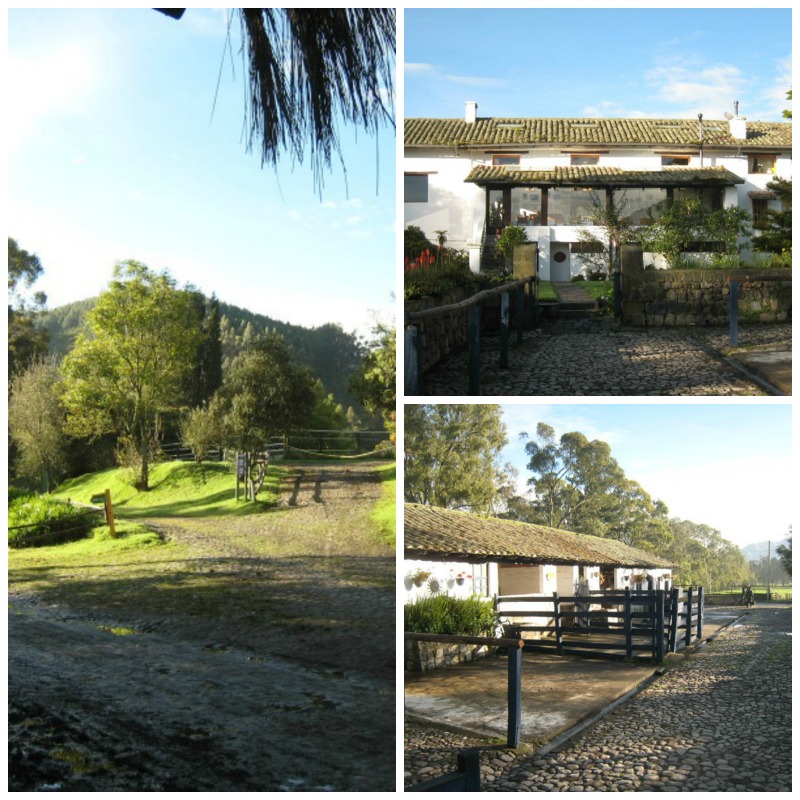 Coffee, fruit, yogurt and French toast – simple but tasty. I picked a seat facing out the massive window again, eating as slowly as I could to prolong the experience. When I was done, I picked up my bags from my room and headed out to the large courtyard, where my driver was waiting for me, standing contentedly in a patch of morning sunshine. I hopped in the passenger seat and we drove down the bumpy track, passing a field of well-kept horses, a barn and a few sheds. Before I knew it, we had turned on to the main road and Hacienda Zuleta faded into the distance.

You can visit the Hacienda Zuleta on a three day excursion from Quito. It is available on all of our Galapagos & Ecuador holidays.