Costa Rica is one of the world’s great ecological wonders. In an area only two and a half times the size of Wales, there are smoking volcanoes, verdant rainforests, stunning tropical beaches and beautiful cloud forests. Costa Rica holidays are a popular choice due to the abundant wildlife you can spot: the tiny Central American nation is home to monkeys, sloths, iguanas, turtles and over 850 species of birds: more than in Europe or North America.

Around 3 million years ago, Costa Rica rose up from the ocean (thanks to the numerous volcanoes) and began to form the land bridge between North and South America. Despite making up just 0.03% of the planet, Costa Rica hosts 5% of the world’s biodiversity. A quarter of the country is made up of protected national parks and rainforests, and its small size makes it easy to see an obscene variety of scenery in just a few days – from tropical jungles and palm-fringed beaches to verdant mountains and over 60 active and dormant volcanoes, with the most famous being Arenal Volcano, situated in the northern lowlands at a height of 1,670 metres.

Tourism in Costa Rica is a thriving business not only because of its biodiversity, pristine beaches, volcanoes, hot springs, rainforests and cloud forests, but also because of its dedication to protecting the country. Costa Rica has become an example to the world in many aspects, including social development and sustainability. Even as far back as the early 1990s, Costa Rica was seen as a poster child for ecotourism. The success in ecotourism is evidence that sustainability can and should be achieved, and that conservation and economic growth goes hand in hand. Ecotourism has been able to actively contribute to the conservation of the cultural heritage – it doesn’t just mean staying in eco-lodges, but also supporting local farmers and communities.

Thanks to the geography of the country, Costa Rica has two coastlines – one on the Pacific side and one on the Caribbean. Depending on where you go, you can spot whales, go surfing, explore laidback towns playing reggae music or trek through rainforests teeming with flora and fauna. On the Pacific Coast, two popular destinations among visitors are the national parks of Manuel Antonio and Corcovado, both renowned for their wildlife-filled rainforests and beautiful beaches. Read our blog to compare them.

One of the main reasons people go on holidays to Costa Rica is for its plentiful wildlife. During the day, the rainforests and cloudforests are home to howler and capuchin monkeys, sloths, dart frogs and coatimundis, whilst at night the forest comes alive with snakes, tarantulas, armadillos and bats. In Tortuguero, one of the most unforgettable experiences you can have is to observe sea turtles laying their eggs in the sand and watching newly hatched babies scrambling towards the sea for the first time. Depending on the season, you can also spot caimans, river otters, spider monkeys, sloths and hundreds of species of birds.

To find out more about the animals in Costa Rica, read our Costa Rica Wildlife Blog.

As well as being an animal lover’s paradise, Costa Rica is renowned for being one of the best bird-watching destinations in the world, with more than 800 recorded species. On holiday to Costa Rica you might be able to spot bird species such as trogons, toucans, bellbirds, quetzals, macaws, owls and more. It’s also the world’s hummingbird capital, home to 52 different species. The cloud forest is teeming with birdlife, from the treetops to the ground where frogs and insects can be found. The Villa Blanca Cloud Forest alone is home to over 258 species.

Places to Visit in Costa Rica

The Arenal area is one of the main attractions in Costa Rica due to the volcano, as well as several other attractions nearby, including hot springs, waterfalls, and cloud forest trails. Arenal Volcano erupted in 1968, and has had frequent activity ever since, although the volcano has recently been less active, with the last major eruption coming in 2010. Click here for more information.

Named after the nesting turtles, Tortuguero National Park is on Costa Rica’s Pacific Coast and can only be reached by boat or plane. Things to do in Tortuguero include watching the turtles hatch their eggs on the beach and canal boat trips to see caimans, monkeys, sloths and a variety of birdlife. Click here for more information.

Situated within the larger Los Angeles Cloud Forest Reserve, the Villa Blanca Cloud Forest sits at an altitude between 700 and 1770 metres, which creates a unique, well-preserved cloud forest habitat home to myriad species. The hotel here is the only one around, and numerous endemic flora can be found, such as bromeliads and orchids, as well as over 280 bird species and a range of monkeys and sloths. Click here for more information.

The smallest national park in Costa Rica, Manuel Antonio is a fantastic place to end your holiday to Costa Rica. The park is six square miles and consists of white sand beaches fringed with tropical forest, home to unique wildlife. Activities in Manuel Antonio include walking on the well-maintained trails to spot sloths, coatis, monkeys, toucans and macaws, or relaxing on the beach and swimming in the warm waters, with temperatures reaching 30ºC all year. Click here for more information.

The Corcovado National Park is one of Costa Rica’s most spectacular and pristine areas, encompassing numerous biomes, and as a result, seemingly infinite species of wildlife including jaguars, tapirs, scarlet macaws, monkeys and sloths. It boasts some of the most diverse ecosystems in the whole world, with everything from lowland rainforest, highland cloud forest and palm forest, to mangrove swamps and coastal marine and beach habitats. Caño Island has the best snorkelling in the area, with interesting coral reefs. Click here for more information.

San Jose, the capital of Costa Rica, is wonderfully located in the central valley, surrounded by volcanoes, mountains and plantations producing some of the finest coffee in the world. The city itself is bustling and modern, with attractions including the Plaza de la Cultura, Teatro Nacional and several museums. Click here for more information.

Thanks to Costa Rica’s small size, and its good road network, it is possible to see an incredible variety of landscapes and animal life, and then relax on one of the beautiful rainforest-fringed beaches, all in a couple of weeks. To find out more things to do in Costa Rica, click here to read our blog. 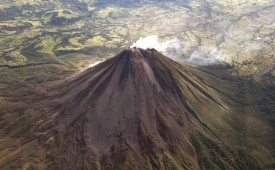 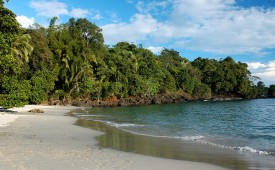 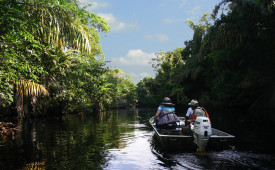 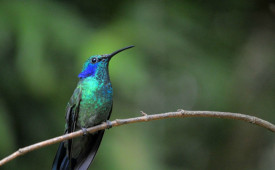 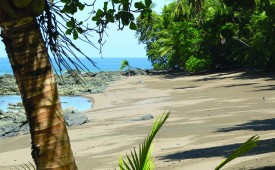 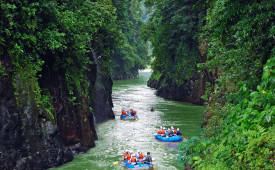 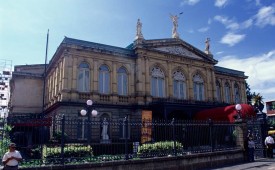