Lima is the social and economic heart of Peru, and any visitor who just passes through the city on the way to Cusco is missing an essential part of the country. Spending at least a day or two here will help you understand Peru better.

Lima is a good starting point for anyone taking a Peru holiday. The City of Kings is located on Peru’s arid Pacific coastline, in the central coastal region of the country. Lima Airport serves as one of South America’s main international airports and a hub for many airlines.

The area around Lima was inhabited before the arrival of the Spanish, and there are funeral mounds visible throughout the city. Pachacámac, an important Inca and pre-Inca site on the coast, is located close to Lima.

Lima was founded on 18 January 1535 by Francisco Pizarro. As the original plan had been to found the city on January 6, the epiphany (the day the three kings arrived in Bethlehem), the city was given the title 'The City of Kings'. The original city was founded on the southern bank of the Rímac River (the name Lima is derived from Rímac) and had fewer than 100 inhabitants. The site was chosen for its strategic importance for the invading Spanish army. Close to the sea, and thus to the Spaniards' ships, Lima also offered one of the easiest access routes into the Andes, where Pizarro's original capital, Jauja, was located. The city was also well irrigated by the various rivers flowing through it.

Centre of the Spanish Empire

Peru was the centre of the Spanish Empire in South America, and Lima was the home of the Viceroys who ruled over the entire land. As the most important Spanish city in the Americas, with the possible exception of Mexico City, it had fine colonial buildings for the wealthy aristocracy based there. Unfortunately, a massive earthquake in 1746 destroyed much of the city, eliminating most of its beautiful centre. Around this time, the importance of Lima for the Spanish began to wane, and other cities in South America, such as Buenos Aires, increased in importance. Nevertheless, Lima retained its elegance, and most of the buildings destroyed in the earthquake were rebuilt, and can be seen today.

In 1821, on July 28, the Argentine General San Martín entered Lima and declared independence. The Venezuelan Simón de Bolívar became the newly independent country's first president, although he ruled only from 1824 to 1826.

Lima continued to play an important part in the economic development of Latin America after its independence, and the first railway in South America, between Lima and the port of Callao, opened in 1854. However, the city remained relatively small until the beginning of the 20th century, when the population numbered little over 100,000. The urban sprawl that is today's Lima began around this time. The population on average more than doubled every twenty years, and continues to grow today. This growth was particularly evident in the 1970s and 1980s, as the shanty towns surrounding Lima sprang up to accommodate the mass influx of migrants from the Andes. These were escaping from poverty and the violence of the Shining Path's war with the Peruvian government, which largely played out in poor rural villages.

With the sudden growth of the city, the upper and middle classes moved away from the centre of Lima around the beginning of the 20th century, and settled in the quieter areas of Barranco, Miraflores and Chorillos. In recent years, the centre of the city has greatly improved, with the removal of street vendors, who filled the streets of the centre, to more organised markets. The streets have been cleaned up, and many of the buildings restored. Some businesses have moved back to the centre, after abandoning the area, and although parts of the city can still be dangerous, safety in the centre has improved significantly in the recent years.

The end of terrorism and the stabilising of the economy in the early 1990s attracted much inward investment to Peru and Lima. Although there is still very significant poverty, overall poverty rates have dropped in the city and the rest of the country, and there is now a sizeable middle class in Lima. Shops and services have sprung up to cater for them, and the city now has shopping centres, cinemas, entertainment complexes and bars to rival any city in the world. Although this has led to some cultural homogenisation, Lima still retains a significant chunk of its cultural identity. In particular, this can be seen in the food scene, with modern Peruvian food having worldwide influences, but using the wide range of fantastic ingredients from across the country.

Lima has some excellent museums, which give a perfect introduction to much of the history of the rest of the country. The historic centre of Lima, a UNESCO Cultural World Heritage Site, is a fascinating glimpse into the splendid past of what was once the most wonderful city in all the Americas, the City of Kings. The centre has been much improved in recent years, and should definitely be visited.

Lima also has the best social scene anywhere in Peru, with excellent nightlife in Barranco and Miraflores, and some world-class restaurants, with prices to match. With all sectors of Peru represented in the city, from the wealthiest classes (with shops and services to serve them) to the poorest, living in shanty towns, Lima is a true Latin American city. Follow the links below to find out more about Lima’s attractions.

Mari is a Peru native, born and bred in Lima. Read her blog to find out how she was pleasantly surprised by how the city has changed on a recent visit. 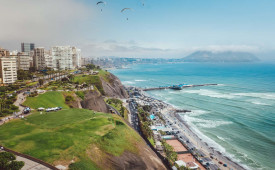 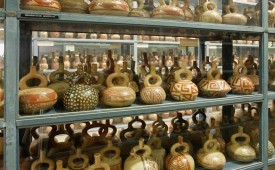 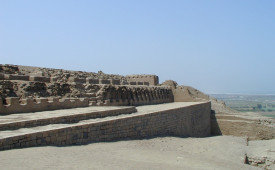 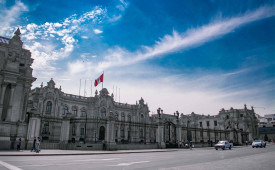