Machu Picchu is possibly the most famous archaeological site in all of the Americas, and is also one of the most beautiful places anywhere on earth. The archaeological ruins combine perfectly with the incredible mountain scenery to present an unforgettable sight. Machu Picchu is actually the name of the tall mountain to the south of the ruins, and means ‘old peak'. This is in contrast to Huayna Picchu, the sugarloaf mountain to the north of the ruins, which means ‘young peak'.

The exact purpose of Machu Picchu is unknown, largely as it was never discovered by the Spanish and so no chronicler ever recorded any information about it. However, the high quality of the stonework and the large number of important temples and fountains, as well as the other Inca sites nearby, strongly indicate that the whole area, and Machu Picchu in particular, was a very important ceremonial centre.

Hiram Bingham, who rediscovered Machu Picchu in 1911, claimed that the site was a refuge of the Acllas, the Inca Virgins of the Sun, as his analysis of the skeletons found at the site indicated that the vast majority were female. However, this theory has been somewhat discredited by more recent investigations which claim that the skeletons were in fact evenly split between males and females.

Why this remote location was chosen for such an important site is unclear, although there are some interesting theories, both ceremonial and practical. Firstly, the location is aligned with many of the important Apus (holy mountains) in the area, obviously an important factor for a religious site. Secondly, the elevation of the site means that there is less chance of it being damaged by landslides, which are very common in the valley below. Thirdly, Machu Picchu is strategically very well located, being high for defensive purposes and giving a clear view into three different valleys. Finally, the views from Machu Picchu are incredibly beautiful, and it is likely that the Incas appreciated this as much as we do today.

Machu Picchu was never discovered by the Spanish, which seems remarkable given their ability to discover just about every other important Inca site. As the Spanish had large numbers of the indigenous population working for them, who were prepared to help them in any way, this appears even more incredible. The most likely explanation would be that ordinary people at the time of the Spanish invasion were not aware of Machu Picchu 's existence. There are two possible reasons for this. Firstly, it is likely that Machu Picchu was built during the reign of Pachacuteq in the mid-15th century and was possibly one of his Royal Estates. It is possible, therefore, that the site was abandoned some time after the Inca's death, and was therefore largely forgotten and irrelevant when the Spanish arrived. The other explanation is that as the site was so ceremonially important, it was only used by the Inca elite, and the general populous was unaware of its existence. Therefore, when the Spanish arrived and the Inca nobles saw the fate of Cusco and other important sites nearby, they completely abandoned Machu Picchu, ensuring that the Spanish would not discover it.

Whatever the reason for its abandonment, the site was never looted by the Spanish, and it is therefore the best-preserved Inca complex in existence. However, it would be wrong to say that it lay undiscovered until 1911 when Hiram Bingham came across it. There are records of the name Machu Picchu appearing in documents in the 19th century, and even before, although this does not mean that it was known that there were archaeological ruins there. However, the site was known by local people living in the area, and there were even families living in the ruins, using some of the open spaces for agriculture. It was through these locals, in fact, that Bingham came to visit Machu Picchu.

Hiram Bingham, a professor of Latin American history from the University of Yale, became interested in the Inca culture on a trip to Peru in 1908. When he returned to the country in 1911 he was determined to discover the site of Vilcabamba, the last refuge of the Incas when fleeing from the Spanish. The North American rector of the university in Cusco told Bingham about rumours of some unexplored ruins down the Urubamba Valley. Bingham travelled down the valley by mule, camping at Mandor Pampa on July 23, where he met Melchor Arteaga, who agreed to guide him from the valley up to the ruins. There was no path and the thick jungle vegetation made for a very tough climb, and on the morning of July 24 the weather was not good. However, Bingham agreed to pay Arteaga the sum of one silver dollar to accompany him, and later that morning Bingham emerged onto the ruins. He spent most of that day there, before returning to the valley and then Cusco.

Bingham recognised the importance of the site, and decided that this had to be the city of Vilcabamba for which he was searching. He sent an expedition to Machu Picchu later that year to clear part of the ruins, and returned himself the following year, clearing much of the site and taking many photos. Some of these were published in the National Geographic in 1913, ensuring the worldwide fame of both Machu Picchu and Hiram Bingham, who went on to become a US Senator. Although it is clear that Hiram Bingham was not the first person to visit Machu Picchu since its abandonment by the Incas, he did recognise its importance and brought it to the world's attention. Therefore, he is rightfully credited as its discoverer.

Although Bingham claimed that Machu Picchu was the city of Vilcabamba, it is now accepted that the site at Espiritu Pampa was in fact the jungle city occupied by the Incas when fighting the Spanish. Ironically, Bingham came across the ruins at Espiritu Pampa on the same expedition on which he discovered Machu Picchu, and dismissed them as minor. Nevertheless, the idea of Machu Picchu as Vilcabamba endured for many decades after its discovery.

It is now generally accepted that Machu Picchu was an important ceremonial site, and possibly also an important agricultural centre. There is speculation that Machu Picchu was used to grow a special high-altitude variety of coca leaf for use in religious ceremonies, although such a variety does not exist anymore, and there is no evidence that the site was used for this.

Getting to Machu Picchu

There are a number of ways to get to Machu Picchu, each one with different benefits and costs. You can choose to spend one day visiting the ruins and return to Cusco in the evening, walk for four days on the classic Inca Trail or lesser-known Salkantay Trail, or opt for the Short Inca Trail which involves just one day of hiking but still lets you arrive at Machu Picchu with a sense of accomplishment. There are various excursions and upgrades that you can add onto your trip, such as the possibility to upgrade to a more elegant train, or hike one of the two different mountains and return to the site for a second day.

Click here to read our blog about the options you have for visiting Machu Picchu.

The ticketing and shuttle bus system for Machu Picchu is complex given that millions of visitors come every year, so the procedure has to be as slick as possible in order to avoid enormous queues. Your ticket for Machu Picchu will have an entry time (hourly from 6am to 2pm) which shows the earliest time you can enter the site, although you can enter any time after this. Officially, once you enter the site you are not allowed to leave and come back, and you must also enter with your guide. If you buy a second entrance ticket for the following day, you will be allowed to enter the site without a guide, but you will need to show your ticket from the first day.

Returning to Machu Picchu for a second day is a popular option, as it allows you to explore the lost city of the Incas and discover the beautiful surrounding area at a relaxed pace. If you choose this option, your ticket will be bought for the earliest time possible (6am) although these sell out quickly, so it is sometimes necessary to buy a ticket with a later entrance time. 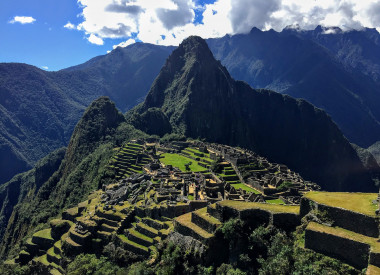 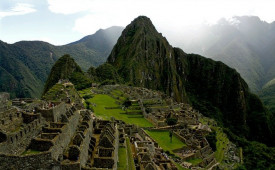 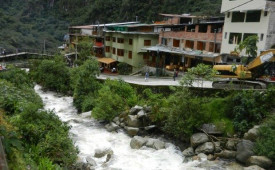