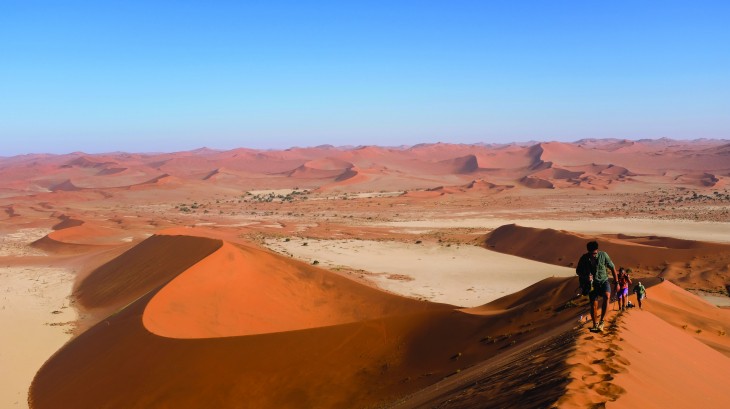 One of the iconic images of Namibia is the huge rolling sand dunes found in the Namib-Naukluft National Park. They are some of the highest dunes in the world, and have developed over many millions of years. Visiting these characteristic orange dunes from the region of Sossusvlei was one of our Product Manager’s standout highlights from his trip to Namibia. Read on to find out about Scott’s experiences of climbing the aptly named ‘Big Daddy’ and exploring Deadvlei.

We were up at around 5:30am for breakfast at the hotel, before hitting the road to the national park entrance. Sossusvlei inevitably requires an early start as the best time to visit the dunes is the early morning, when the temperatures are cooler. We joined a queue of vehicles waiting at Sesriem Gate for the park to open which it does every day at sunrise (usually between 6am and 7am). Once inside the park, the roads are paved, so the going was smooth and easy as we headed towards Sossusvlei. The journey into the park is spectacular as you pass towering sand dunes on either side of the road, and thanks to the early morning light you get impressive shadows forming on one side of the dune, while the other side is bathed in sunlight. 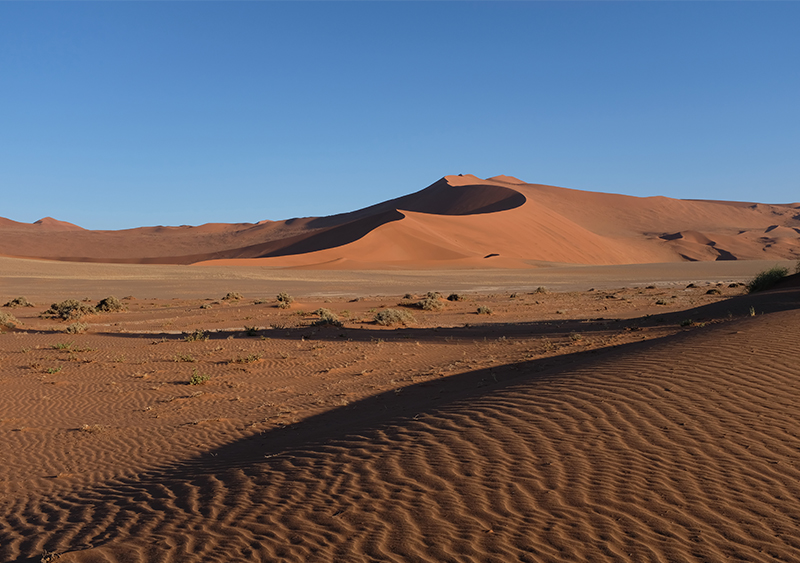 After an hour or so we arrived at Sossusvlei where my guide explained to me about the possibility of climbing the highest dune in the area, the aptly named ‘Big Daddy’. Standing at around 325 metres, he told me the dune wasn’t an easy climb, and he certainly wouldn’t be doing it again, at least not today!  Considering myself as someone fairly fit and active, I wasn’t going to pass up this opportunity so I duly set off to the summit.

I soon realised pretty quickly that my guide wasn’t wrong and the climb to the top took me around an hour and was pretty challenging, with some of the sections being very steep meaning one step in the sand equalled two steps backwards. As I was visiting in November, the sun was blazing and it must’ve been around 30 degrees even at 9am by the time I reached the top. However, the views during the climb were stunning, and even more impressive once I had reached the summit, with the dunes seemingly stretching forever into the distance in every direction. 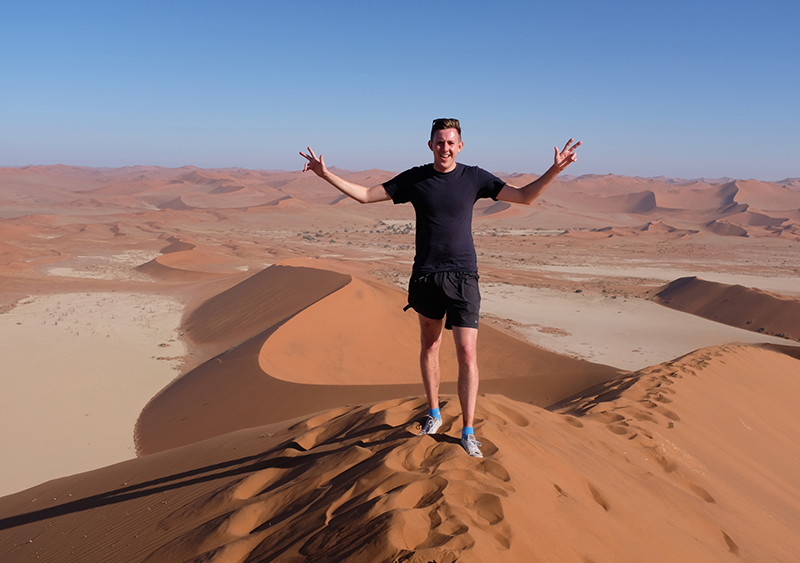 The good thing about the climb is that you can do as little or as much as you want, with plenty of opportunities to climb to the next vantage point and then head back down. There is also another slightly smaller dune (Dune 45) which is very popular to climb. 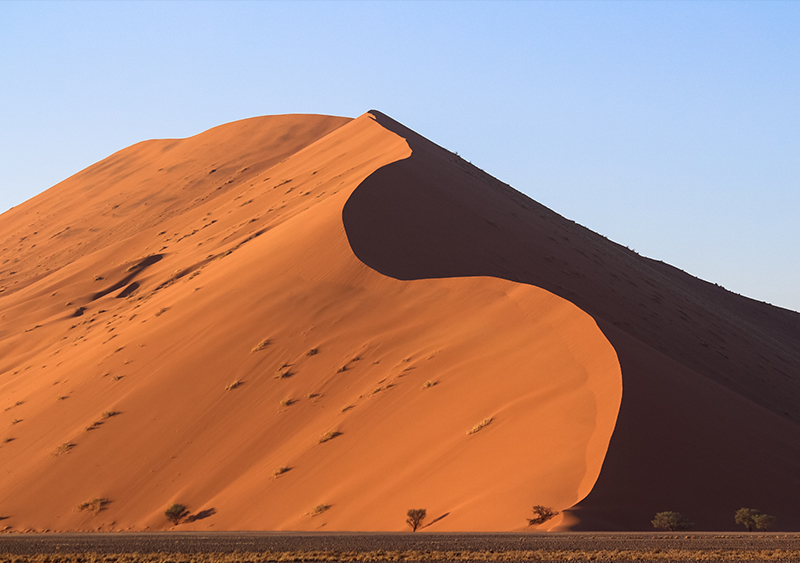 While the climb up took around an hour, the journey back down lasted less than five minutes, as you can run off the side of the dune to the desert floor below. At the bottom you find Deadvlei (dead marsh in English), a white clay pan with dead camelthorn trees which are up to 600 years old. The dead trees with the orange dune background makes for some stunning photos. After exploring this area we headed back to the vehicle for the drive out of the national park and we were lucky enough to spot an oryx crossing the barren landscape which was a great way to cap an amazing morning. 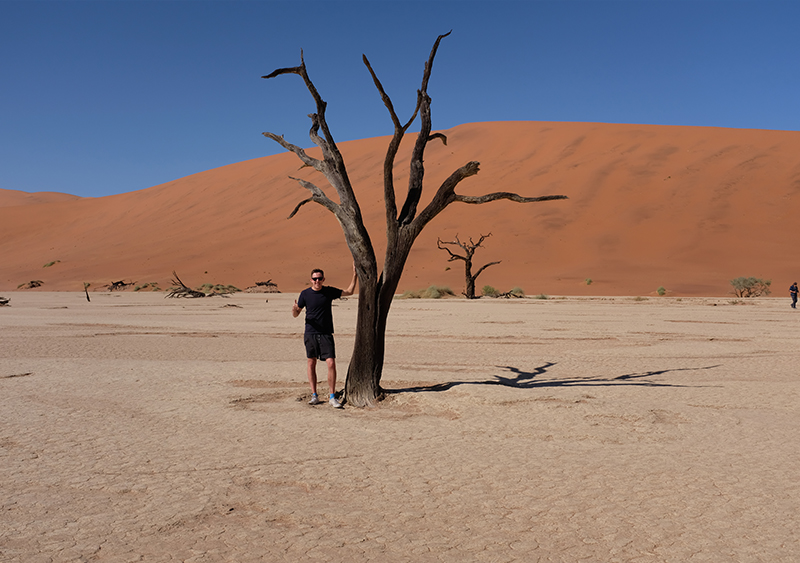 This excursion is included in our Wildlife & Wilderness of Namibia holiday. Call us today on 020 7263 3000 to speak to a Namibia expert.