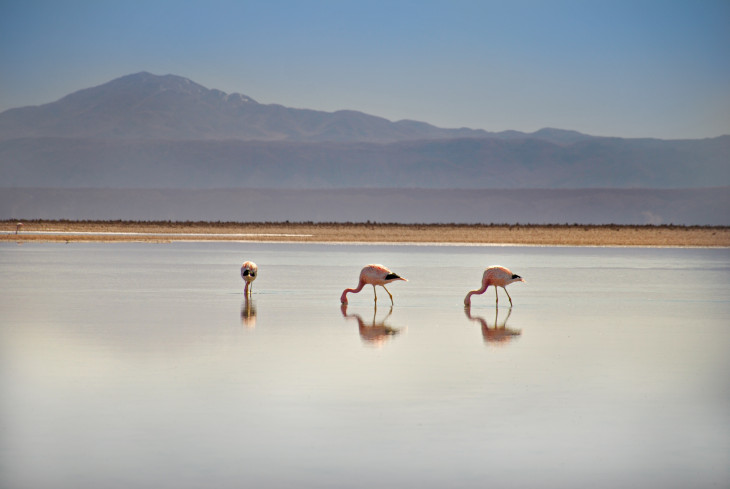 Beautifully located in the driest desert in the world, San Pedro de Atacama is a small town in northern Chile made up of narrow streets lined with adobe buildings. The town thrives as a tourist hub mainly due to the surrounding area which is full of barren moonscapes, fiery red canyons, vast salt flats, unique rock formations, turquoise thermal lakes and rising geysers. The area is also Chile’s most important archaeological site, with ruins of the pre-Colombian cultures still visible in the desert. Plus, the Atacama Desert is cloudless almost all of the year, sits at a high altitude and lacks light pollution which can interfere with astronomical observations. This makes it one of the best places in the world for star gazing – there are many astronomy tours that can be booked locally. The desert is even helping NASA better understand what life may be like on Mars, as most of the life in the Atacama Desert are microbes, the only living organisms capable of living in such dry conditions. Keep reading to find out how to spend your time in San Pedro de Atacama.

1. The Valley of the Moon 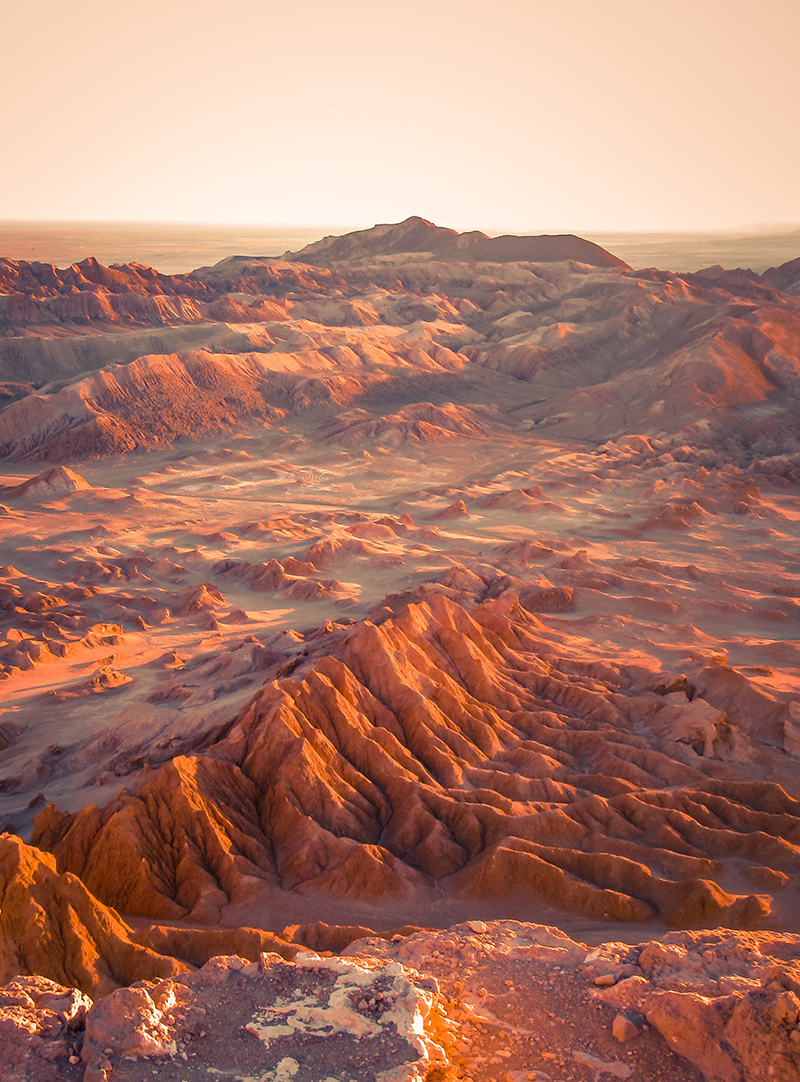 Located just outside the town of San Pedro, the aptly named “Valle de la Luna” is a popular place to watch the sun set. The dramatic lunar-esque landscape is made up of mountains, valleys, sand dunes and rock formations, and the colours change from golds to reds as the sun sets. You can walk up the sand dunes to enjoy the best views of the surrounding Andes. The bizarre natural landscape has been shaped by the lack of rain, and the wind churning up the sand over millions of years, creating a geological spectacle similar to the moon's surface. 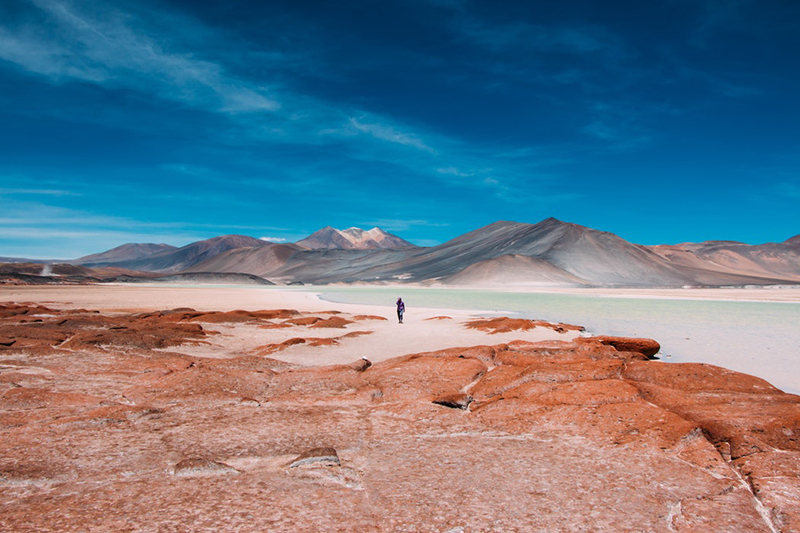 With a surface area of 1,200 square miles, the Atacama Salt Lake is the biggest salt deposit in Chile, formed by water flowing down from the mountains evaporating, leaving salt crystals on the desert floor. The giant chunks of salt extend into the distance, creating a beautiful landscape as the earth and sky merge. The holes in the salt layers have become lagoons which are home to a variety of aquatic birds including flamingos, who get their bright pink colour from the shrimp they feed on. The best time to visit is sunset, with beautiful colours, and silhouettes of flamingos gathering to nest. The drive to the lagoons of Miscanti and Miñique is stunning, reaching 4,500 metres above sea level. 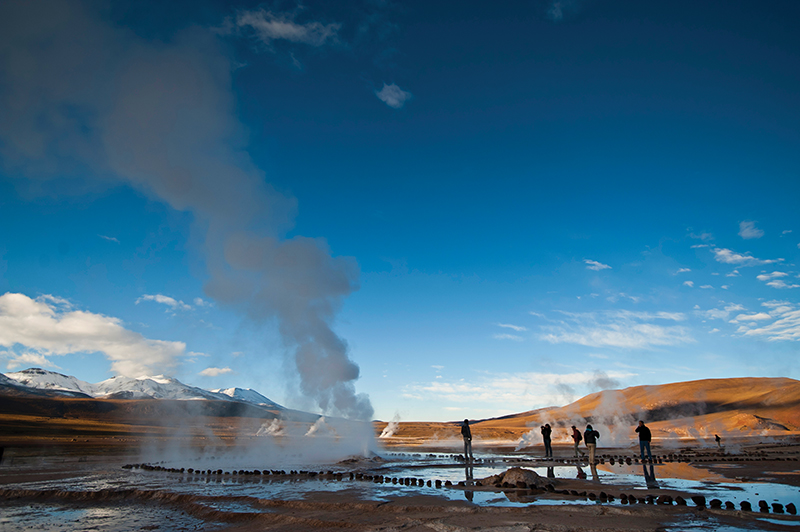 The El Tatio Geysers are the largest geyser field in the southern hemisphere, and at 4,300 metres above sea level, some of the highest in the world. The geysers are best seen in the early morning light, when the water and steam jets create an incredible sight. The geothermal field has more than 80 geysers, and a number of animals can be spotted in the area including rheas, vicuñas and chinchillas. Despite involving a very early start at 4am from San Pedro, as the geysers are a 90-minute bumpy drive away, the sights along the drive and the final destination makes it worth it. 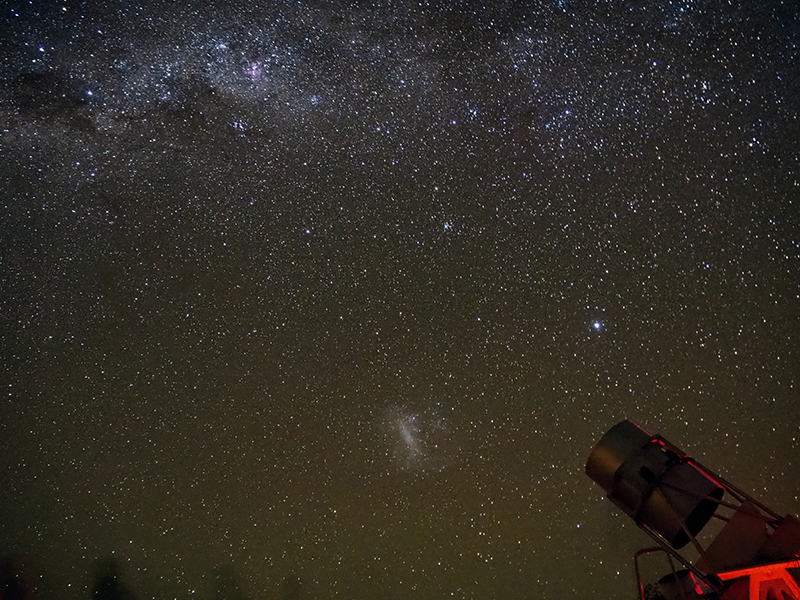 Northern Chile is one of the best places in the world for star gazing due to the climatic conditions, and the Atacama Large Millimetre Array (ALMA) is currently being constructed close to San Pedro, jointly by Europe, Japan, North America and Chile. When completed, this will be one of the most powerful radio telescopes in the world. The Atacama Desert is cloudless for almost all the year, and although you cannot visit the ALMA site, there are some amateur astronomy tours in the desert around San Pedro, which can be booked locally. On these, you can view the galaxies through reasonably powerful optical telescopes. 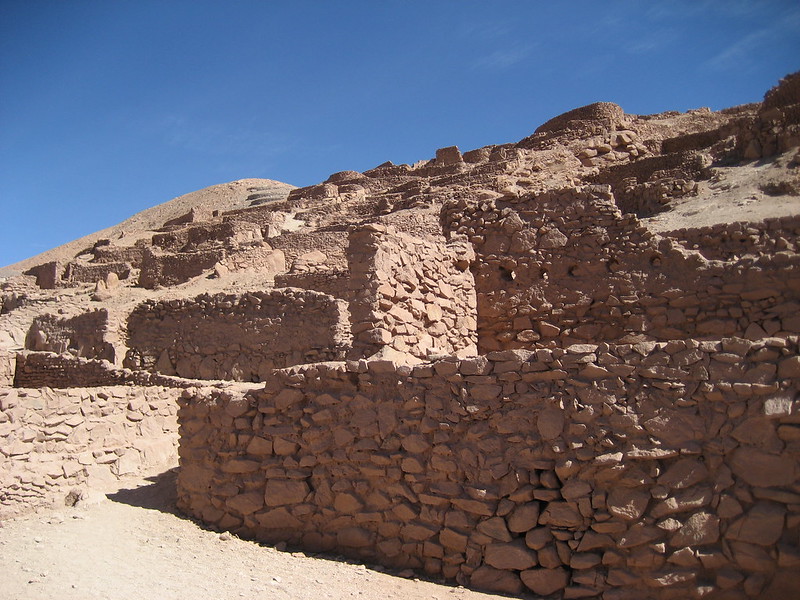 There are several interesting archaeological sites close to San Pedro. Tulor, dating from about 800BC, is the earliest example of habitation in area, with circular adobe structures visible. In this ancient settlement, hunter-gatherers first began to transition to sedentary lifestyle, during the Mesolitic era. Pukara de Quitor is a partially restored 12th-century fortress, set on a hill above the San Pedro River. Consisting of a series of man-made terraces on which houses and grain storehouses were built, the site was used in the defence of the area from attacking Spanish forces in 1540.