Acting as the gateway to Argentina, Buenos Aires is a port city on the River Plate which possesses a rich cultural identity. Initially founded in 1536, the settlement was quickly abandoned due to food shortages and attacks from local tribes. The area was then repopulated in 1580 by the Spanish as a trading settlement, although for a long time it was a backwater acting as a haven for smugglers. It was not until 1776, when Spain made it the capital of the Viceroyalty of the province of Río de La Plata, that Buenos Aires became one of the most important cities in South America.

Buenos Aires was subject to a failed attempt by the British to take control of the city in 1806 from which the porteños (as people from Buenos Aires are known) emerged with a renewed confidence and sense of identity. Following this new found self assurance, and taking advantage of Napoleon’s conquest of Spain, the Spanish Viceroy was ejected from the city in 1810 and Argentina finally established its independence from the Spanish Crown in 1816, with Buenos Aires as its capital.

By the beginning of the 20th century, largely due to agricultural exports, Buenos Aires had developed into the most prosperous trading port in South America, with over a million inhabitants. Many immigrants came to Argentina during this time, mainly from Europe, and much of the Baroque character of the city dates from this period. Because of this, modern day Buenos Aires feels very much like a vibrant European city, albeit with a very Latin American flavour.

If you'd like to find out more about Buenos Aires, read our blog. 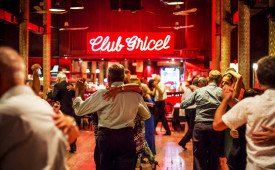