Set at the crossroads of the Middle East, Jordan has acted as a strategic nexus connecting the continents of Asia, Africa and Europe, and has encountered an endless wave of invaders throughout history, from ancient Romans to Ottomans and European crusaders. The geographic location of Jordan has granted the country a very important role as a conduit for trade and communications.

Although desert covers nearly 85% of the country, Jordan offers a wealth of opportunity; from the frenetic buzz of urban Amman, to the enchanting starkness of Wadi Rum, and the majestic ruins of civilizations past, with the ‘Rose City’ of Petra taking the crown. The Dead Sea, the lowest point on earth, is located along its western border with Israel and to the extreme south-west can be found the Red Sea.

With stunning and varied landscapes, Jordan has been the setting for many feature films including the epic historical drama Lawrence of Arabia which was largely filmed in the evocative desert regions of Wadi Rum. Ridley Scott also selected the red sand dunes as the perfect location for his feature film The Martian.

Jordan is a place that has captivated ancient explorers and continues to entice a new generation of travellers. It is an eclectic mixture of tradition and modernity. 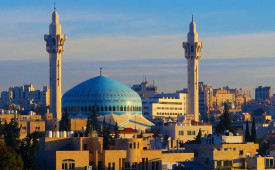 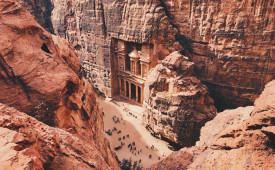 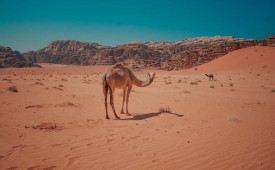 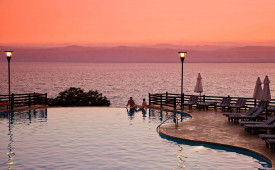 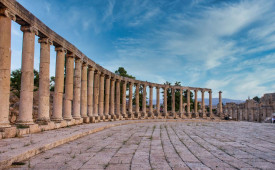