What Makes The Peruvian Andes So Special? 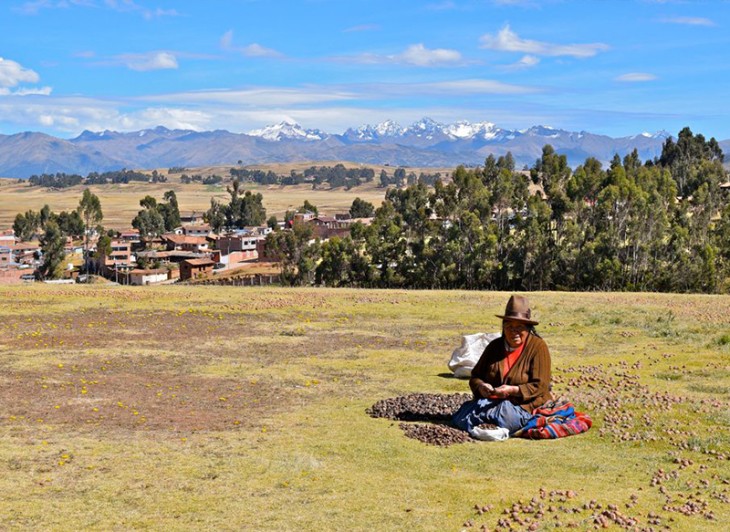 Peru is synonymous with the Andes mountains. Dividing the country from north to south, this vast chain of snow-capped peaks and diverse landscapes moulds the country’s geography, culture, history and people. It is the highest mountain range outside Asia and the longest continental mountain range in the world. Keep reading to find out what makes the Andes such a special place to visit on a holiday to Peru.

This stunning South American mountain range extends through seven countries, from Venezuela to the southern tip of the continent. Rising from the arid deserts of the coast to over 20,000 feet in the sierra, the highlands separate a narrow coastal area from the rest of the continent. Peru makes up the Central Andes, a region which can be explored on hikes to Machu Picchu, excursions to the Sacred Valley and boat trips on Lake Titicaca. Spreading from Pisac to Ollantaytambo, the Sacred Valley was very important to the Incas, as many of their most sacred sites were located near the river. This area is recognised for its traditional agriculture, indigenous markets and ancient Inca ruins. The classic four-day Inca Trail to Machu Picchu starts just beyond this region, and winds its way through spectacular mountain passes to the famous Inca citadel. Forming the border with Bolivia to the south, Lake Titicaca is famous for being the world's highest navigable lake, at over 3,800m above sea level. Taking a boat ride on this enormous body of water rewards you with splendid views of the snow-capped Cordillera Real. 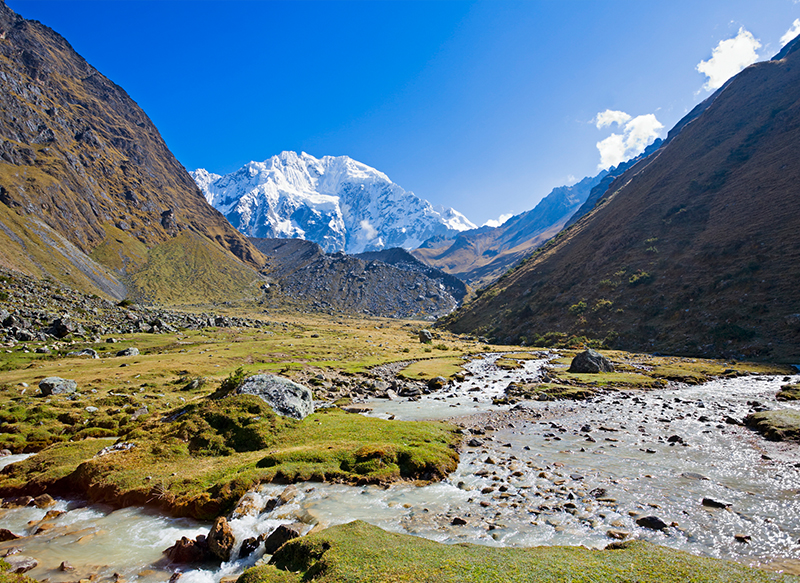 Peru is as diverse as it is beautiful and like many destinations, the people you meet are as much a part of the experience as the sights. The highlands comprise about a quarter of Peru's territory, but are home to about half of the country’s population. Across the Peruvian Andes, the Quechua people are one of the most dominant indigenous groups, although there is a group of Aymara-speaking Indians who live in the south around Lake Titicaca and in Bolivia. A significant proportion of shepherds and farmers live above 10,000 feet, and the high-altitude has led them to develop agriculture, technology and social systems to adapt to the unique conditions in which they live. As well as scarce oxygen, the people of the Andes also have cold temperatures and intense UV radiation to contend with. An interesting article about how they have adapted can be found here. 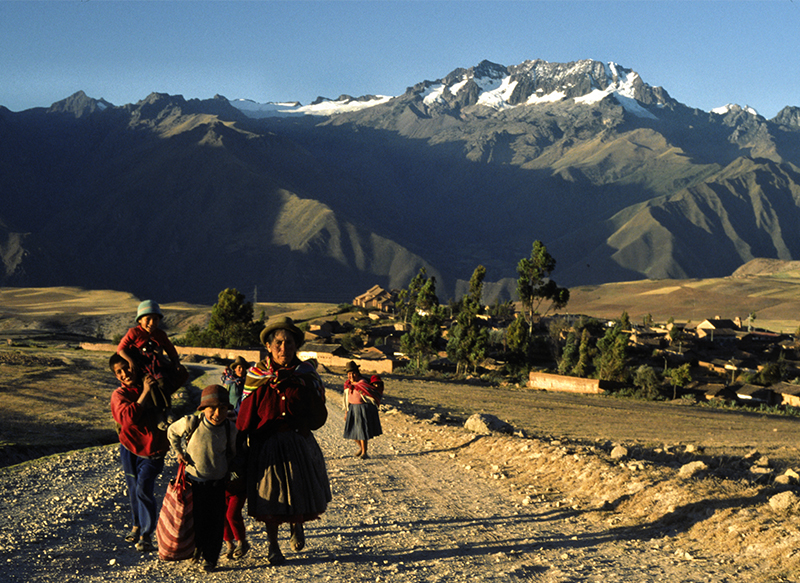 The people of the Andes practice subsistence farming, often cultivating corn, quinoa and the myriad varieties of potato that Peru is known for. Thanks to their viability to grow in the harsh highland conditions, there are over 4000 native varieties of potato, and they form an integral part of local tradition, often being traded between communities rather than sold in local markets. Some highlanders have genetic adaptations that help them digest starch, which is thought to be linked to thousands of years of potato farming. Maize is also a very popular staple, and the corn is often dried and stored until it is needed. During Inca times, water was mixed with corn and fermented to create maize beer, known as chicha, which is a popular drink throughout the country.  Coca leaves are chewed or added to boiling water to create mate de coca, a traditional drink which allegedly helps with stomach upsets and altitude sickness. 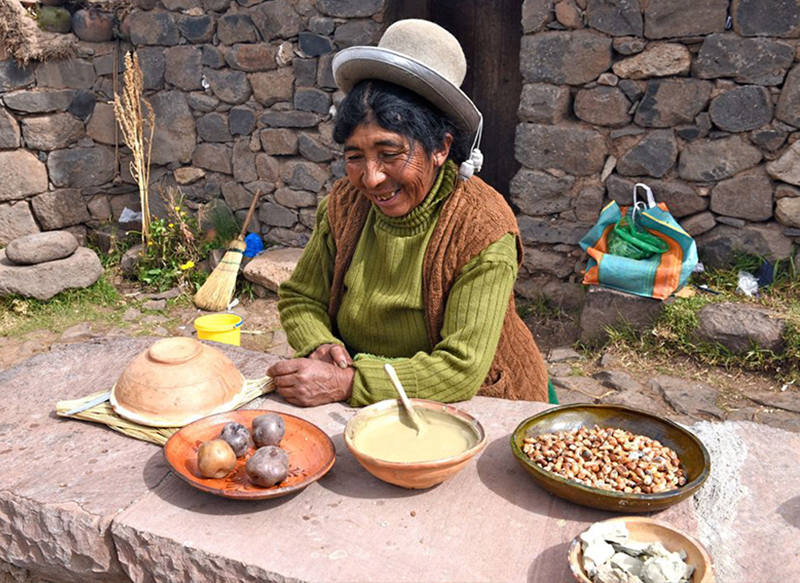 Like in much of the Andean regions of South America, Peru has a strong traditional culture that continues to pervade in cities, towns and mountain communities. The diversity of people and ethnicities has led to a unique and vibrant culture which reflects their beliefs and social structures, shown through textiles, ceramics, architecture, music and dance. Inti Raymi (the Festival of the Sun) is held each June in Cusco and is entirely based upon Inca ceremonies, although today’s celebrations are far less gruesome than during Inca times, when llamas were sacrificed and mummies were brought from nearby temples. Peruvians are increasingly proud of their cultural wealth, and fully recognise the value of the Andes in terms of resources and ancient traditions. 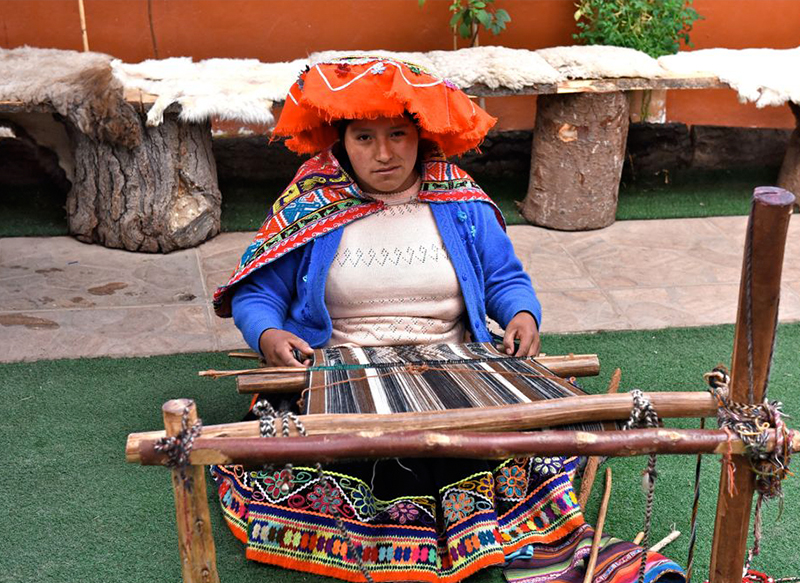 The Peruvian Andes are home to an exceptional variety of flora and fauna that can’t be found anywhere else. With a wingspan of up to 10.5 feet, the Andean condor is one of the largest flying birds in the world, and seeing them gliding on air currents in windy areas is a sight to behold. Llamas and alpacas are of course synonymous with Peru and have formed an important part of local culture and folklore for thousands of years, serving their communities as pack animals to transport goods across the mountains, unlike their less domesticated relatives, vicuñas, valued highly for their wool. The Inca Trail to Machu Picchu abounds with natural beauty, with hundreds of species of orchid, multicoloured hummingbirds and indigenous plants. Roaming areas above 4,000 metres, the Andean spectacled bear is the only one of its kind in South America, and a rare sighting. 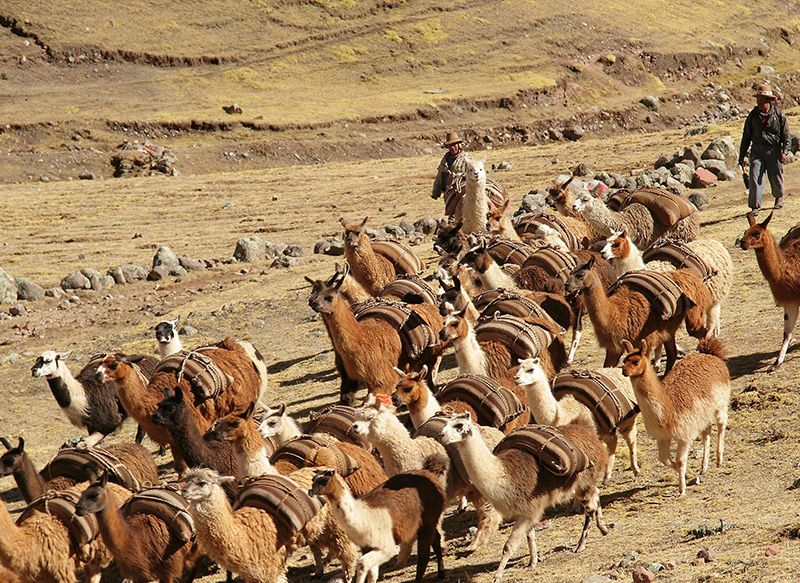 A trip to Peru is undoubtedly one of the best ways to understand the intricacies of life in this part of the world.

You can explore the Peruvian Andes on all of our holidays to Peru.