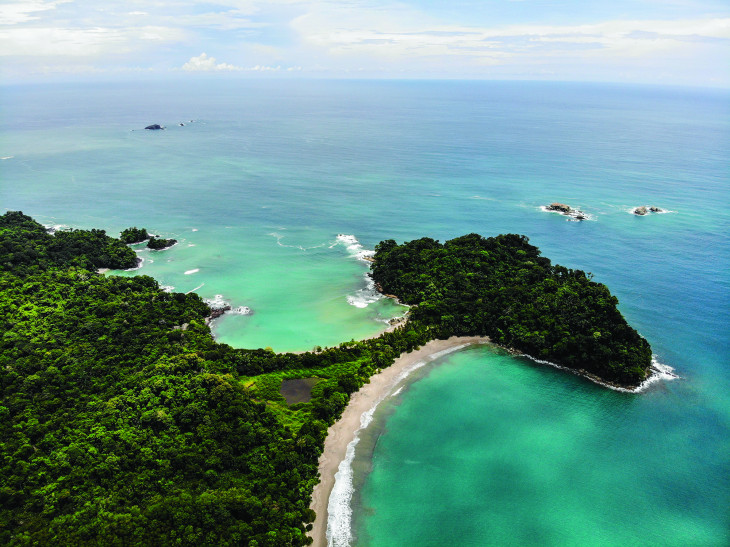 With over a quarter of the land dedicated to national parks and reserves designed to protect and preserve Costa Rica’s vast ecosystems, it’s hardly surprising that the Central American country has an abundance of natural beauty. Renowned around the world for its conservation and sustainable tourism efforts, Costa Rica is home to 4% of the world’s biodiversity. In Costa Rica, there are 28 national parks, many of which are filled with volcanoes, rainforests, waterfalls and an impressive variety of wildlife. You can spot monkeys and sloths in the treetops by a palm-fringed beach on the Pacific Coast, watch turtles hatching on the Caribbean coast and relax in hot springs with an impressive volcano backdrop. 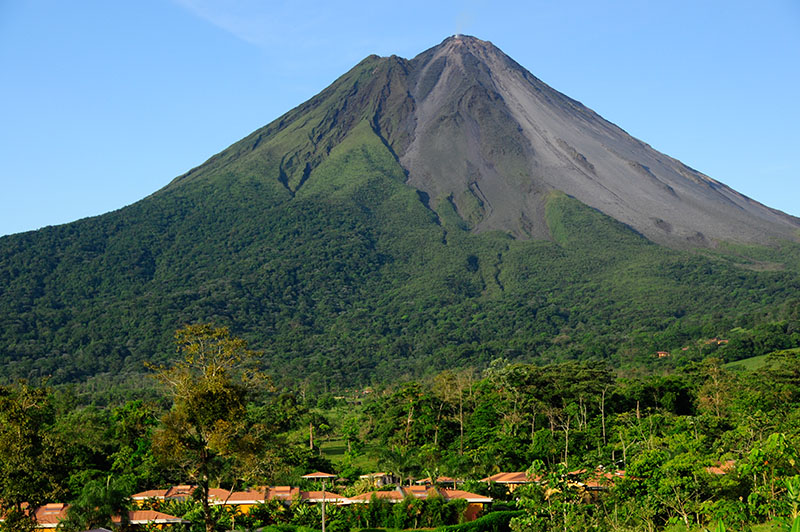 One of the best-known national parks in Costa Rica, Arenal Volcano is a hotspot for all kinds of activities – hiking, zip-lining, white-water rafting, hanging bridges and hot springs, to name a few. The biodiversity of the Arenal National Park is high and roughly half of the species of animals found in Costa Rica can be found in Arenal, including monkeys, sloths and coatis. It’s top of the list for birdwatchers too, with almost all of Costa Rica’s 850 bird species found in the park. 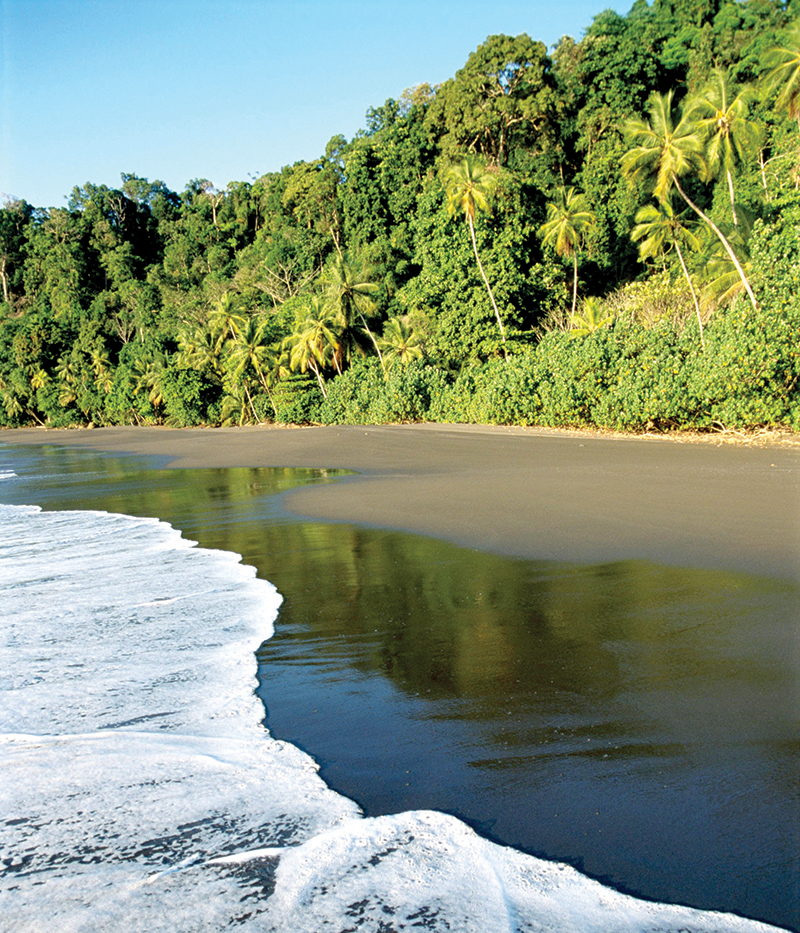 Corcovado National Park is Costa Rica’s largest park. It is the least accessible national park in Costa Rica too, making it even more special. Because of its remote location on the Osa Peninsula, Corcovado offers the chance to see raw, untouched rainforest and some of Costa Rica’s most exotic wildlife including scarlet macaws, tapirs, four types of monkey and quetzals. Activities here are plentiful, from boat trips and rainforest hikes to snorkelling on the coral reefs and relaxing on the palm-fringed beach. Find out more here. 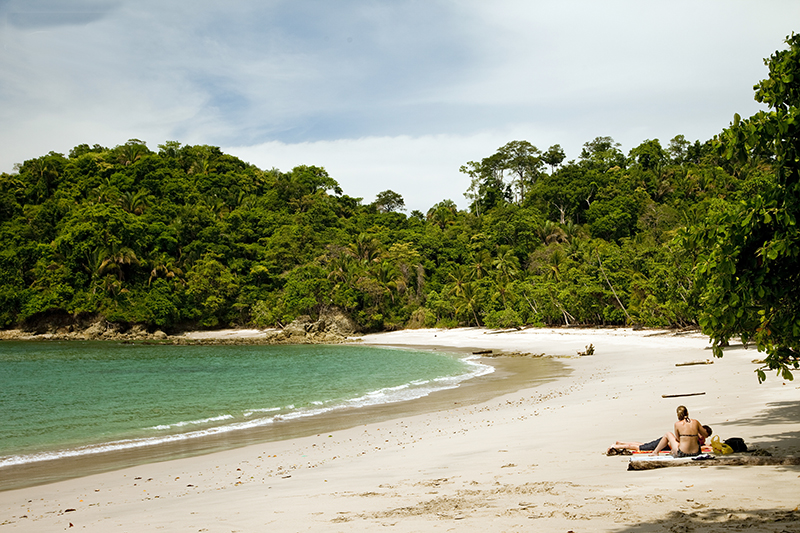 Despite being the smallest national park in Costa Rica, Manuel Antonio is one of the most popular, thanks to the classic rainforest and beach combination it offers. It is also regarded as one of the most biodiverse places on the planet, encompassing a range of natural habitats including primary and secondary rainforest, mangrove swamps and lagoons. The coral reefs are excellent for snorkelling, and the white-sand beaches are wedged between the warm ocean and the lush tropical jungle, inhabited by monkeys, sloths, toucans, macaws, tree frogs and iguanas. 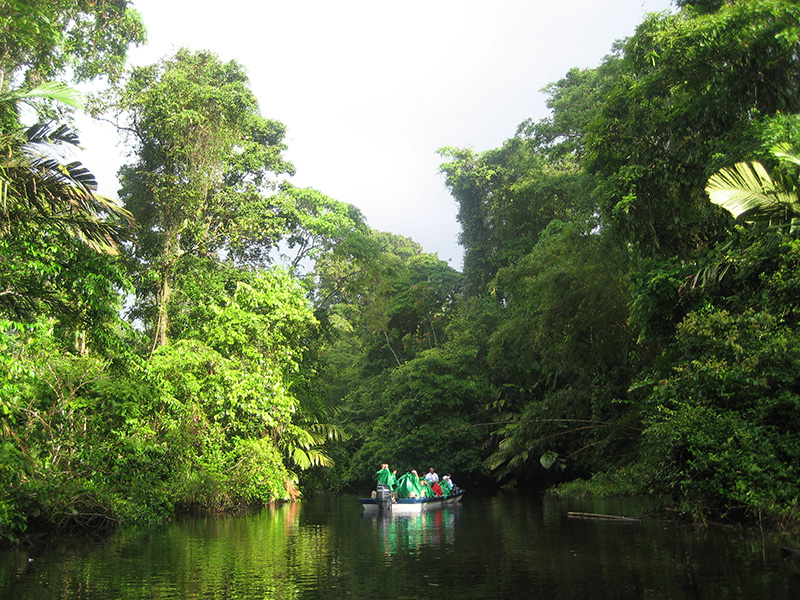 Turtle tours are one reason why Tortuguero holidays are so popular. The remoteness of the national park is another. Accessible only by boat or plane, Tortuguero National Park is made up of mangrove forests, swamps, rainforests and lagoons, brimming with flora and fauna. Tortuguero is one of the most important sea turtle nesting sites in the world, with four different turtle species coming to the shores to lay eggs. As well as experiencing this unique natural phenomenon, time in Tortuguero is spent navigating the jungle waterways on a boat, with a professional guide to help you spot the caimans, monkeys, lizards and an array of birdlife.

You can visit all four of these Costa Rica National Parks on this holiday, or for more options, browse all of our Costa Rica tours.