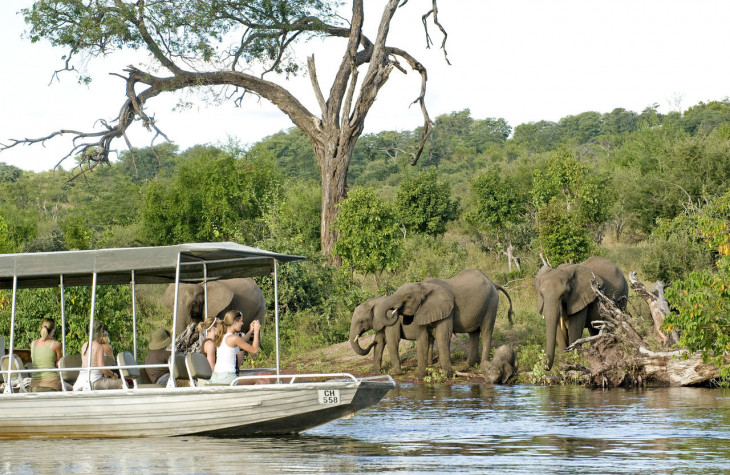 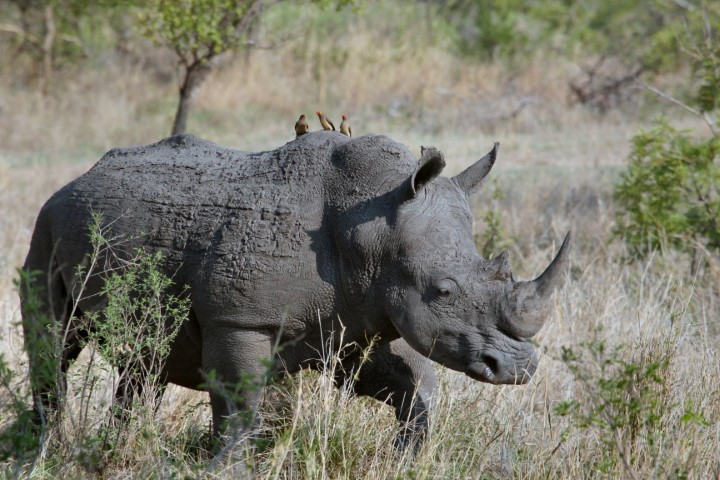 The Kruger National Park is one of the largest protected game areas in Africa, and covers nearly two million hectares. Its enormous size, varied vegetation and resultant variety of African game makes it one of South Africa’s greatest treasures.

Here you will find classic safari scenery with a mixture of thorn trees, savannah and more. There are a wide variety of species to spot, including the Big Five plus wild dog, crocodile, wildebeest, zebra, cheetah, hyena, hippo and diverse bird species including vultures, eagles and storks.

The best time for wildlife viewing in the Kruger is during the dry months of June to September when the vegetation is less thick and animals concentrate around water sources.

We offer three safari lodge options around the Kruger National Park. All options we offer have a similar format, with game drives in the morning and afternoon.

Read more about the three Kruger lodges we offer. 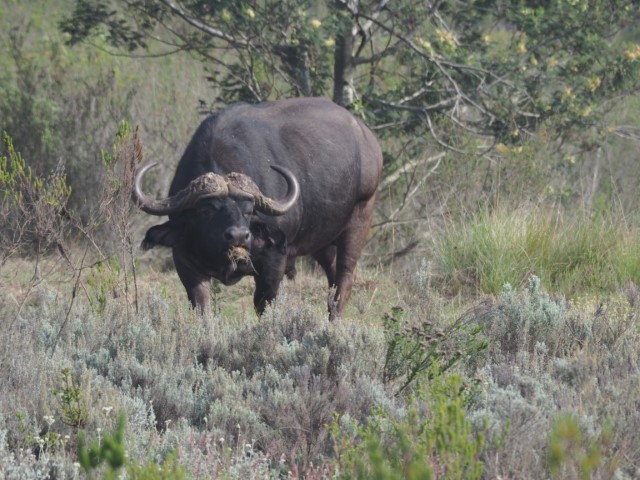 The Western Cape also offers some excellent game viewing opportunities in a reserve on the Garden Route. The Gondwana Game Reserve is a scenic four-hour drive from Cape Town, and is the only fynbos reserve in the world that’s home to free roaming Big 5. The game reserve’s malaria-free climate and exceptional year-round game viewing are two of its main draws. The Big 5 can be found here (although leopard are rarely seen), as well as giraffe, hippo, zebra and eland, against a backdrop of the Langeberg and Outeniqua Mountains.

Read Llama Travel Director Luca's blog to find out why Gondwana was the highlight of his trip to South Africa. 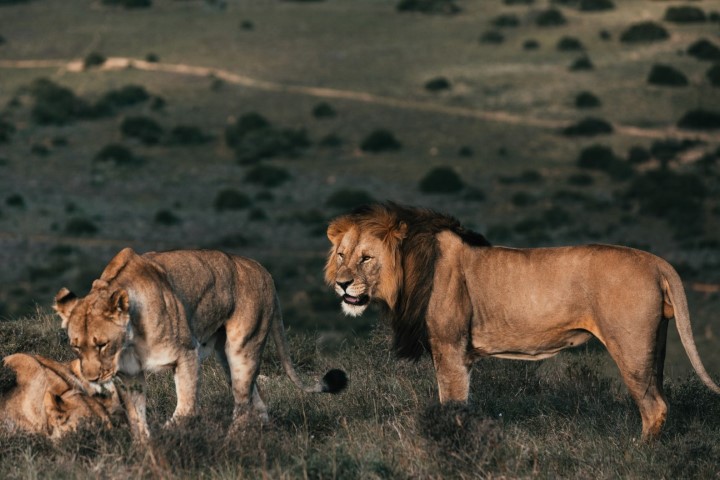 Packed with wildlife including the Big Five, the Masai Mara is Africa’s iconic safari destination. It is Kenya’s most famous reserve and one of the main reasons why thousands of people visit Kenya every year. The Masai Mara Reserve is in south-west Kenya, extending to the northern part of Tanzania’s Serengeti. Set at nearly 2,000 metres above sea level and covering an area of 583 square miles, the game reserve is made up of seemingly endless grassy plains and rolling hills, crossed by the Mara and Talek rivers which provide sustenance for the abundant wildlife.

The area is famous for being the setting of the annual great migration. This amazing spectacle happens between June and September, when over a million wildebeest and zebras make their way across the crocodile-infested Mara River, which forms a natural border between Kenya and Tanzania, to reach the savannah. Those visiting outside this period will still get to experience some of the best game viewing in the world.

Aside from the Big Five, the Masai Mara is home to cheetahs, hyenas, wild dogs, antelopes, giraffes and zebras. Large rafts of hippos and enormous crocodiles can be spotted in the Mara River. The park is a haven for birdlife too, with over 450 species including eagles, kites, hawks, falcons and kestrels.

Find out more about the Masai Mara here. 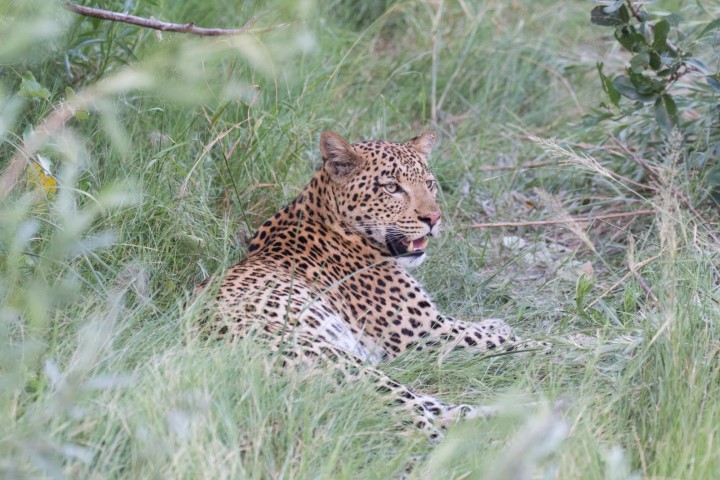 Covering almost a third of the Okavango Delta, the Moremi Game Reserve is made up of a huge variety of landscapes including pans, floodplains, grasslands, lagoons, savannahs and woodlands. As a result of the extremely variable habitat, the diversity of both wildlife and birdlife is excellent.

Moremi is home to all the Big Five. In the dry winter months of July to October, elephant herds can be seen in their thousands. Botswana is home to a third of Africa’s elephants, over 130,000 elephants, due to its great anti-poaching programmes and conversation efforts. Rhinos have been relocated from South Africa and reintroduced and the reserve is now one of the last sanctuaries for vulnerable white and black rhinos.

Other animals you can expect to see are the endangered African wild dog, cheetahs, giraffe, hippos and over 500 bird species such as the lilac breasted roller and African spoonbill.

Find out more about the Okavango Delta here.

Here are some other reserves and national parks which are just as amazing for big game spotting. 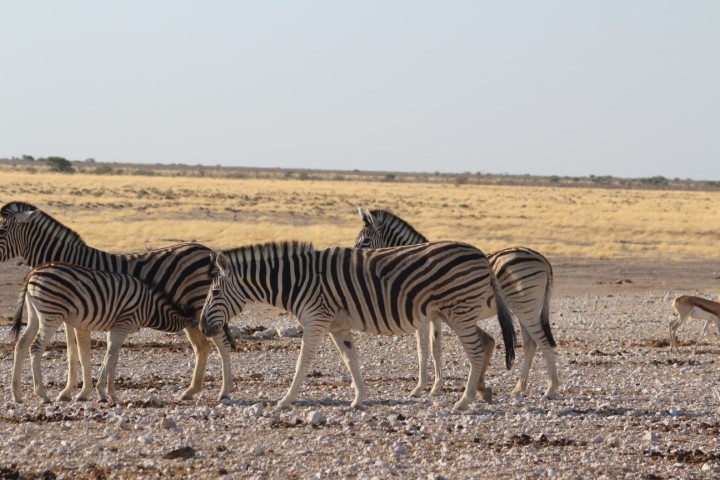 Named after the Etosha Salt Pan, the Etosha National Park is home to four of the Big Five (there are no buffalo in Etosha) and numerous other species of game. The arid nature of the desert provides a striking backdrop for a safari, and the limited water sources mean that animals congregate around waterholes, making good sightings almost a given.

Located just south of the boundary of Etosha National Park in north-western Namibia, Etosha South makes up the southern region of this wild paradise. The park can be accessed via the southern entrance at Andersson’s Gate. There are many game-viewing opportunities including lion, giraffe, elephant, white and black rhino. Popular activities include game drives, guided nature walks and watching the sunset over this magnificent landscape.

Find out more about the Etosha National Park here. 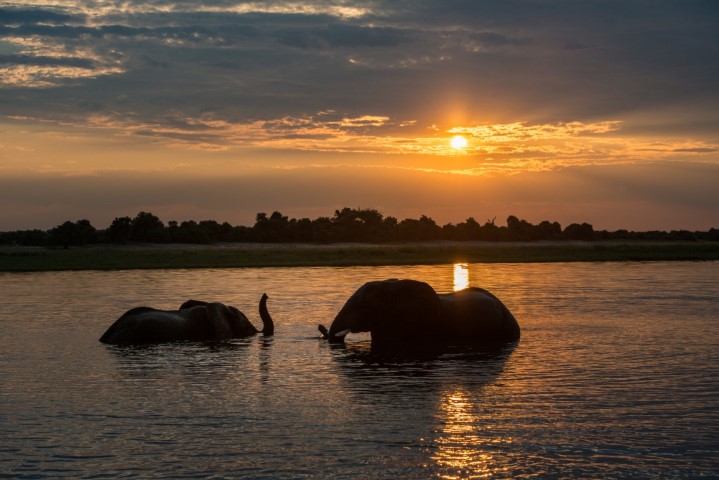 Famous for its spectrum of wildlife, Chobe National Park is spread over 11,700 square kilometres in the north of Botswana, stretching down to the fringes of the Okavango Delta. The distinctive landscapes range from swamps and floodplains to woodlands and the Chobe River which forms the northern boundary. The park was established in 1968 and supports a huge concentration of wildlife including some of the world’s largest herds of elephant and over 460 bird species.

Find out more about the Chobe National Park here. 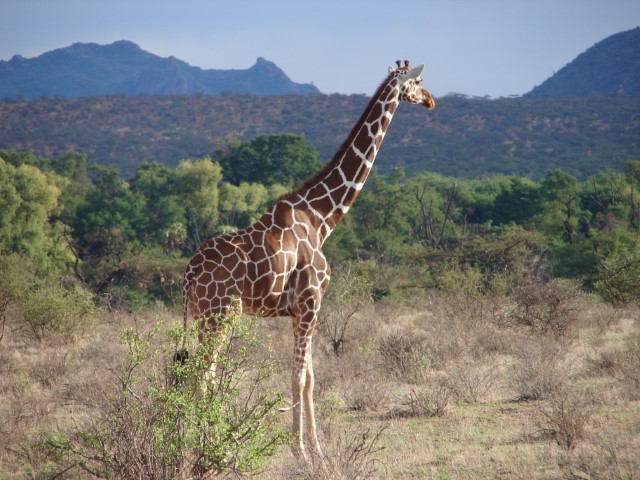 Established in 1985, Samburu National Reserve is situated alongside the Ewaso Nyiro River in Kenya’s Rift Valley province. The reserve is considered an excellent option for the more discerning safari-goers, due to its lack of crowds compared to more famous locations including the Serengeti and Masai Mara. Elephants are in abundance here, alongside many of Africa’s classic animals – from lions and leopards to cheetahs, buffalos and wild dogs. Birdlife is plentiful in the reserve too –storks, guinea fowls and ostriches to name a few.

Read more about what to expect at the Samburu National Reserve.

Going on safari is a classic part of a holiday to Africa so it’s important to choose the right safari for you. Read our blog to find out more about our different safari destinations.

Browse all our Africa holidays here and call one of our safari experts on 020 7263 3000 when you’re ready to start ticking off Africa’s Big Five.