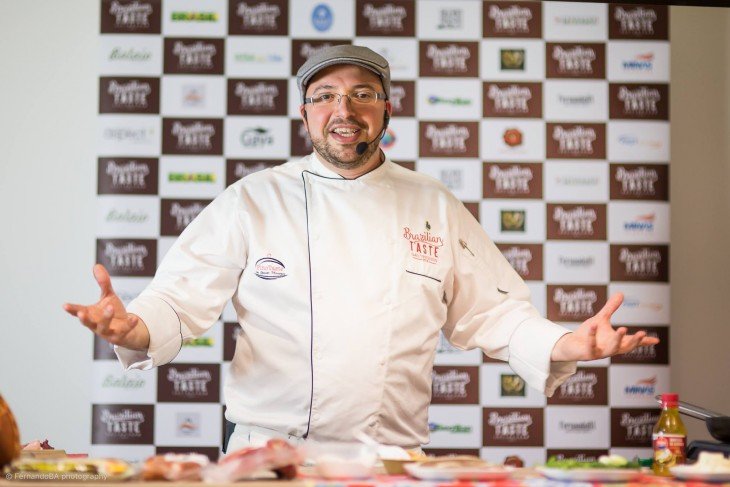 Food and culture go hand-in-hand, and it follows that eating is a very important aspect of travel for many people. I, for one, find eating the weird and wonderful food of other countries to be among the most enjoyable aspects of travel. I love food in general, and I also love adventures, so culinary adventures are right up my alley. There is little I find more enjoyable when travelling, than sitting myself down at an unassuming little spot off the main drag, and indulging in whatever dish comes recommended by the staff.

In Brazil that recommendation will vary widely, depending on where in the country you are (one look at a map of Brazil and you will immediately understand the vast variation in cultures and their related cuisines). At this point I have to admit that I have never been to Brazil, but I did recently wangle an invite to the Brazilian Taste Gastro-Show hosted by the Brazilian Embassy in London, and while it could never compare to a Churrasco (barbequed steak) devoured at a plastic dining-table on the Brazilian coast, I did get a little insight into (and taste of) Brazilian gastronomy. Here are some things I took away with me.

1. Sun-dried meat is a thing

Called Carne de Sol, it is usually beef which has been rubbed in 5-6% of its weight in (and this detail, I am told, is very important) fine salt. Traditionally, it would then be left out overnight to cure. These days though you can do the opposite, by placing in the bottom draw of the fridge for a few days. The drying-out effect is similar. It is then rinsed of the salt and sautéd in a pan with salt-free butter. Carne de Sol itself is a staple of the Northeastern region of Brazil, and when combined with a feijoada (see below) and some cornbread crumbs, you have a delicious and filling meal which is the next best thing to a trip to the country. 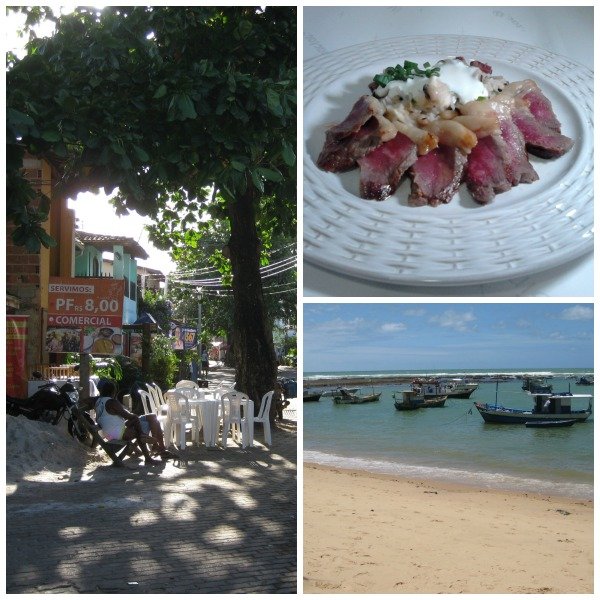 Even me, someone with limited knowledge of Brazilian gastronomy, is familiar with feijoada (admittedly working within a specialist Latin America tour operator does give me a head start). It is a Brazilian staple, and a deliciously stodgy one at that. Usually cooked with black beans, although these can be substituted with myriad other bean varieties, this is a tasty stew which is eaten all over the country. It is served with a slightly different twist in each region, however, if it’s a legit feijoada, there will be beans, and more often than not there will be little bits of pork in it too.

Think Brazil, think Rio, tiny bikinis, and perhaps caipirinhas. Most People do not think wine. But, as I discovered, the area down south, which borders Argentina and Uruguay is great wine-growing country, with a mild-to-chilly climate and an altitude of 2000ft above sea level. The industry isn’t massive, inhibited as it is by a) the lack of wine-culture in Brazil, and b) the prohibitive import/export costs. It’s fair to say that wine isn’t exactly great for giving you an insight into Brazilian culture, but still, they make it! I was plain surprised that they produce wine at all, and pleasantly surprised that it tastes pretty good.

No doubt actually visiting Brazil will reveal far more about Brazilian culture than this blog post ever could, but lucky for you, we can take you there!
If you are keen to plan your own Brazil adventure, have a look at our Brazil Holidays here, order a brochure or send us an enquiry.