Just a few hours flight from the UK, Morocco is at the crossroads of Europe and Africa. Morocco is a country rich in contrasts - from the historical imperial cities of Casablanca, Rabat, Fez and Marrakech to the geographic extremes of the Atlas Mountains, the Sahara Desert and the Atlantic and Mediterranean coastlines.  Discover the intensity of bustling souks and maze-like medinas, alongside the vastness of the pre-Sahara and remote Berber mountain villages. A melting pot of Berber, Arab, African and European cultures, it’s hard to believe that Morocco is within such easy reach of Europe.

Here’s what Scott, Llama Travel Product Manager, saw during his time in Morocco - all the photos in this blog are his own. 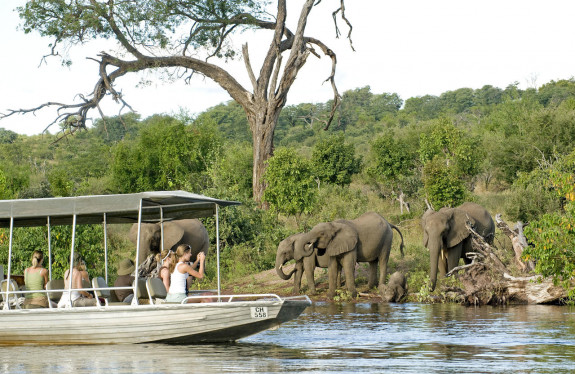 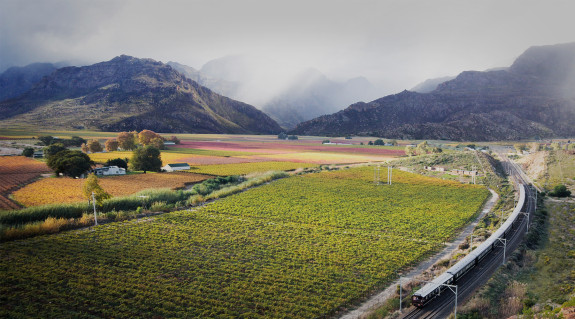 Thirty years ago, the family-run Rovos Rail began operating luxurious train journeys through South Africa and beyond. Riding on the opulent Rovos service from Cape Town to Pretoria is a fine way to witness the transformation of South Africa’s landscapes; from the semi-desert of the Karoo, to green winelands, to sweeping mountain ranges. The three-day journey covers 1,600km, with sightseeing stops in the attractive village of Matijesfontein and the diamond mining town of Kimberley.

So, what exactly can you expect when spending a night on the Rovos Rail?

Why Gondwana Was The Highlight Of My South Africa Holiday 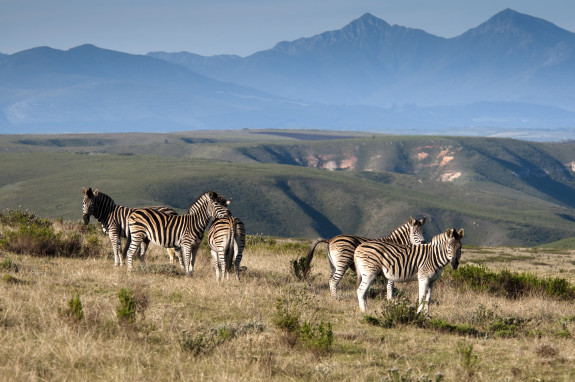 Shortly before the first covid lockdown, I was lucky enough to travel to South Africa on a family holiday. Now, after a year of no travel, I have been reminiscing about this adventure and can't wait to send passengers on a Gondwana safari trip so they can experience the amazing wildlife and beautiful landscapes for themselves when restrictions allow.

Having spent much of the past twenty years travelling throughout Latin America, this was a fantastic chance to get to know somewhere new. Cape Town was a big hit with all of us, and we loved the journey along the Garden Route, especially the whale watching in Hermanus and getting up before dawn to see the meerkats pop up out of the red earth near Oudtshoorn. But the highlight for all of us was the safari in Gondwana, a game reserve in South Africa's Western Cape, a four hour scenic drive from Cape Town... read my blog to find out why.

Samburu National Reserve: What To Expect 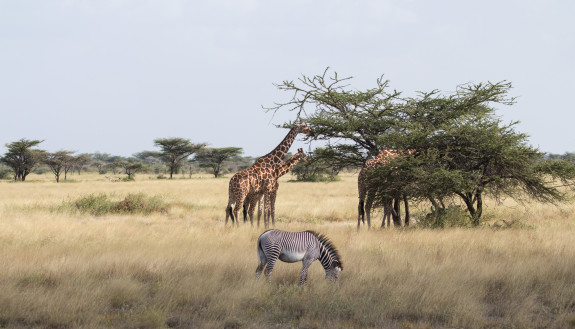 Our Product Manager, Scott, visited Kenya in 2019, on an epic journey through the country, from the Aberdares Mountains and the Ol Pejeta conservancy where chimps and rhinos reside, to the picturesque Lake Nakuru and the iconic Masai Mara. His time in Samburu though, was a particular highlight. Situated about 350km north of the Kenyan capital Nairobi, Samburu is a lesser-visited national reserve in northern Kenya, teeming with wildlife including the Big Five and rarer species that can't be found in the south of Kenya. One of the national park's main allures is that there are few tourists, so you can stay in beautiful safari lodges and go on daily game drives with a feeling of exclusivity that you don't get in Kenya's more well-known reserves. Keep reading to find out about the rugged landscapes and rare wildlife Scott saw on his trip to Samburu in Kenya.

Choosing The Right Safari For You 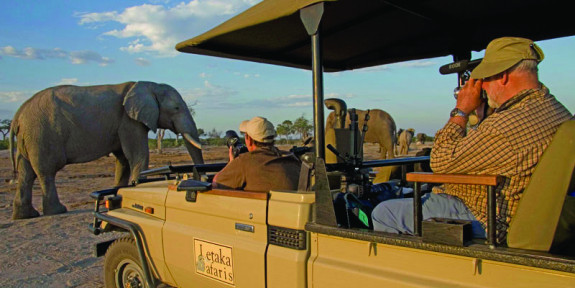 Going on safari is a classic part of a holiday to Africa, and depending on whether you choose Botswana, Kenya, Namibia, South Africa, Zimbabwe or a combination, each one offers something a bit different. All safari options we offer are planned very carefully to coincide with when you are most likely to see wildlife. However, it is important to understand the factors which make each one unique, and what their implications are for your safari experience. 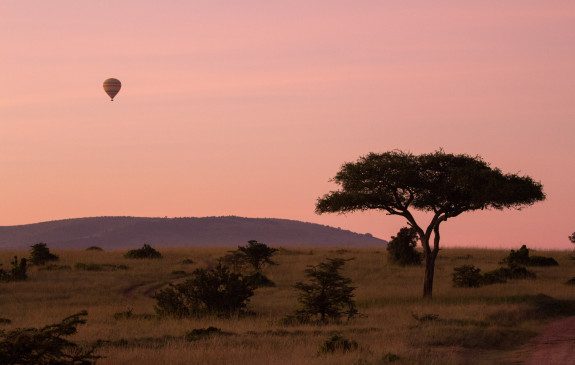 Over the last few months, we’ve been busy working behind the scenes on exciting new destinations to pin on the Llama Travel map. In July 2019, we introduced a whole new continent, Africa. Using our expertise and the same combination of high quality, excellent value and small group flexible tours that we offer in Latin America, our Africa holidays have a mix of amazing wildlife, culture, activities and scenery, paired with authentic lodges and great cuisine. Until now, we’ve only offered trips to Southern Africa, including Namibia, Botswana, South Africa and Victoria Falls.

We’re excited to announce that our next country is located in East Africa, sitting on the equator and offering everything from game-filled national parks and picturesque mountain scenery to palm-fringed white sandy beaches. Here’s what our Product Manager, Scott, saw during his time in Kenya - all the photos in this blog are his own.

What To Pack for a Safari in Botswana 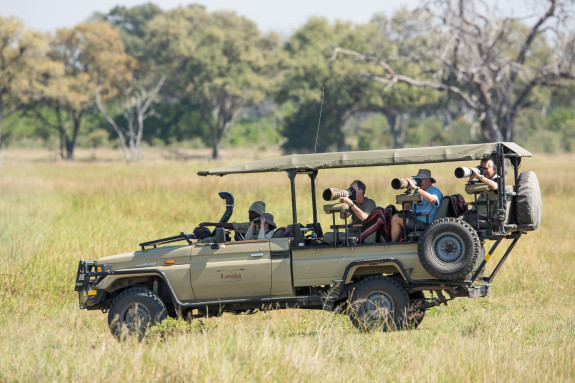 Which is the Best Lodge in South Africa's Kruger? 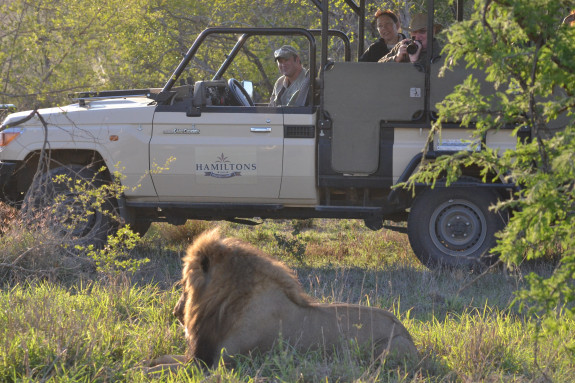 The Kruger National Park is South Africa’s iconic safari destination, and there are excellent game reserves bordering the Kruger itself, as well as some private fenced reserves nearby. All safari options we offer have a similar format, with game drives in the morning and afternoon. However, there are differences in the experience, so it is important to understand the factors which make each one different, and what their implications are for your safari experience. Graham from the Llama Travel sales team recently travelled to the Kruger to check out the three different lodges we offer in and around Kruger National Park. Keep reading to find out which lodge suits you best.

A couple of weeks ago we gave you our top picks for Latin America, so this week it’s Africa’s turn. If you’re counting down the days until you can next get on a plane and witness amazing wildlife spectacles on a classic safari, uncover South Africa's moving history, explore Namibia's vast rugged landscapes and feel the spray of one of the Wonders of the World in Zimbabwe, keep reading for some ideas on where to go in Africa next year.