Guatemala is a small country with a fabulous history and incredible geographic diversity. In an area little more than that of England, Guatemala contains beautiful mountains and volcanoes, lakes, jungle and Caribbean and Pacific coastlines. In the rainforest of northern Guatemala, some of the great Maya cities emerged.

The country was the heartland of the Maya for thousands of years, and during the Maya civilization’s heyday, from 250AD – 900AD, the great Maya citiy-states, such as Tikal in northern Guatemala, reached their peak. Here, in the middle of the jungle, great temples, plazas and palaces were built by the sophisticated culture, with complex astronomy and writing.

After the Maya declined, other groups formed in the Guatemala highlands, including the K’iche. When the Spanish conquistadors arrived in Guatemala in 1524, 3 years after having defeated the Aztecs in Mexico, it did not take long for them to defeat the K’iche. The Spanish established the capital of all Central America at Antigua, still one of the most beautiful colonial cities in the Americas. The capital was moved nearby to Guatemala City in 1773, after an earthquake destroyed much of Antigua.

Guatemala won independence from Spain in 1821, although this did little to improve the lives of the majority of the indigenous population, who were still dominated by the large landowners. Today, a little over half of the 13 million inhabitants of Guatemala are descendents of the Maya, with the vast majority of the remainder descended from both the Maya and Spanish settlers. 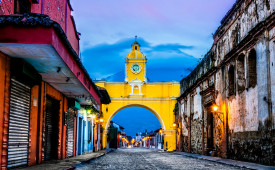 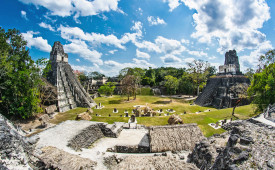 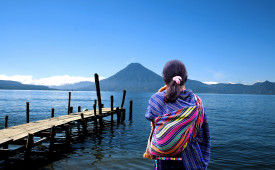 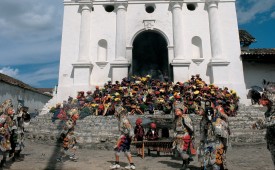 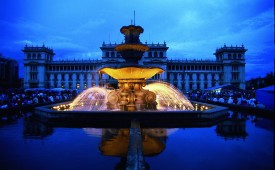 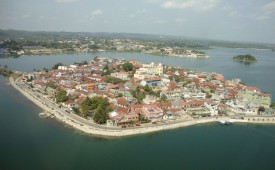