Kenya is the birthplace of safari holidays and the destination that many of us have on our lists after watching the iconic ‘Out of Africa’. Nestled on the coast of East Africa, straddling the equator and with Mount Kenya standing proudly above wide-open savannahs and dense forest, Kenya’s dramatic geography and equatorial position has resulted in a range of habitats. Much of the country is made up vast wildlife reserves home to the Big Five (lion, leopard, buffalo, elephant and rhino) and hundreds of other species. As well as the vast open plains of the Masai Mara and other national parks, Kenya boasts white sand beaches, flamingo-filled lakes surrounded by wildlife sanctuaries, snow-capped mountains where rarer game species reside and bustling cities including the capital Nairobi, and Mombasa on the coast.

The sheer abundance of wildlife and the ability to witness it at such close quarters is undoubtedly what draws many people to this part of the world. The whole safari experience is magical, and you’ll soon slip into the daily rhythms of life here – from the early starts and time to relax around the lodge during the warmest part of the day, to the sundowners and delicious meals, which are all included. Game drives take place early each morning and afternoon as this is when wildlife viewing is at its best. Vehicles have a popup roof and a maximum of six passengers so everyone has a window seat for maximum game viewing and photography opportunities. Evenings in the bush often end with drinks and stories by the campfire under a starry sky, before retiring to your room with a bedtime soundtrack of the weird and wonderful creatures that come out at night.

The greatest density of game resides in the Masai Mara National Reserve on Kenya’s southern border, renowned for the great migration which happens every year between June and September. This is one of the world’s most quintessential wildlife experiences, high up on many people’s bucket lists and unlike any other natural phenomenon. It is a classic example of the survival of the fittest, as over a million wildebeest, zebra and antelope make their way across the river bordering between Kenya and Tanzania, facing predators in the form of crocodiles and lions along the way. The Masai Mara offers excellent sightings of the Big Five in their natural habitat as well as other animals including cheetahs, zebras, hippos, crocodiles. Birdlife is plentiful here too, with species including storks, spoonbills, kites, secretary birds, ostriches, cranes and eagles.

Further north, another place to take in Kenya’s fabulous wildlife is Samburu National Reserve, where rarer species (the Samburu Special Five) roam around, protected by dedicated conservation efforts. Samburu lies within the Great Rift Valley which stretches across Kenya, made up of volcanoes, lakes and flat desert landscapes. This region has produced some of history's most important archaeological finds and is known as the cradle of humanity. It was formed by violent subterranean forces that tore apart the earth’s crust. Also forming part of Kenya’s Rift Valley, you can visit Lake Naivasha and Lake Nakuru, renowned for the flamingos that paint the landscape a vibrant pink. Within Lake Nakuru National Park there is a sanctuary protecting rhinos and giraffes, whilst other species such as zebras, lions, buffaloes and antelopes can be found grazing on the lake shoreline. Another location where wildlife is protected is the Ol Pejeta Conservancy, home to the largest population of black rhino in East Africa and, sadly, the world’s last two remaining northern white rhinos. In the conservancy you’ll get a chance to learn about these incredible creatures as well as the chimps in the Jane Goodall Sanctuary.

At the end of your safari holiday, Kenya’s golden beaches provide the perfect place to wind down, lapped by the warm Indian Ocean which beckons with activities including kite surfing or sailing on a traditional wooden dhow. Diani Beach is a popular beach area where snorkelling on the coral reef and relaxing under the shade of the palm trees are just some of the attractions. Nearby Mombasa is Kenya’s second largest city, characterised by old colonnaded streets and a thriving port.

The capital of Kenya is Nairobi, a fast-growing cosmopolitan city boasting a vibrant cultural life, a range of excellent restaurants and lively nightlife. In Nairobi itself you’ll find a range of museums and markets to explore, whilst Nairobi National Park is a short drive away, home to four of the Big Five roaming in open plains with a city backdrop.

A holiday to Kenya also provides the chance to learn about and become immersed in the local culture. The Masai are some of Africa’s most well-known people, but the country is also inhabited by tribes such as the Samburu, the Swahili and the Kikuyu, who maintain a traditional way of life. There are opportunities to give back to the communities you visit, by meeting the locals in schools and Masai villages as well as visiting farms where one of Kenya’s biggest exports, tea, is grown and produced. 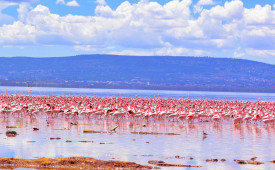 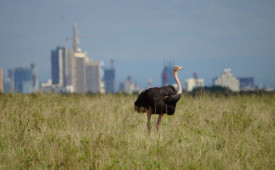 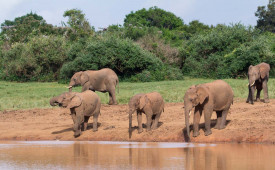 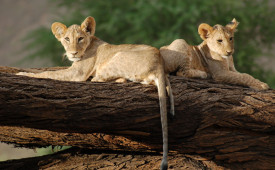 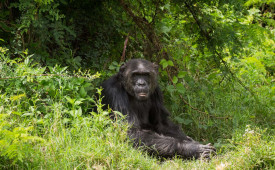 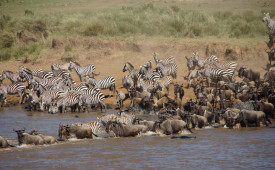 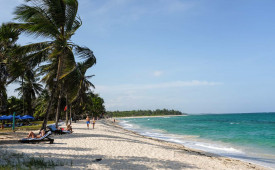